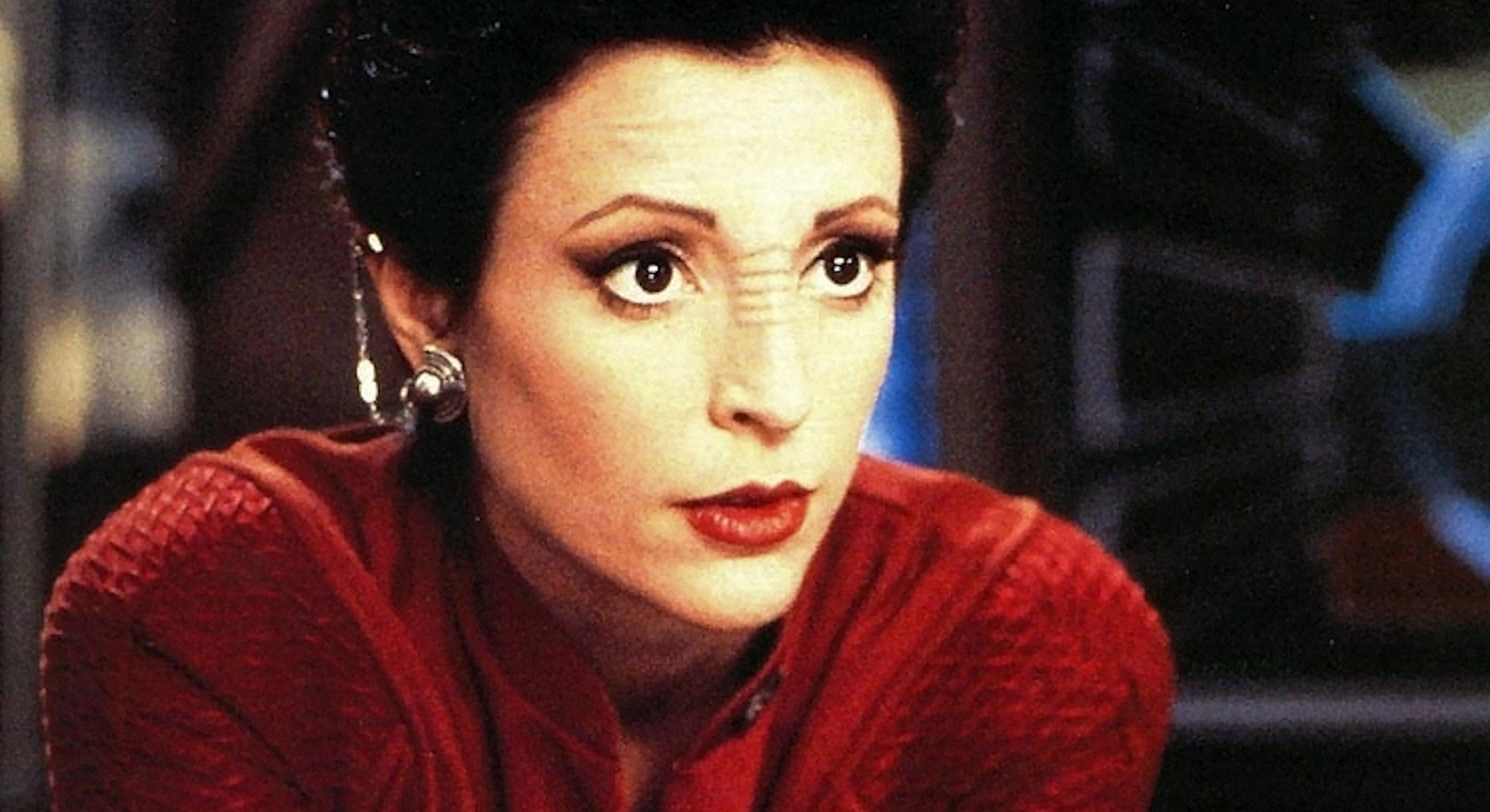 For one Star Trek legend, the feeling the return evokes is wonderful, but also bittersweet. “It feels better than I thought it would,” Nana Visitor says of her return to Trek as Kira, now the commander of the space station Deep Space 9 in the Lower Decks Season 3 episode, “Hear All, Trust Nothing.” Speaking to Inverse ahead of the big DS9-Lower Decks crossover, Visitor revealed what it was like coming back to play Kira for Lower Decks, why the character is always with her, and what that 1990s DS9 backlash really felt like. Spoilers ahead.

As longtime Star Trek fans might remember, as beloved as Deep Space Nine is now, that wasn’t always the case. As a 1993 spinoff that aired concurrently with the final two seasons of The Next Generation but before the debut of Voyager in 1995, the cast and crew of Deep Space Nine often felt like Star Trek’s overlooked “middle-child.” This was especially true for Visitor; she was playing Trek’s first female first officer, who also happened to be opinionated, a former freedom fighter, and not a part of Starfleet.

“I didn't realize how painful not being accepted was,” Visitor explains. And she’s not just talking about ‘90s Trekkies who were slow to take DS9 into their hearts. She’s also talking about the vitriol hurled at her from sexist trolls back in the day. “Major Kira was a problem for so many men and women,” continues Visitor. “Which was so hard. I played her on the full spectrum of being human. It didn’t feel binary to me. It didn’t feel like she had to be a woman under the cultural dictates of the ‘90s. I didn’t want to play her that way. So, yeah, of course, we got backlash.”

Fast-forward to 2022, and not only is Deep Space Nine often cited as the favorite “classic” Trek series among hardcore fans but also the go-to binge-watch for contemporary Discovery cast members like Mary Wiseman and Blu del Barrio. Nowadays, the idea that DS9 is somehow less than the other shows is certainly a popular opinion of the past. “I think it went through the roof recently, in terms of people wanting to talk to me about Kira, especially during the pandemic,” Visitor explains. “She’s never far from my mind.”

In the new Lower Decks episode “Hear All, Trust Nothing,” Visitor returns as the voice of Kira, in a story that finds the USS Cerritos visiting Deep Space 9 in the year 2382 (chronologically, just seven years after the events of the DS9 finale). Here, we find Colonel Kira in full command of the station and still having to keep an eye on Quark, once again, played by Armin Shimmerman. When the call came through from Lower Decks showrunner Mike McMahan to do the episode, Visitor was ready.

“I had seen the show. There was no hesitation,” Visitor says. “I love what they’re doing. It's doing what Star Trek does so well. It’s giving people a collective of humanity and saying, ‘It’s OK if we fail. This is human. And we can still progress and go beyond what we think our expectations of ourselves are.’ It was a very quick ‘yes.’”

“Hear All, Trust Nothing” is, of course, packed with Deep Space Nine Easter eggs, but one of the more subtle moments happens near the beginning of the episode when we see Kira gaze out from her office (formally Sisko’s office) to watch the wormhole open. It’s a poignant beat and an interesting non-comedic moment for Lower Decks. Speaking to Inverse ahead of the debut of Season 3, showrunner Mike McMahan revealed that this exact scene with Kira was the ending of the Season 3 trailer for “a very long time.” But because he wanted to preserve this emotional moment for the fans, McMahan had it removed from the trailer, telling Paramount: “Let’s wait. Let’s wait!”

So, now that Kira has returned to the Trek canon in Lower Decks, does Nana Visitor see herself doing even more new Star Trek? In addition to researching her forthcoming book, Star Trek - A Woman's Trek, Visitor thinks a future live-action incarnation of Kira could continue to push boundaries on sci-fi TV.

“When I was in Deep Space Nine, I was just the right age, as a woman, for culture. But the kind of woman I was, was a little tough to swallow,” Visitor says. “Now, I'm more the kind of woman that everyone can accept. But there's an ageist quality that comes in now. I'm an older woman. That interests me.”

“Is there someone in [a future Star Trek series] who is an ethics officer?” Visitor continues. “Someone that people come to and ask the bigger questions? I can see Kira being an older woman and giving other women, all women hope that it doesn’t end because you’re 65. And you don’t have to be 65 in the way the culture thinks you have to be 65. Although that’s getting better and better, I think we can push that envelope a little more.”