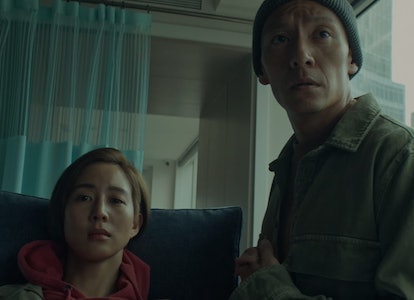 Sci-fi movies are never shy about their worldbuilding. The technologies and futuristic culture usually take the front seat, with everything else serving as a mere vehicle for the special effects and visions of the future. But that’s not the only way to make a sci-fi film.

Take Blade Runner. It’s a noir movie, but it’s really a sci-fi feature that uses the noir formula as a backdrop. What if this approach was reversed? That’s the question answered by this 2021 film, which uses sci-fi as a canvas on which to paint a thrilling mystery.

The Soul is a 2021 Chinese-Taiwanese sci-fi mystery directed and co-written by Cheng Wei-hao. It focuses on a police officer named Liang Wenchao (Chang Chen), who’s on medical leave after being diagnosed with brain cancer. He decides to investigate the murder of a CEO whose company is pioneering a new cancer remedy, but finds that the truth behind the case and treatment aren’t what they seem.

At first glance, The Soul may seem like a supernatural movie dealing with the occult. But like many of the best supernatural movies, there’s a scientific explanation behind even the most convoluted occurrences, like why the CEO’s new wife appears to be possessed by his first spouse.

What’s your favorite sci-fi movie? Tell us now for a chance to get paid to write an article for Inverse.

Aside from the surreal twists and turns, The Soul is first and foremost a whodunit, following Liang and his pregnant wife (also a police officer) as they uncover layer after layer. Along the way, Liang’s personal life gets tangled up as he struggles with his own health, and his wife begins to wonder if the case is worth losing her partner.

There’s a huge twist in the third act that makes The Soul more like Being John Malkovich than Knives Out. We won’t spoil it, but rest assured it’s not anything you’d expect from a detective thriller, and maybe not even from a sci-fi movie.

The ending is less shocking, but layered in ambiguity. You learn who the perpetrator is, but the truth is a lot more complicated than just one person settling an old grudge.

The Soul is another film in the long tradition of international features unafraid to take risks. While it can be tempting to just replicate the Hollywood formula for success, it takes guts to go out on a limb and combine genres in a way that hasn’t been done before. That’s what The Soul does by combining mystery and science fiction, and it does so incredibly well.

There’s something magical about a movie than can make you forget it’s set in the future until that reality rushes to the forefront. This is a human story first, and for most of the film that’s what drives the action until a bonkers twist grabs the reins and takes it home.

If you’re looking for a mystery unlike any other, or want to see what’s going on in neo-noir in this day and age, look no further than this film.

The Soul is now streaming on Netflix.