“Something wicked this way comes.” 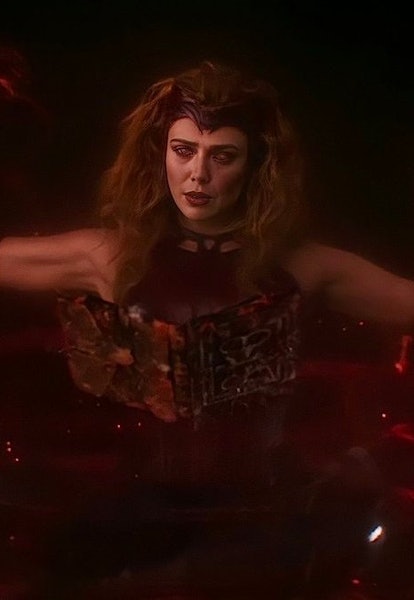 My love for comic books has always been tied to my love of horror.

Fairy tales, superheroes, and horror all formed an easy and informative track for my young mind. So it should come as no surprise that my favorite superheroes were the ones whose books dipped a toe (or sometimes an entire foot) into the dark waters of the horror genre.

I fell in love with Batman because of Gotham City’s Gothic vibes, which extended to tragic and disfigured villains like Two-Face, The Joker, Man-Bat, and Clayface. Batman: The Animated Series was a haven for kids like me, who wanted a modicum of fear in their Saturday morning cartoons. Spider-Man, though generally a more optimistic and fun character, had his own fabulous monsters in the form of Venom, Carnage, The Green Goblin, and Morbius.

The ‘90s were a boom period for young, hungry genre fans. This was the age of Spawn, The Crow, Midnight Sons, and Doomsday. If you loved superheroes, it was impossible not to find your horror fix across comics and television.

But ‘90s movies were another story.

Following the release of Tim Burton’s Batman films, and particularly the pushback that Batman Returns (1992) received from parents’ groups, the few superhero movies that got made inevitably strayed from the horror of the comics and previous television adaptations.

Sure, we got Spawn (1997), for which I harbor a nostalgic soft-spot. Blade (1998) put Marvel on the map in Hollywood and still holds up fabulously. But as we entered the 2000s and the post-9/11 boom of superhero movies, horror elements weren’t on most studios’ agendas.

Hulk (2003) never looked or felt as terrifying as Marvel’s ‘man or monster?’ myth suggested it might. Batman Begins (2005) which I love dearly, didn’t push the Scarecrow as far as it could have in terms of horror elements, despite Cillian Murphy’s creepy performance as Scarecrow. Ghost Rider (2007) opted for the silly rather than the horrific side of Johnny Blaze being possessed by a demon. We saw glimpses of horror in Sam Raimi’s Spider-Man films, like the Doc Ock hospital scene, but that felt like more a result of the filmmaker’s natural tendencies than any effort to embrace superhero horror at the studio level.

As the 2020s get rolling, horror movies are back and bigger than ever. Now, it appears Marvel and DC are starting to catch on. Here’s why horror has always been at the heart of superhero storytelling, and what the big two need to do about it.

A brief history of horror comics

To start, a history lesson. For as long as they’ve existed, comic books have been tethered to horror. Before Superman changed the medium in 1938, ushering in the age of heroes, comics and the pulp magazines they sat alongside often relied on detective stories centered on murderers and madmen.

By the time Superman and Batman changed the industry, horror comics had become a staple with adaptations of Dr. Jekyll and Mr. Hyde and the works of Edgar Allen Poe. But the most notable horror comics arrived in the early 1950s from EC Comics: Tales from the Crypt, The Vault of Horror, and The Haunt of Fear.

Yet, essential as those horror comics proved for the medium, their demise came about all too quickly — thanks to psychiatrist Fredric Wertham’s publication of Seduction of the Innocent, which proposed comics were causing bad behavior and sexual deviancy among minors. With Wertham’s claims backed by a Senate hearing, the installation of the Comics Code Authority ended the reign of horror comics. Like all good monsters, though, they would eventually come crawling back.

As the Comics Code was eventually updated, Marvel reinvested in the horror genre with Morbius, The Living Vampire, Werewolf by Night (which introduced Moon Knight), and The Tomb of Dracula (which introduced Blade). These books saw monsters sharing the same space as Marvel’s most popular superheroes, leading to a revival in the ‘90s via groups like Midnight Sons and Nightstalkers.

Oddly, as horror comics have become increasingly popular thanks to publishers like IMAGE, Boom, Dark Horse, and Dynamite, Marvel Comics hasn’t done much to reinvigorate their horror characters. Greg Smallwood pitched a new Midnight Sons comic that Marvel turned down, and Ghost Rider and Morbius had all-too-short-lived revivals of their ongoing series.

There were exceptions. Venom successfully navigated horror thanks to Donny Cates and Ryan Stegman, and the upcoming relaunch from Al Ewing, Ram V, and Bryan Hitch looks to continue the character down that path. Blade is now a member of the Avengers. Dracula is a primary antagonist in the current runs of both Avengers and Wolverine. And Morbius is the antagonist in the upcoming Spider-Man Beyond arc, running through The Amazing Spider-Man.

Surely, something in Marvel comics will shift as Doctor Strange in the Multiverse of Madness pushes the MCU into horror territory. Scarlet Witch had a fantastic horror arc ongoing from James Robinson, which ran from 2015 to 2017, and Doctor Strange’s goings-on have always been entrenched in the more terrifying corners of Marvel. Putting the two characters together in a movie (with Sam Raimi directing!) is a clear sign that Marvel’s ready to get spooky again.

We’ve already seen glimpses of what some of those multiversal horrors might be thanks to What If/ episodes centered on a cosmically possessed Doctor Strange and Marvel Zombies. Now it’s time for the live-action movies to follow suit.

In the comics, Doctor Strange was also responsible for wiping out most of the world’s vampires. He was at the center of their return in The Vampiric Verses arc in 1990. With a Mahershala Ali-led Blade movie in the works, it makes sense that the Doctor Strange sequel could unleash vampires on the MCU — their existence was already acknowledged in Loki.

Plus, with Morbius hitting the screens in January and star Jared Leto already expressing interest in a showdown with Blade, both characters are due for a comic book reinvigoration. Given the success of Venom: Let There Be Carnage, Marvel is surely taking into account what Sony is building in its horror-adjacent Spider-Man Universe and plans to react accordingly.

Rumors are swirling of a Werewolf by Night adaptation for Disney+. Marvel Comics is sheepish about reintroducing Midnight Sons within the comics, but Marvel Studios may already have something in the works once the logistics of the multiverse are worked out: Blade, Morbius, Werewolf by Night, Moon Knight, and Scarlet Witch would make a pretty legendary lineup. All we need next is for the MCU to reignite Ghost Rider’s skull.

DC, on the contrary, has had no problem embracing horror on its comics side. From imprint Vertigo — which gave us The Saga Swamp Thing, The Sandman, and Hellblazer while bringing new voices from the UK to American comics — to the current Black Label and Hill House imprints, DC has given us plenty to keep us up at night. And that’s all without noting titles like Batman, Swamp Thing, and Justice League Dark that have gone full-tilt into horror themselves.

But on the film side of DC’s slate, things are less suitably scary. Swamp Thing quickly crashed and burned on DC Universe (despite being excellent). Zatanna is in early development, with Oscar-winning screenwriter Emerald Fennell (Promising Young Woman) attached, but that won’t necessarily be horror. Meanwhile, J.J. Abrams has long been rumored to be putting the long-gestating Justice League Dark project together for HBO Max, and a series based on Hellblazer that will follow John Constantine is also rumored for the streaming service.

Despite all of its horror riches, the closest the DC Extended Universe may get to scaring us is James Wan’s Aquaman: The Lost Kingdom, which the director has said is inspired by Mario Bava’s Planet of the Vampires. (Outside of the DCEU, Netflix’s The Sandman will hopefully capture the brilliance of Neil Gaiman’s comics.)

There are many opportunities for Marvel and DC to fully embrace all things dark and wicked. After all, superheroes don’t solely need to be concerned with stories of hope. But first, Marvel needs to rediscover horror in its comics department, and DC needs to start adapting more of its library to the screen.

There is an eager audience for the merging of these genres, but in order to take full advantage of it, Marvel and DC both need to get their Houses of Horror in order.

The Inverse Superhero Issue challenges the most dominant idea in our culture today.