“I stayed with them. I became one of them.” 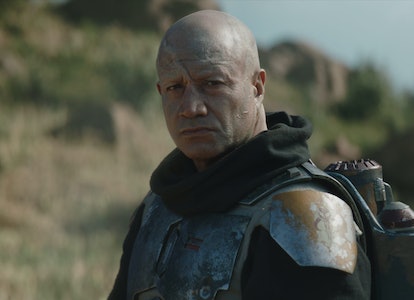 The Mandalorian knows its history.

Though the series is positioned to lead the Star Wars franchise into the future, its narrative has always reached into the past, be that through incorporating flashbacks from Din Djarin’s early life or reintroducing beloved characters like Boba Fett and Bo-Katan Kryze.

Now, Boba Fett is set to helm his own spinoff, The Book of Boba Fett, and The Mandalorian Season 3 is expected to intersect with that legendary bounty hunter’s new story. Could this mean a new member of the Fett family will be introduced into the Star Wars canon?

Here’s how such a twist could connect nearly every recent Star Wars series.

The Fett “family” is probably the largest in the galaxy when one accounts for the amount of Jango Fett clones that fought during the Clone Wars. But most of its members — from Boba to Jango and all the clones in-between — look exactly the same. That said, there’s more to the Fett clan than you may realize.

Die-hard Mandalorian fans will recall the scene in which Boba shows Din Djarin the chain code attached to his iconic armor. A fan translation of the code revealed that it read “Concord Dawn” and “Mentor Jaster.” This reference harkened back to the rescue of Jango Fett from the planet Concord Dawn — back when he was a foundling just like Din.

Jango Fett: Open Seasons #1, a non-canon comic published in 2002, follows the rescue of Jango via flashback, not dissimilarly to how we saw Din’s play out in The Mandalorian Season 1. On Concord Dawn, readers saw a young Jango witness his family trying to defend themselves from the terrifying Mandalorian Death Watch (then in the grips of a civil war with Jaster Mereel and the True Mandalorians).

Before he’s rescued by Jaster, the Fett family falls victim to the Death Watch. Jango manages to escape, but his parents and sister are presumed dead.

Arla Fett was originally meant to be executed, but just as Jango was adopted by the True Mandalorians, Arla became a member of the Death Watch — before an unstable mental state brought on by severe Stockholm Syndrome forced her into an institution. In the Legends novel Imperial Commando: 501st, by Karen Traviss, a Jedi named Bardan Jusik encountered the fragile Arla, who was wracked with guilt and heavily sedated; in an act of kindness, Bardan Jusik wiped her memories using the Force.

As Jango’s sister, Arla is Boba’s long-lost aunt — a key member in both his personal history and in Mandalorian history overall. She’d be an old woman by the time The Mandalorian takes place, but she would be able to tell Din and Boba about the Mandalorian Civil War while providing Boba with the real, flesh-and-blood family he never had.

Alternatively, Jango’s rescue and his family’s supposed death could be shown in flashback, with Arla’s story used to demonstrate just how merciless the Death Watch truly was — something Bo-Katan Kryze can also attest to.

Regardless, Arla Fett would be just what the series needs to strengthen its deep sense of Mandalorian history.