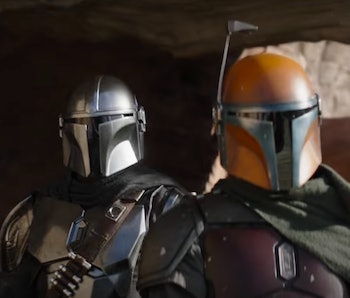 “Your cult fractured our people!” In the new Mandalorian Season 3 trailer, released to the public this Saturday during D23, Bo-Katan (Katee Sackhoff) accuses Din Djarin (Pedro Pascal) of being at least partially responsible for the terrible things that happened to Mandalore at the end of the Clone Wars and during the reign of the Empire. In doing so, it looks like Mandalorian Season 3 will finally get down to the business of reconciling the Mandalorians we know from the animated shows — like The Clone Wars and Rebels — with the versions we’ve been getting on The Mandalorian.

Here’s why that matters for the future of Star Wars, and what you need to know as we gear up for The Mandalorian Season 3.

What happened to the planet Mandalore?

In the new trailer for The Mandalorian, after Bo-Katan tells Mando that the existence of the Children of the Watch (“your cult”) fractured all of Mandalorian society (“our people”) she then says, “Where were you then?”

This question sets up a lot of tension about Season 3, which looks to be focused on how Mando’s current status as a “true” Mandalorian is not only in question by his “people” but also a little confusing. Bo-Katan and her followers are, in theory, traditional Mandalorians who are unconcerned with the strict orthodoxy of “the Way” observed by the Children of the Watch. This was established pretty well in Season 2, but Bo-Katan’s question is a little more interesting when we really dig into it. She asks “where were you then?” But which then doe she mean?

There are basically five events in Mandalorian culture that could connect to the fracturing of the entire people.

Pre-Battle of Naboo in Phantom Menace — Mainstream Mandalore becomes peaceful, but traditionalists break away from this movement. (This is a vague backstory established in the CW episode “Voyage of Temptation.”)

During the Clone Wars — Death Watch (a group of traditionalist Mandos of which Bo-Katan was a member) attempted to overthrow the government, oddly, with the help of Darth Maul. During this conflict, Bo-Katan eventually switches sides, and her elite “Nite Owls,” become their own thing. (A lot of this is resolved in the Clone Wars episode “The Lawless.”)

The Seige of Mandalore — This battle at the end of the Clone Wars was depicted mostly in the Clone Wars episode “The Phantom Apprentice.” Bo-Katan probably isn’t talking about this, but it’s worth mentioning because it’s often confused with another event.

The Great Purge of Mandalore — Although Moff Gideon referred to “the Seige of Mandalore,” in The Book of Boba Fett, we learned this was pretty much not the same thing. “The Great Purge of Mandalore,” including “The Night of a Thousand Tears,” was an attack carried about by the Empire sometime after Rebels, but before The Mandalorian, which means it happened after the Clone Wars were over. We don’t really know exactly when this event happened or how it led Moff Gideon to get the Darksaber. But it seems to be the big event that left Mandalore decimated, and scattered any surviving Mandalorians across the galaxy.

Because her question is all about the horrible result of the Mandalorians becoming divided, the question, “where were you then?” could oddly refer to any of these events. But, if she’s talking about anything other than the final two events, Din Djarin was a little kid for most of this. After his parents were killed during the Clone Wars, Din was adopted by Mandalorians who were clearly part of the Children of the Watch. (Reminder: Bo-Katan is older than Mando by like two decades.)

What does Bo-Katan care about any of this? Well, it seems she’s pinning any disarray and destruction on Mandalore on Mando’s sect specifically. The “you” in her statement could generally refer to the Children of the Watch. Where was Mando’s tribe when the rest of Mandalorian society was getting destroyed?

Because the word “watch” exists in both “Death Watch” and “Children of the Watch,” there’s some fandom speculation that the Children of the Watch are, in fact, an offshoot of Death Watch. This would indicate that there’s a clearer connection between Mando’s sect and the massive change Mandalore underwent prior to The Phantom Menace. In fact, Bo-Katan’s statements in the Mando Season 3 trailer strongly suggest the Children of the Watch are, at least in some way, responsible for not only the Great Purge of Mandalore but also the cultural division that became the status quo throughout the Clone Wars.

Season 2 of The Mandalorian made it seem like the Children of the Watch were a strange curiosity, a kind of side-cult within the larger mess of Mandalorian society. But now, Bo-Katan has retroactively raised the stakes. Instead of “the Way” existing as a quirky extremist code, it’s possible it was a way bigger deal in more recent Star Wars history than we might have thought.

If Mando Season 3 follows through on what the new trailer is laying down, the muddled Mandalorian history — which has been complicated by The Clone Wars, Rebels, and The Mandalorian — may finally become crystal clear.