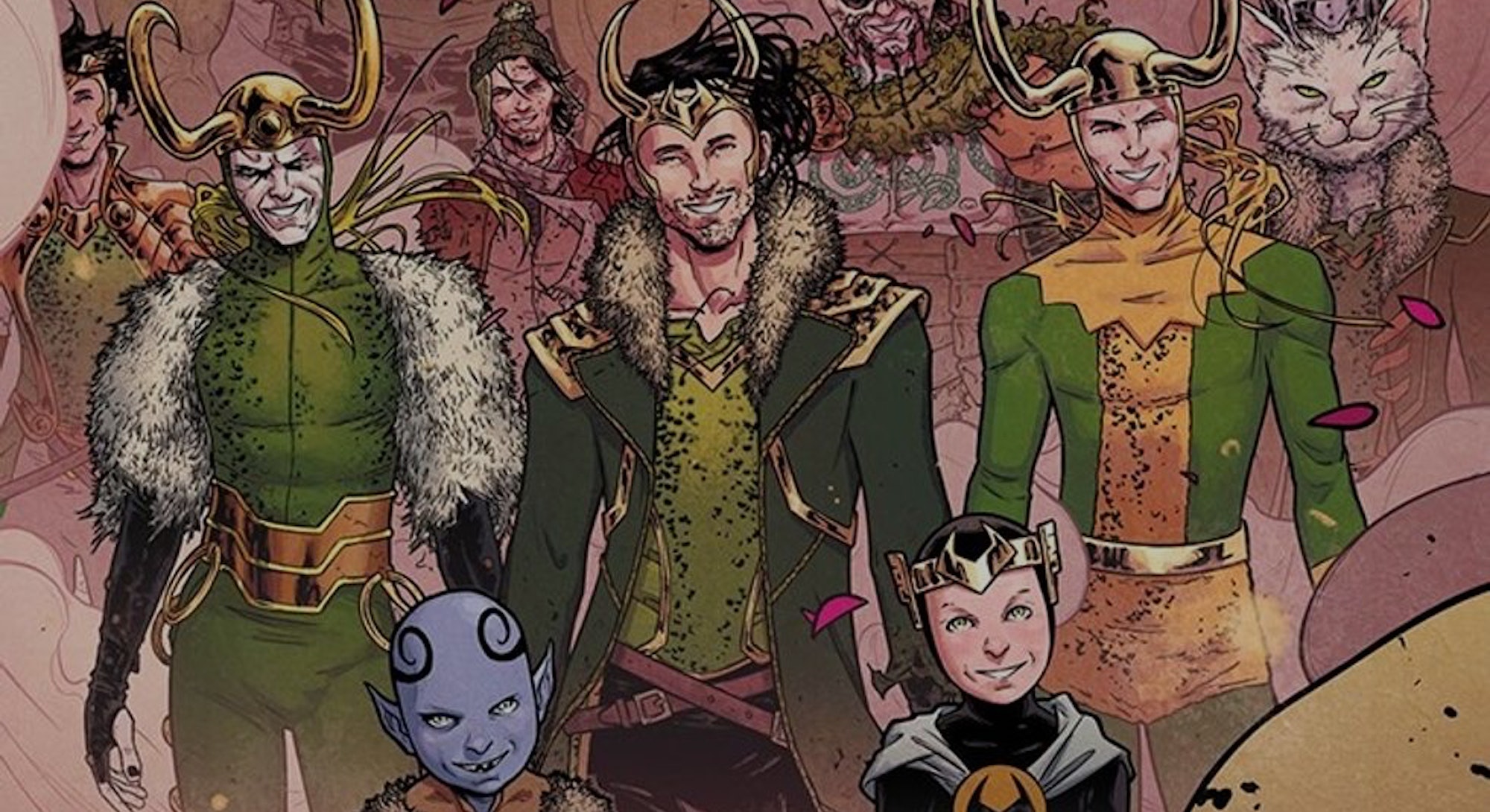 Out of all Loki’s fascinating concepts, “variants” will matter the most.

The Time Variance Authority’s lovable mascot Miss Minutes put it best. These beings who step off the path of the so-called “Sacred Timeline” represent the threat of branching realities and encroaching chaos, two ideas that will shape the future of the Marvel Cinematic Universe.

As revealed by Loki Episode 2, these variants can vary in appearance, gender, and race, essentially opening the door for a whole multiverse of fresh takes on beloved heroes.

Comic fans are already aware that multiverse theory opens up ample storytelling opportunities in the MCU. One such storyline, based on the trailblazing comics crossover Secret Wars, is already rumored to be in the works.

But beyond that arc — a Russo Brothers’ favorite — I wonder if the introduction of variants might also be a way for the MCU to bring back certain characters, like Tony Stark or Steve Rogers, in new and surprising ways. Furthermore, branching realities will allow Marvel to reimagine some of its thornier and more ambitious stories from its rich comic history.

In throwing the Marvel universe into chaos, Loki is leading the way.

Welcome dear readers, nerds, and nerdlings, to THE GUTTER, a weekly exploration of the concepts, criticisms, and curiosities that live between the panels of comic books and their adaptations.

The multiverse plays a crucial role in many of Marvel’s most iconic comics. From bringing Miles Morales into the main 616-Universe to Old Man Logan replacing Wolverine in the X-Men lineup, there’s a history of variants superseding their original counterparts in the main Marvel continuity.

We probably won’t get Old Man Logan in the MCU anytime soon (we don’t even have Wolverine!), but there are plenty of other previously established superheroes who could easily get the variant treatment.

Earlier this year, rumors spread that Chris Evans would return to the MCU, playing Steve Rogers in some capacity despite the character’s retirement in Avengers: Endgame. While some wondered if Old Man Steve could reappear for future adventures or if we might see the younger Steve’s journey through time to return the Infinity Stones, a more plausible way for Evans to come back is now on the table.

There’s a chance that if Evans does return, it could be in a story inspired by Nick Spencer’s 2017 crossover event, Secret Empire. Perhaps one of those branches from the Sacred Timeline is a world in which Steve Rogers was indoctrinated by HYDRA at an early age. Audiences got a wink towards HYDRA Cap in Endgame, but there’s far more Marvel can do with an evil Steve Rogers variant in the MCU.

Similarly, we could imagine a timeline where Hulk becomes so smart that he emerges as the tyrant Maestro, an alternate future the comics have depicted over the last several decades. Maybe, among all of those branching timelines, there are scenarios where each Avenger breaks bad in some way.

I wouldn’t be surprised if What If…? is laying the groundwork for these kinds of explorations. The more Loki reveals about the multiverse and the TVA, the more that upcoming animated anthology seems less like a self-contained experiment. Instead, it could be a map to the multiverse through which characters like Captain Peggy Carter or Party Thor might eventually appear in live-action.

From the Spider-Verse to the Council of Reeds, these alternate stories in the comics riff on events we’ve already seen, opening up strange dimensions the main Marvel continuity would otherwise skip over. Thanks to the potentially imminent collapse of the Sacred Timeline in Loki, the MCU could steer directly into these experimental arcs.

These creative freedoms could allow for an even greater incorporation of arcs and aesthetics from the comics.

Marvel Studios has done a wonderful job of updating core concepts and designs for modern audiences, but it would be fun to see a version of the Avengers in the ‘60s, for example, dressed in era-appropriate attire and sporting the technology of those times. Agent Carter showed us what Marvel could do with a period motif, and WandaVision blew the doors wide open with its time-hopping sitcom aesthetic.

Just as Batman stories from the ‘60s can’t be tonally or even visually translated to the big screen by Christopher Nolan or Matt Reeves, some Marvel stories are just too silly to take place in a contemporary MCU. But branching timelines offer Marvel (and DC) the freedom to drop certain characters into other time periods.

From stories that go back in time to ones that open up different dimensions, variants aren’t necessarily built to last. But to catch glimpses of such variants as Easter eggs in future Marvel properties would be a lot of fun while honoring the long, weird history of comics with their ever-evolving art and writing styles.

Perhaps, if we’re lucky, such variants could set the stage for a Secret Wars in which we see concepts like the Thor Corps or an army of Captain Americas heading into battle. We can dream!

After all, that’s what variants are all about.

Thanks for reading, and as always, keep your mind in The Gutter!