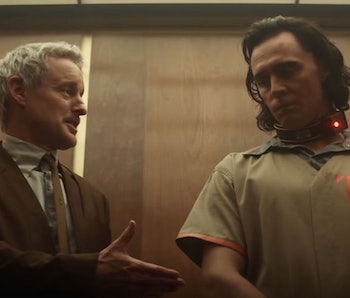 Getting into the Marvel Cinematic Universe has never been more daunting. Catching up on the MCU means watching 23 movies, plus two full television miniseries and a third on the way.

That’s quite the superhero movie marathon, but do you really need to see everything in order to understand what’s going on? Michael Waldron, the head writer of Loki and screenwriter of the upcoming film Doctor Strange in the Multiverse of Madness tells Inverse that it’s worth watching both — but it might not be necessary.

Waldron is perfectly suited for the ridiculousness of the MCU’s complex dive into the world of time travel and multiverses. With a love of sci-fi and time spent in the Rick and Morty writers’ room, Waldron is well-equipped to explain what is essentially a vast amount of metaphysics with the addition of humor and heart that makes Marvel what it is.

But because he’s working on both Loki and Doctor Strange in the Multiverse of Madness, Waldron is able to change Loki to feed into his next project. So do you really need to see Loki in order to understand Doctor Strange 2? The answer is more complicated than you think.

“I think that it's all required viewing for everything,” Waldron says.

Of course, there’s always thought given to those who haven’t done the days-long movie homework.

“These stories are designed to stand alone and to be thrilling on their own, and to hopefully be complete stories,” Waldron says. “If you've never seen an MCU movie, you can check-in and watch Loki and just love it and be like, ‘I don't know who the hell that guy was, but it was cool.’”

That said, Waldron adds that this is a franchise, and hardcore fans have always been rewarded for paying close attention. That means it definitely won’t hurt to watch Loki if you plan on checking out Doctor Strange 2.

“If you do know the MCU that will maybe enhance your enjoyment of it,” Waldron says. “I think that was our approach, and I think that's the MCU’s approach with everything.”

Every Marvel story is its own animal, but the intended way to watch it is with the context of the 50+ hours of Marvel behind you — especially with Loki and Doctor Strange 2 poised to thoroughly explain the concept of time travel and the multiverse into the MCU at large. It’s a complicated subject, so now’s the time to study up with Loki before the MCU’s new frontier hits the silver screen.