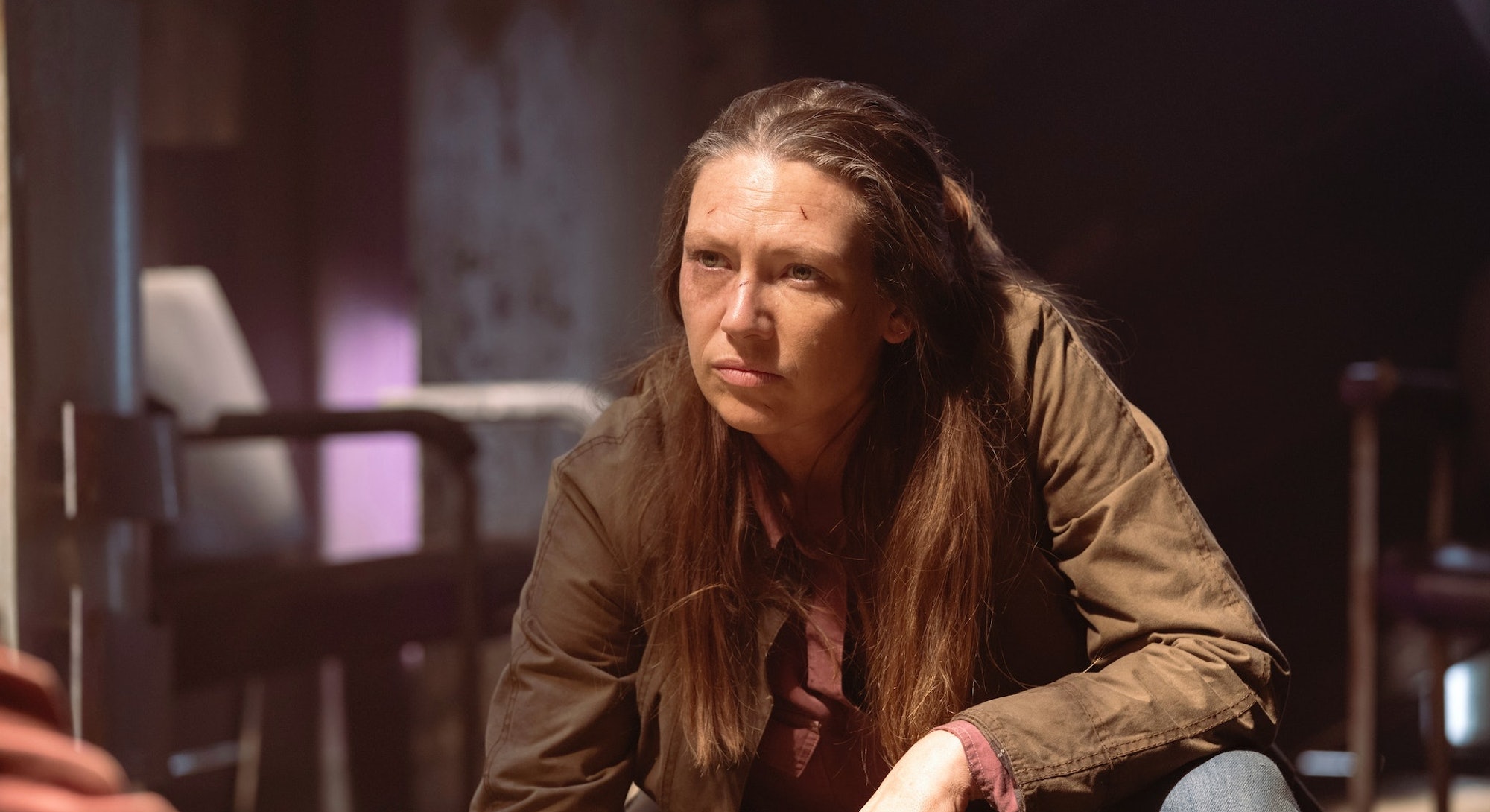 The Last of Us’ action is usually centered around Joel and Ellie, its two protagonists and, in the game, the two main playable characters.

However, before they can set off on the journey fans of the story are looking forward to, there have to be characters to propel them. Tess, played in the HBO series by Anna Torv, is the best example of this.

Tess is one of the few friends Joel has in the Boston QZ — she’s tough, determined, and believes in getting by however she can. When the search for a car battery saddles the two of them with a strange piece of cargo to smuggle (the spunky 14-year-old Ellie) Tess is cautious, but soon understands what an infected but immune child means: hope for a better future.

Warning! Spoilers for The Last of Us Episode 2 from here on!

Unfortunately, Tess doesn’t get to live to see that hope brought to those who can help. When a horde of Infected are awoken when Tess, Joel, and Ellie make it to the State House, she reveals her secret: she was bitten back in the museum. The only thing she can do to help Joel and Ellie now is to lure the Infected to her and then blow the building up.

Her necessary sacrifice in Episode 2 leaves Joel alone with Ellie and motivates him to do the right thing — not just because it could mean a cure for the cordyceps infestation, but also because it means Tess’ death won’t be in vain.

Actress Anna Torv spoke with Inverse about The Last of Us, Tess’s fate, and what could have been.

This conversation has been edited for clarity and brevity.

Have you played The Last of Us before? What was your history with the game?

No, I hadn't played the game. But I remember really clearly it coming out, I remember seeing a clip for it with the song and people talking about it. I think I looked it up too, because I was interested in it because it was so character-driven. I'd done a game ages ago with motion capture, and this was quite a bit later. The technology had just improved so much, it was amazing.

Then when this project came up, I read the scripts first. And then I went back and watched all of the cutscenes of the game. But I'm a terrible gamer. So I did not play it, I would not have been able to get through it.

Why do you think this story is important to tell now?

I think it's interesting because the game came out a long time ago. It was an important story to tell even then. And I think that that's what happens when you can set something in all these different worlds, but it's just this human story. It's always the right time because we're always searching for meaning, searching for what is the point, who are we, and all of that stuff.

But it was, it was particularly interesting shooting the show during a pandemic. They reshot in Calgary, and I was in Australia. I had to get permission from the government to fly into the country. We were in Canada at the time when all the mandates came out, so you had to have like your vaccination passport in order to go into any coffee shops or cafes. We were getting tested three times a week. It was just very bizarre. I think it's interesting how quickly we just get used to stuff as people. We adapt pretty quickly.

“I think that they did become a little bit of a family.”

What was it like working with Neil Druckmann, the original creator of the game?

Neil created the game. And [co-showrunner] Craig [Mazin] is an uber-fan. The worry is that you're taking something that people love so much, but are they going to love this? Is it going to be right? But you just kind of could let go, because you knew that you weren't going to be in better hands. The creator and an uber-fan are going to make a game that fans are going to love. So you could just relax into it.

If Tess survived, do you think she would have bonded with Ellie the way Joel does?

How did you approach playing Tess, who is a character we don’t get to learn a lot about in the game?

I kind of like that, to be honest. I feel like, if the audience doesn't know, then it doesn't matter to a point. You want to be true to the story, and you want to be true to the characters. If it happens that there aren’t opportunities to delve into a softer side, I feel like you just have to you have to live with that because that's the truth. Tess and Joel are not going to be lovey dovey in front of Ellie. They're on a mission pretty much from the minute you meet them.

The first time you see them together, Tess comes in, pushes him over in bed, he rolls over, she climbs in puts her arm around him, and ... you know that couple. You don't have to say anything else. You realize that's what they like when no one's around every night.

The Last of Us is now streaming on HBO Max.