Get your ass to Mars

“It’s a mashup of the past and the future” 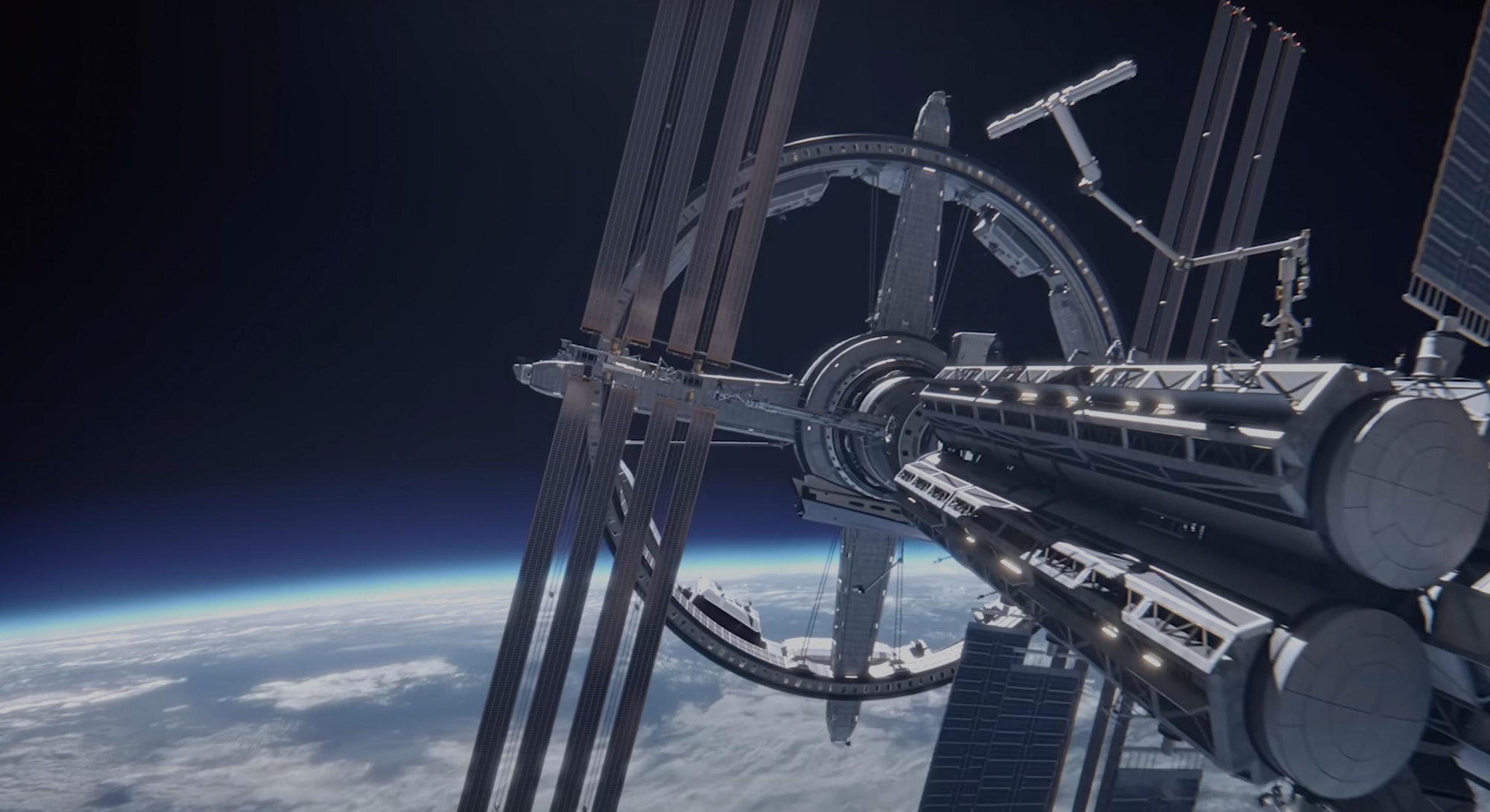 In Season 3 of the critically acclaimed alternate-history series For All Mankind, the Apple TV+ series jumps ahead to the 1990s, creating a jarring kaleidoscope of retro-futurism and technological anachronisms. As series co-showrunner Matt Wolpert tells Inverse, “You've got Bill Clinton running for president, and you've got a hotel in space at the same time. What world is this?”

Because of the meticulous groundwork laid by its two previous seasons, For All Mankind suddenly feels like a very different show. Here’s why series co-creators and showrunners Ben Nedivi and Matt Wolpert say Season 3 is so “unique.”

For the first time since For All Mankind began, the focus of the entire series has shifted away from the Moon. Instead, it’s all about the Red Planet.

In the show’s alternate timeline, the space race didn’t end in the 1960s. In Season 2, seeing a huge moonbase called Jamestown in the ‘80s was a novelty, but it also technically seemed possible. In Season 3, the technological differences between the ‘90s we remember, and the alternate history of the show are more staggering than ever.

“[This technology] would have been possible in the alternate history of the ‘90s.”

In the very first episode of Season 3, “Polaris,” a fully functional commercial space hotel managed by Karen Baldwin (Shantel VanSanten) is orbiting the Earth in the year 1992.

So how does that work? Wolpert explains that because “so many resources have been put into developing technologically, things got figured out earlier than in our timeline.” In this version of 1992, private companies are producing their own spacecrafts. Wolpert likens this to what’s happening in the private space industry today.

“You see how fast and expertly SpaceX can fabricate their rockets now,” he says. “With Season 3, it’s a mashup of the past and the future.”

Although the race for Mars is the biggest superficial difference in For All Mankind Season 3, the other new wrinkle is that it’s not just about the U.S. versus the U.S.S.R. anymore. In Season 3, tech mogul Dev Ayesa (Edi Gathegi) throws his ring in the hat with an independent aerospace group called Helios. At first blush, Dev is very much a cipher for Elon Musk, albeit one who exists several decades earlier in an alternate timeline. But it’s not that simple.

“Everyone always says Elon Musk,” co-creator Ben Nedivi says. “Dev is a reflection of many different people. Steve Jobs. Jeff Bezos. There’s a commonality with a lot of these tech leaders. But outside of that, our inspiration was more about changing things up a little bit.”

Up until Season 3, the basic conflict of everything that’s happened on For All Mankind has been framed by a protracted space race. Along with producer Ronald D. Moore, Nedivi and Wolpert felt like it wasn’t “realistic,” to continue to have the show focused on “the U.S. versus the U.S.S.R.” So they used history as their guide.

“The ‘90s was when tech exploded,” Nedivi says. “So, it made sense that in a world where the space race was such a big deal, one of those ‘90s tech leaders would dedicate their resources, time, and energy toward the space program.”

One hundred years in space

Jarring and fascinating anachronisms have become a staple of For All Mankind. However, it’s not actually why the show works. Instead, just like with the previous two seasons, it’s the journey of the characters. But, unlike other sci-fi shows, For All Mankind isn’t just interested in characters in a vacuum. In Season 3, the show proves it’s moving toward telling a multi-generational arc about several families: the Baldwin family, the Stevens family, the Poole family, the Rosales family, and so on.

Is For All Mankind simply One Hundred Years of Solitude as alternate history sci-fi? In Gabriel García Márquez’s masterpiece, the reader sees how each generation changes because of what the characters do in each chapter.

“We reference that book so much,” Wolpert explains. “There’s the idea of generations in that book, and how the children are impacted by the choices of their parents. And we’re seeing that now more with Season 3.”

The most obvious examples of this in Season 3 are Danny Stevens (Casey W. Johnson) and Kelly Baldwin (Cynthy Wu), each a second-generation astronaut or scientist, in a family who, at this point, we know very well. “There's this evolution of society, and seeing that through a character and family was definitely an inspiration for us,” Wolpert says.

“We’re able to tell the story of people’s entire lifetimes.”

So just how many generations are we going to see? Nedivi confirms that a seven-season arc is still the loose plan, and that, eventually, the timeline of For All Mankind would surpass our own. But, that doesn’t mean they have every story detail set in stone. In Season 3, there are a few babies and very young children related to the main characters. Does this mean these characters could be grandparents in Season 7?

“Yeah, we have to be careful about that,” Nedivi says with a laugh. “Like every character, we came up with that was a child, we're like, wait! This could be a series regular and a future season! It definitely makes things a little more tricky with the generational aspect. But I think part of the joy of writing the show — and what makes it so unique on television — is that we’re able to tell the story of people's entire lifetimes.”

For All Mankind Season 3 is streaming now on Apple TV+