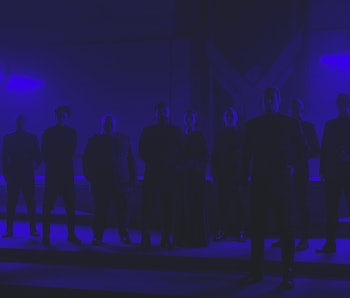 In Dune, we’re told fear is the mind-killer, but when it comes to marketing a giant blockbuster sci-fi movie, the real mind-killer is time.

If people forget about your giant movie, they won’t go see it! It’s hard to believe this, but it’s actually been over eight months since the first trailer for Dune was released in September 2020. At the time, the earliest glimpse of Denis Villeneuve’s adaptation rapidly became the most-viewed video on YouTube that month. But when that happened, we were all still laboring under the delusion that Dune might still come out in December 2020.

Since Dune’s release date was pushed to October 1, 2021, Warner Bros hasn’t released a second trailer. But all of that might be changing very soon. Here’s why there’s good reason to believe a new trailer for Dune is coming in July. Possible mild spoilers ahead.

When will the 2nd Dune trailer drop?

After a cryptic tweet teased the new trailer, Inverse confirmed the news independently from a trusted leaker who’s been proven right in the past and separately from an industry insider.

two anonymous Dune leakers that a new trailer for Dune is set to debut sometime in July. Considering the movie is on track for a simultaneous release on HBO Max and in theaters on October 1, this makes a decent amount of sense. It’s been a while since the general public — people who aren’t clamoring for even the tiniest bit of Dune knowledge — have seen any new footage, and because the first trailer drop was such a big deal, rolling out a second one in the middle of the summer seems like a wise marketing move.

Our sources don’t know if the 2nd Dune trailer will be attached to a new theatrical release, or if it will the internet first. Right now, the word is just, sometime in July.

What will be in the 2nd Dune trailer?

We don’t know. But there’s a good bet that the trailer might show a lot more of Paul’s home planet of Caladan. According to various leaks and screening rumors, the movie spends a good amount of time on the planet Caladan before the characters even get to the planet Arrakis, aka, Dune.

Inverse has also learned (from a separate anonymous source) that the leaks about the film covering roughly half of the novel are true and that the ending of the film basically demands a sequel to complete the story of the book. But, as many critics and pundits have pointed out — including director Villeneuve himself — if the movie doesn’t make a ton at the box office, a sequel to Dune will be less likely.

The first Dune trailer made good use of the Pink Floyd song “Eclipse,” a sideways Easter egg to the unmade Jodorowsky's Dune; which would have used Pink Floyd on the soundtrack in the ‘70s. But what about now?

Because the composer for Dune is Hans Zimmer, it’s very possible that the new trailer will feature a ton of new music from the film. Our source is telling us the Zimmer score for Dune is even more “beautiful” than Zimmer’s work on Blade Runner 2049. This source also suggested that this could end up being one of the greatest all-time sci-fi film scores, ever.

Will we hear some of that in the upcoming new trailer? Maybe. Maybe not. Trailers often contain different music than what is used in the actual film. But, if Warner Bros is trying to get the hype to flow for Dune, it seems possible we may get a greater taste of the spice this time around.

Dune premieres September 3 at the Venice Film Festival before a wide release on October 1, 2021.