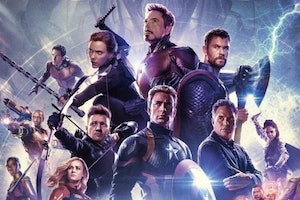 The 10 best subreddits for Marvel movies, comics, and superhero fans

It’s a good time to be a Marvel fan. The comic book company that barely survived the ‘90s and entered the 21st century on the verge of financial ruin has built itself into the most dominant force in popular culture today. What started in 2008 with Iron Man spawned dozens of interconnected movies and TV shows (not to mention the comics that started it all). Even for the most die-hard fans, it can be hard to keep track.

Thankfully, Reddit is full of communities covering everything from specific shows and movies to the latest fan theories. If you’re looking to stay caught up on any particular corner of the Marvel Cinematic Universe, there’s a subreddit to help you do it. There are even some for all the Marvel haters out there. Here are some of Inverse’s favorites.

TL;DR: The subreddit dedicated to the Marvel Cinematic Universe

This enormous subreddit is dedicated to one thing and one thing only: discussing the MCU. It’s a great place to browse if you want to discuss MCU films with other fans, discuss alternative theories, find easter eggs in the films that you may have missed, or share cosplay photos. The community also welcomes fan-made art, videos, and other forms of content, and currently has dedicated tags devoted to Dr. Strange and Spiderman. No need to worry about spoilers, either - the sub has strict rules about how they’re shared, and keeps them contained with a dedicated flair.

While this page isn’t completely free from MCU discussions, it is the only Reddit community specifically dedicated to Marvel comics. Here, you’ll find lots of pictures of Marvel art – both official and fan-made – mixed in with lively discussions about current releases, behind-the-scenes snapshots of official Marvel content creation, and updates about comic book sales and prices. There are also plenty of debates about the ways in which the MCU differs from the comic book world, so if you’re a stickler for details, you’ll find plenty of others who want to complain about deviations from canon.

This is a space for those people who are obsessed with The Avengers but aren’t too bothered about the rest of the MCU. The community often has lengthy discussions about different Avengers films, votes on different issues in the Avengers universe, and trades jokes and memes. The best part of this subreddit is probably its fan-made content and hauls. Users trade pictures of their merch and Avengers decor, including mural-sized posters and themed cars. A wonderful place to find like-minded folks if you live, breathe, and wear, all things Avengers.

TL;DR: The subreddit for MCU spoilers

If you don’t like surprises, or you just struggle to wait patiently when it comes to all things MCU, this is the subreddit for you. Users curate snippets and clues from articles, Twitter posts, and official statements released online, in an effort to predict what’s coming next in the world of Marvel films. If you want to get your hands on exclusive teasers and clips before anyone else, or love to speculate over accidental leaks made by actors, you’ll enjoy being a member of this community.

TL;DR: A subreddit to make fun of other Marvel fans

This subreddit is a small but active community dedicated to Marvel replicas and action figures produced by Hasbro. It covers everything to do with this niche, including new release dates, discussions, and stock alerts (which are often posted by eagle-eyed collectors who spot things in-store). Mostly, it’s a place to trade pictures of collections and celebrate new hauls – or complain about the state of the figure you got from GameStop. This community prides itself on being “one of the most chill” groups on Reddit, so make sure you read the rules before joining and avoid it if you're searching for heated debates.

TL;DR: A subreddit for the most gossipy of Marvel fans

The subreddit for Marvel Studios rumors is about so much more than spoilers. It's a group of dedicated fans who are devoted to trawling the internet for the best articles on the MCU – and the things that could happen next within it. If you’re the kind of person who enjoys leaked audition tapes, discussing the mere possibility of a new film, or analyzing merchandise for clues about what comes next in a franchise, then you should be browsing this small but mighty sub. A more speculative sister to r/MarvelStudioSpoilers, that’s made up mostly of theories and educated guesses, rather than official leaks.

TL;DR: A subreddit where you can pick up Marvel comics

Although r/ComicSwap isn’t dedicated entirely to the world of Marvel, you’d be hard-pressed to find a post on the subreddit that doesn’t mention the brand. This is a community where people gather to advertise comics that they want to sell, or even give away for free – including books from the Marvel universe. Users in this group label their posts by state, so it’s easy to find sellers who are local to you, and you might get away with trading your Marvel comics for new ones with like-minded folks. If you’re a collector, or you’re all about the OG content, this is the place to find stuff you can get IRL.

TL;DR: A subreddit for pontification

There’s a vast collection of fan theories related to the Marvel universe – and this subreddit is where the most thoughtful fans come to discuss, dissect, and analyze them. It’s full of people who have plenty of original interpretations of the world of Marvel, or questions about how it all plays out across the MCU and comic books. The sub is entirely built on speculation and is home to many creative minds who love to expand upon Marvel materials. Not a place for canon enthusiasts or the detail-oriented. This group is all about questions, ideas, and letting your imagination run wild.

TL;DR: A subreddit for Marvel-themed jokes

r/MarvelMemes is exactly what you think it’s going to be. It’s home to people who see the humor in the world of Marvel, and folks who are so Marvel obsessed that they describe the comedic moments in their lives through Spider-Man and Avengers moments. If you like your Marvel fan-made content to be fun and light-hearted, this is the subreddit for you.

The 10 best subreddits for electric cars and EV fanatics

The 10 best subreddits for when you’re high

The 8 best subreddits for cryptocurrency and Bitcoin

The 10 best subreddits for gamers

The 10 best subreddits for indie games

The 10 best subreddits for mental health

The 10 best subreddits for productivity

The 10 best subreddits for exercise