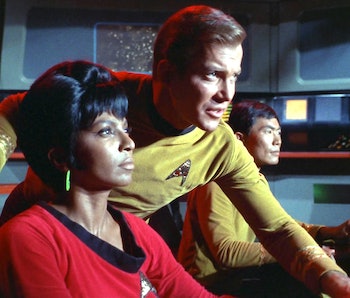 That isn’t hyperbole. It’s historical fact. While shows like The Outer Limits, The Twilight Zone and Lost in Space preceded Star Trek, none of those shows broke through and created a fandom as widespread and enduring as the original adventures of the starship Enterprise.

Since 2011, Netflix has made Star Trek: The Original Series available for streaming in the US. But that era will end on September 30, 2021.

If you’re a sci-fi fan, or even a Star Trek fan who has never really delved into The Original Series, this is your last chance to watch the show on Netflix. Out of the 79 installments in TOS, which episodes should you actually binge?

To get a good sense of what The Original Series is actually like, here are 10 essential episodes. These might not be everyone’s “best” episodes of TOS, but if you watch these ones in this exact order, it’s the fastest hack to get at what all the Trekkie fuss is about. Only mild spoilers ahead for Star Trek: The Original Series.

Netflix wants you to start watching TOS with “The Cage.” Resist! This is not a great way to start the series.

“The Cage” was an unaired pilot for Star Trek, later retconned into a flashback within the episode “The Menagerie.” While some fans may argue you’ll want to watch “The Cage” to get the backstory of the series, starting with “The Cage” will just confuse you as to why people like this show. Tonally, it’s nothing like the rest of TOS. And the cast, other than Leonard Nimoy as Spock, is totally different.

For this reason, start with “The Corbomite Maneuver.” Why? Well, even though it was the 10th episode ever aired, this episode was the first regular episode ever filmed. Unlike the two pilot episodes (“The Cage” and “Where No Man Has Gone Before”) the actors in this episode are, for the most part, in the roles we know and love them for. The episode begins with Spock saying something is “fascinating” and then, after the title credits, Kirk is walking around without his shirt. The vibe of this episode is amazing, the tension is excellently handled, and the final twist is utterly absurd. This is what classic Trek feels like.

Here’s where you can get your dose of “The Cage” and fully understand Spock’s relationship to his captain before Kirk: Captain Christopher Pike. Although this is a two-part episode, the time pretty much flies by.

Because Strange New Worlds comes out in 2022, this story is essential to understanding where Spock was before TOS, not to mention who the hell Number One is. The way this episode frames “The Cage” in the context of the regular series is also super-smart; basically, the regular characters watch parts of another episode of Star Trek.

Also, across the franchise, any Star Trek episode that involves a courtroom drama of some kind is usually a winner. Weirdly, combined with “Amok Time,” this episode might lead you to believe that Spock tries to hijack the Enterprise all the time. He doesn’t. But it sure seems that way.

Everyone loves to talk about the Klingons in Star Trek, but before the Klingons were ever introduced, the first and best big Trek baddies were the Romulans. As episodes of TOS go, “Balance of Terror” is tightly plotted and emotionally affecting.

Because long-time fans take this episode for granted, we tend to forget about the innovative reveal of the Romulans in general. If you don’t know why the reveal about the Romulans is huge, I won’t spoil it here. Let’s just say it was very gutsy for TOS to create an evil empire that had very close ties to one of its greatest heroes. Also, the slow-burn spaceship battles absolutely slap.

“A Taste of Armageddon”

This is a bit of a sleeper episode of TOS, and it’s massively underrated. Almost every good thing about classic Star Trek happens in this episode. Revealing the premise is a bit of a cheat, but let’s just say the plot involved Kirk and Spock fighting against a culture totally reliant on algorithms and automation.

The twist in this episode is all about what things this particular culture has automated. And when Kirk and Spock figure the culture’s secret, the space sh*t hits the fan big time.

A classic. You already probably know that Spock and Kirk are supposed to fight to the death in this one. But if you don't know why, exactly, this episode will blow you away. This is the first time we get “live long and prosper,” and a ton of background on the planet Vulcan. From Discovery to the reboot movies, a ton of Trek flows from this single episode.

In The Original Series, this one episode was the only visit to the evil universe in which Starfleet is basically a conquering force, and Spock has a little goatee. The Mirror Universe returned big time in both Deep Space Nine and Discovery, and all the rules of that hyperbolic dimension were established here. This episode is over-the-top and full of heart, two elements that made TOS the memorable and charmingly upbeat franchise launcher it was. But seriously, this episode is very over the top. Be ready.

As the title suggests, the Enterprise faces off against a giant automated weapon even more powerful than the Death Star! When this episode first aired in 1967, the titular “Doomsday Machine” didn’t look very cool.

However, the remastered version of this episode (which is the Netflix version) looks fantastic. Plus, in this episode, you get another Federation starship, the USS Constellation! Finally, although The Wrath of Khan calcified the franchise’s obsession with Moby Dick, that tradition started right here.

“The Trouble With Tribbles”

You’ve heard of this one. There are these fuzzy little balls called tribbles, and they’re all over the place. Although the kitsch in this episode is cranked all the way up to eleven, the episode totally holds up. Come for the tribbles, but stay for Kirk’s awesome cutdowns throughout the entire episode. A lighthearted romp that is a classic Trek outing for a reason. Also, the Klingons are silly AF in this one.

Season 3 of TOS is often derided by hardcore fans, and sometimes for very good reasons. Overall, the batting average of TOS Season 3 is fairly low compared to the previous two seasons.

However, the excellent espionage episode “The Enterprise Incident” is not only super-fun but also a semi-direct sequel to “Balance of Terror.” This list is biased in favor of the Romulans over the Klingons, and this is one Romulan episode that delivers.

Perhaps not the most tightly written episode of TOS, “The Tholian Web” is beautiful from a visual standpoint. From the zany all-silver spacesuits to the concept of tiny ships weaving an energy web around the Enterprise, to a certain character haunting the crew members as a space ghost, this episode has it all.

Don’t think about the plot too much. Just embrace the gonzo visual sci-fi aesthetic of classic Trek, and you’ll have a great time. As a bonus, “The Tholian Web” later became a backdoor canon Rosetta Stone for two episodes of Enterprise and nearly half of Discovery Season 1.

There’s obviously a lot more TOS to love and enjoy, so if you are curious about other great episodes after you binge these ten, think about hitting up: “The Devil in the Dark,” “The City on the Edge of Forever,” “The Naked Time,” “Shore Leave,” “Arena,” “Journey to Babel,” “A Piece of the Action,” “A Private Little War,” “The Galileo Seven,” “For the World Is Hollow and I Have Touched the Sky,” and “All Our Yesterdays.”

Star Trek: The Original Series is streaming now on Netflix and leaves on September 30, 2021. It also streams on Paramount+ from now until presumably the heat death of the known universe.