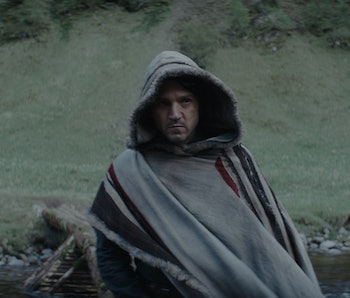 The Rebel Alliance didn’t come into being fully formed. Before the rebels had matching jumpsuits, X-wing fighters, and even rank insignia, there were a myriad of different ways to think about the Rebellion and the many factions it held.

In Star Wars Rebels (which is set, at least initially, around the same as Andor), we learn that some rebellious sects were not in contact with others. So how does this work on a logistical level? And just how many Rebel sects are there?

In Andor Episode 4, one short piece of dialogue clarifies the Rebellion’s pre-BBY organization in a clearer way than ever before. Spoilers ahead.

Early in Andor Episode 4, when Cassian gets a sense of what Luthen is actually asking him to do — fight against the Empire in a deliberate way — he questions what aspect of the Rebellion his new friend is part of, asking: “Alliance, Sep, guerilla, partisan front?”

In response, Luthen basically tells him it’s all the same thing, which is both true and untrue. First off, let’s break down what each of these references means, specifically.

Alliance: This can only refer to the more formal Rebel Alliance we’re generally familiar with. However, around 5 BBY, the Alliance hasn’t yet unified all of its cells.

Sep: This is tricky, but it probably refers to the planet Sep Elopon, which was in the Calamari system. In Legends canon, the Alliance used Sep Elopon as a base of operations, specifically in the New Jedi Order books. Because Mon Calamar is besieged by the Empire at this point, it makes sense that some Rebels would be operating on another planet in the same system. Then again, “Sep” could refer to something else.

Guerilla: Presumably, this would refer to unaffiliated insurgents fighting the Empire. However, there is a canon reference to “Urban Guerrillas” in the book Star Wars: The Rebel Files. In Legends, “Urban Guerrillas” were literally a part of the special forces of the formal Rebel Alliance.

Partisan front: This refers to the group of Rebels specifically organized by Saw Gerrera. By the time of Rogue One (five year years in the future of Andor) the Partisans are specifically not part of the formal Alliance and are publicly denounced by Mon Mothma. (Which happens in Season 4 of Rebels, roughly 1 BBY.) However, at this point, none of that has happened yet. And we know that Forest Whitaker is set to make an appearance as the Partisan leader Saw Gerrera in Andor at some point in a future episode.

When Cassian asks Luthen which aspect of the Rebellion he’s a part of, Luthen shrugs it off. But the truth is: everything we learn in this episode indicates that Luthen himself seems to be a vector for various sects and cells of the Rebellion. The Alliance isn’t as organized as it will be by 0 BBY, but if there’s one person who is a nexus for that organization, it’s clearly Luthen.

After dropping Cassian off, we see Luthen hit up Coruscant, where he adopts a false identity in order to have sneaky conversations with Mon Mothma about the bigger picture of the Rebellion. This seems to indicate that the Rebellion, in 5 BBY, is held together by people. Luthen doesn’t seem to have a formal rank, and probably doesn’t directly identify with any one of the sects that Cassian mentioned. It’s more likely he identifies with all of them.

As Andor continues to unfold, we’ll likely get a lot more details on how all this works. But for now, if you’re wondering how the disparate aspects of the Rebels coordinate and communicate, the short answer is Luthen Rael.