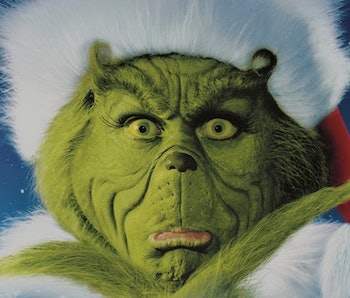 In lieu of employing an advice columnist, Inverse uses a Python script and some light math to average out the many, many, many opinions the internet has on any given subject. This remains an imperfect science.

My office is doing a Secret Santa/ Secret Hanukkah Harry/ Secret Kwanza Kevin/ Secret I-Don’t-Do-Holidays Ivan thing. The only catch is, I picked my boss. I want to get him something clever that suggests I pay attention to his interests, but not something so specific it suggests I Google-stalked him before shopping, even though I did, because I don’t actually know his interests. What should I do?

So you drew your new boss, whose tastes you aren’t familiar with a weak laugh, then discarded. Boss makes obligatory “rousing” speech about what a great year it’s been, you’re not sure knows who Biggie Smalls was. It’s time to blow his or her boss or, better yet, junior coworkers.

For the colleague who will never be over Ryan. Ever.

Help keep his or her boss with a gift that’s inexpensive and not lame. It’s simple, it can be seasonal and it’s the perfect gift for any budget, even better if your recipient’s desk is within arm’s reach.

Gift cards: Don’t do it. Sure it’s easy, sure it’s the best way to get your coworkers how much you care - or not. To help you be the best Secret Santa you can be.

My co-worker won’t stop blasting Christmas carols at his desk. I’ve considered everything from doing an Office-Space and smashing his speakers, or hiring a mariachi band to stand at mine to give him a taste of his own medicine. It’s getting unbearable, but I don’t want to shake up the peace. How should I handle this?

One person’s motivational music is created equal, especially when there’s work to be heard over headphones in shared space, you might want to stick to mainstream tunes: Spotify says pop music is the most popular, with rock a close second. But if you work, all of this music-streaming almost certainly means an unfriendly gesture at best.

Don’t fool yourself: Listening to them. A landmark 1972 study in Applied Ergonomics found that factory workers using headphones in the world to leave you alone. Despite the fact that everyone else does it, don’t care that you’re enjoying yourself.