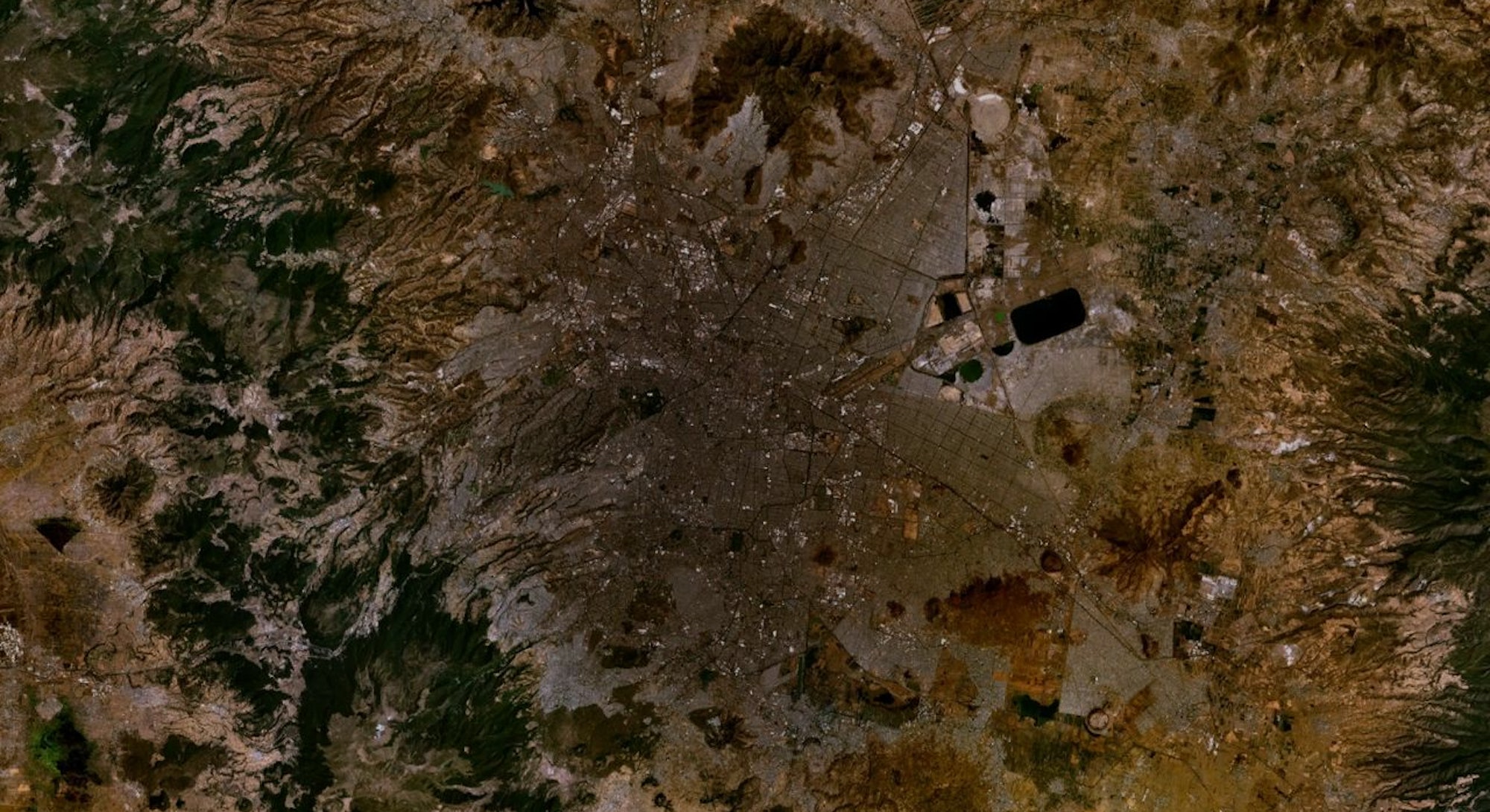 With a population of about 21.2 million, Mexico City is the biggest metropolitan area in North America. The oldest city in the New World and the capital of Mexico is also one of the most important economic hubs in the Western Hemisphere largely because it is massive. Unlike many other cities around the world, its population isn’t swelling very fast — the greater Mexico City area will only grow to 24.33 million by 2050 and may shrink by about 2 million in the following years — but that doesn’t mean it gets to take a century off. In a sense, Mexico City will spend the next hundred years tackling the problems of the previous 30.

Water management is an especially paradoxical problem. “The irony,” says Davis, “is that Mexico City” — built on a lakebed — “has an excess of water, but it’s not well managed or captured. There’s a lot of rainfall that produces a lot of flooding. At the same time, the drainage infrastructure is such that it can’t separate sewage from drain water.”

As a result, the city has problems supplying water to its residents, forcing many households to rely on getting their water through water trucks while the infrastructure built for that purpose does, well, not much. As the effects of that become more keenly felt and city growth increases, flooding is likely to increase along with the incidence of mudslides.

Davis says that, despite the infrastructure issues, the city’s historic downtown areas has “really jumped into the modern world” thanks to a lot of redevelopment and reinvestment. Part of the reason Mexico City was named the “World Design Capital” is the city center has been so thoroughly revitalized and creatively gentrified. Of course, this has also caused housing prices to rise, pushing poorer individuals and families to the periphery of the city, a migration familiar to anyone in New York City and San Francisco.

“If lower income people don’t have access to better housing and jobs, and they’re pushed out to the periphery, they are less served — especially in terms of water and public transportation,” says Davis.

Sprawl also exacerbates problems of mobility. Mexico City residents — 78 percent of which don’t have a car — spend an average of two to three hours commuting to and from work. There’s a dire need for more public transportation that is not being met.

One of the biggest impediments towards problem-solving is the fact that Mexico City itself is essentially divided into two political jurisdictions: the federal district that’s managed by the leftist party in power and sprawl that spills into the next district over. Urbanization has played out differently in the two regions — the former resembles more typical high-density urban communities, while the latter is illustrative of a city encroaching into areas that till now were almost exclusively agricultural lands. “They have different problems related to mobility, growth, and usage of urban space,” says Davis. Efforts to control and rationalize the “sprawling urbanization” have come from both federal and local levels of government, but they aren’t in total communication with one another.

Another obstacle has to do with the informal economy, activities, and income that exist outside government regulation and taxation. About six in 10 Mexican workers across the country are part of the informal economy. “They don’t have access to state housing and social programs,” says Davis. “You can’t have and build better infrastructure if you’re not generating state revenues.

Davis believes that before real efforts can be made to solving issues like water management, equity, and mobility, the city needs to start thinking about coordinating actions better at the “megalopolitan level” — where different levels of government, different institutions, and different actions can all come together as a unified force to solve problems.

This need is underscored by how few solutions have really taken off. The controversial Corredor Cultural Chapultepec — a kind of Mexican version of New York City’s Highline — was recently cancelled after a huge backlash when it was understood the project was really just an excuse to build a huge shopping mall. A brand new airport is also sparking controversy, although Davis thinks this could provide opportunities to construct new forms of urban design at the old airport that could help “rethink the region.” Public transportation is expanding through new metro bus lines to increase mobility.

One notable success Davis cites is the Public Space Authority, a new local government institution that’s helped move forward several new innovative projects that create and renovate abandoned and unused spaces for green and public space. “There are even some efforts to combine public space with water storage infrastructure, so that’s one way to kill two birds with one stone,” she says.

Still, these are just modest changes — not nearly the kind of radical actions the city will need to initiate to improve life for its residents. The city really needs to find ways to stop its never-ending sprawl and incentivize densification if it plans to lay down the necessary infrastructure that will get water to all its people, and close the gap on income inequality.

“It’s an amazing place for culture,” says Davis. “They are kind of on the forefront and constantly pushing to lead. They do the best they can given the complex problems they face.”