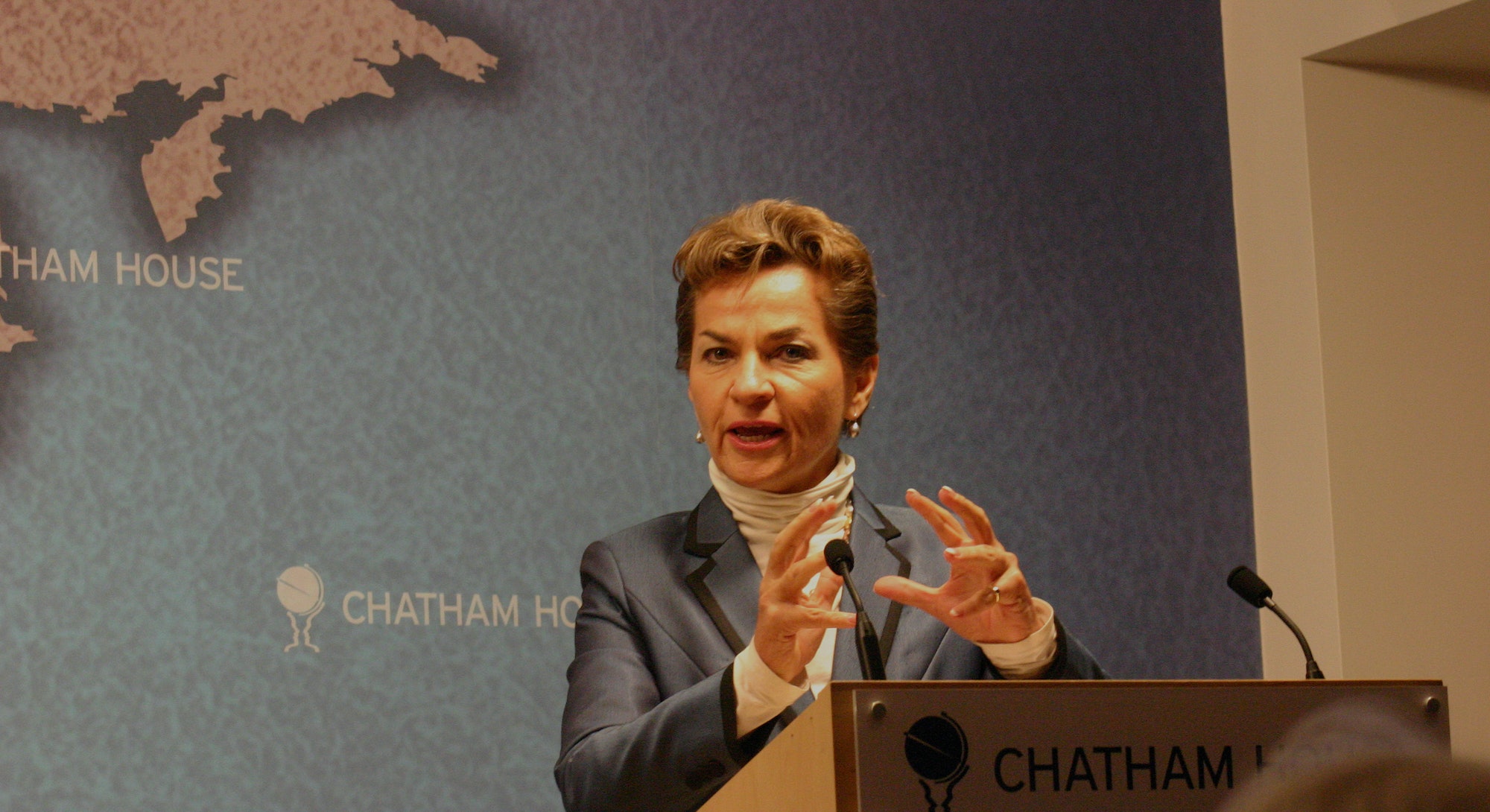 Christiana Figueres might have the hardest job in the world. As the UN’s top official on climate change, she simply has to convince 195 world leaders to come to agree on reducing global fossil fuel emissions. Easy!

Despite the magnitude of the task, and the slow progress to date, she’s relentlessly optimistic and relentlessly charming. This week she took to Reddit to answer questions about COP21, the upcoming negotiations to be held from November 30 to December 11 in Paris.

Among the revelations? She carries a blue marble in her pocket wherever she goes to remind her of the importance of the world’s oceans. Aw.

She also said she’s very aware that the travel requirements of her work mean that she has a huge personal carbon footprint relative to others. “It does seem in congruous to be fully aware of the need to reduce emissions and yet for the time being be such a high emitter myself,” she writes. “As long as I have the responsibilities that I do, I have to incur these emissions but that will not be my lifestyle forever.” She buys her carbon offsets from Climate Neutral Now, and encourages others to do the same.

“I am optimistic for Paris,” she writes. “We have so much momentum going into this conference from the past five years of progress in the negotiations and from the businesses, investors, cities and regions that are already engaged in climate action. The greatest barrier to success will be in the details — how the interests of all countries will be reflected in the final text and decisions. Also, finance and technical support for the transition in developing countries will be a big challenge.”

Figueres, a 59 year-old Costa Rican, is not daunted: “I don’t get depressed but I do get frustrated with the pace of progress. I stay focused because of my daughters and all the sons and daughters to come.”

She admits freely that even the best possible outcome in Paris won’t see a commitment that will limit global warming to 2 degrees celsius, which is the generally agreed upon threshold for preventing the most disastrous climate change impacts. But that’s OK, but the work doesn’t end with Paris, she says. The negotiations are “a departure point and not a destination — the Paris agreement will construct a path of ever-increasing emission reductions with periodic checkpoints of progress until we get to the 2-degree pathway.”

Figueres isn’t the only one who’s feeling hopeful that the climate change tide is changing. The price of solar energy is plummeting, China is leading the world in investment in renewable energy, and Europe has already surpassed its 2020 emissions reductions targets.

Hopefully, these small signals of progress are just the beginning, a small tremor that signals an avalanche to come.