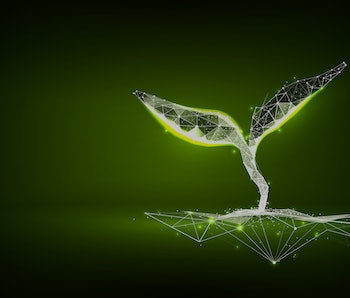 Doomsday seed vaults are an “in case of emergency, break the glass” kind of situation — a safety net for protecting biodiversity and food crops. Stashed inside the vaults are plant seeds of a wide variety, serving as a living reference that can be tapped into in the event of a wide-scale crisis that wipes out crops.

But in March 2019, Inverse reported some bad news: One of the planet’s 1,700 seed banks, the Svalbard Seed Vault, is itself under threat.

That’s because of where it’s located: on a Norwegian archipelago some 800 miles from the North Pole. In Svalbard, the temperature is already between four and 7.3 degrees Celsius warmer than it was 50 years ago. At this rate, it could become seven to 10 degrees warmer by 2100, according to research published in 2018.

As permafrost melts, it disrupts the foundation that supports all structures built on the Svalbard archipelago, CNN reported at the time. Homes are losing stability, beginning to collapse as their base can no longer support the weight. And the seed vault is at risk, too.

In a February 2019 statement, Ellen Hambro, director of the Norwegian Environment Agency, said that the fallout could be catastrophic.

“It is rare that I use words like this, but what is happening in Svalbard is extreme,” Hambro said. “The temperature is rising faster here in the Arctic than anywhere else in the world, and climate change has already had major consequences for nature, animals and the community on the island group.”

The problems now facing the Svalbard Seed Vault, and the rest of the region, stem from the fact that permafrost is supposed to be, well, permanent.

It’s a dark kind of irony. Crop Trust, the organization behind the vault, built the vault on Svalbard’s permafrost because it’s unlikely to change. Here’s the language:

Permafrost and thick rock ensure that the seed samples will remain frozen even without power. The Vault is the ultimate insurance policy for the world’s food supply, offering options for future generations to overcome the challenges of climate change and population growth. It will secure, for centuries, millions of seeds representing every important crop variety available in the world today. It is the final back up.

That “final back up” is now in serious danger of failing. The emergency researchers plan for, it seems, is already upon us.

As 2019 draws to a close, Inverse is revisiting the year’s 20 most incredible stories about our planet. Some are gross, some are fascinating, and others truly are incredible. This has been #17. Read the original article here.