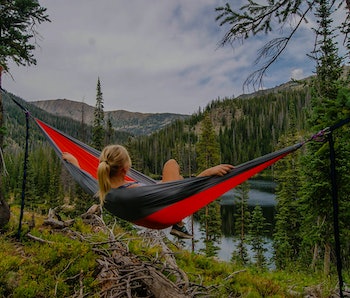 “We should work to live, not live to work,” declared John McDonnell in his speech to Britain’s Labor Party Conference. He followed this up with a commitment to the goal of a 32-hour, four-day work week. The goal, McDonnell said, was to be achieved within 10 years and, importantly, was to be realized with no loss of pay.

The reduction of the working week to four days would be truly transformative. It would represent a radical break with the dominant work culture that exists in our contemporary capitalist society.

Yet its radicalism also presents challenges. Will business accept a cut in the working week? What kind of legislation will be required to achieve the cut? Ultimately, can capitalism be adapted to accommodate a four-day week, or will it require us to imagine — and create — a future beyond capitalism?

The case for working less

The arguments for working less are compelling. Shorter work hours would free up time for us to do and be things outside of work. It would enable us to live better lives.

1. A reduction in illness

Evidence shows how longer work hours are associated with various forms of sickness — both physical and mental. The reduction of work hours, in this case, could help to raise the health and well-being of workers.

2. It would create less pollution

Beyond personal benefits, we could mitigate the effects of climate change by working less. The work-spend treadmill has an environmental cost that we could resolve by curbing the time we devote to work.

3. We’d be more productive while at work

Less work could also pay for itself by giving rise to higher productivity. Rested bodies and minds make for more productive hours and offer the opportunity to produce what we need with more free time.

Finally, we might also work better. If we eliminate hours of drudgery, we could leave more time for us to enjoy more rewarding work. Reducing working hours is as much about enhancing the quality of work as about reducing its burden.

But the system in which we live keeps on pressing us to work more. It was once assumed that capitalism would develop in ways that would deliver shorter work hours. Back in 1930, the economist John Maynard Keynes famously dreamed of a 15-hour work week by 2030. He thought this would be achieved through no fundamental reform of capitalism.

In reality, however, hours of work in capitalist economies have remained stubbornly high and have even shown signs of increase (especially since the global financial crisis). Large differences in work hours exist between countries, to be sure. German workers enjoy shorter work hours than their US counterparts, for example.

But no country stands anywhere close to achieving a 15- or even 30-hour work week in the next 10 years. On current trends, most capitalist economies look set to have average working weeks more than double Keynes’ prediction.

The reasons for this stagnation in work hours are varied. On the one hand, there is the issue of power. Workers cannot hope to secure shorter hours if they lack the bargaining power to realize them. The decline of unions and shift towards the “shareholder value model” of management, which measures a company’s success by the return it brings to shareholders, has resulted in many people working longer, or the same hours, for lower pay.

On the other hand, the continued force of consumerism has acted as a prop to the work ethic. Advertising and product innovation have created a culture where longer hours have been accepted as normal, even while they have inhibited the freedom of workers to live well.

The challenge for any political party that is committed to the goal of working less is to overcome the above obstacles. Notably, the Labor Party has rejected an economy-wide curb on work time. Instead, it favors a sector-by-sector approach, via a renewed system of collective bargaining.

McDonnell has suggested that working hours (along with wage rates and conditions) could be agreed at a sector level through negotiation between employers and trade unions. Any agreements brokered on reduced working hours could then become legally binding. This approach, in some ways, follows the lead of collective bargaining arrangements in Germany, where employers and trade unions have agreed on shorter working weeks.

The problem here will be reviving collective bargaining at a time of low union membership. Some service sectors, such as the retail and care sectors, have a very limited union presence, and curbing work hours may be difficult to achieve under this policy.

McDonnell also proposed a “Working Time Commission” with the power to recommend the government increases statutory leave entitlements as quickly as possible without increasing unemployment. This is more promising in that it aims to create a new debate — and ideally a new consensus — around the case for shortening work time across the economy as a whole. One effect of this commission might be the recommendation and implementation of a four-day work week in all sectors.

A wider policy agenda for shorter work hours is outlined in a new report written by Lord Skidelsky, which was commissioned by McDonnell. While there are areas to disagree on, the report itself — and Labor’s commitment to this policy — mark a significant step forward in the discussion of reducing work time. Generally, there now seems greater pressure to secure a four-day or even three-day work week.

Still, the barriers to change remain formidable. As seen in the reception by industry groups to Labor’s announcement, business will take some convincing about the merits of a shorter working week.

But the skepticism of business only shows how far we need to rethink the economy and life more generally. If we continue to work as long as we do, we will not just keep on damaging ourselves, but also our planet. Working less, in short, is not some luxury, but a necessary part of our progress as human beings.

This article was originally published on The Conversation by David Spencer. Read the original article here.