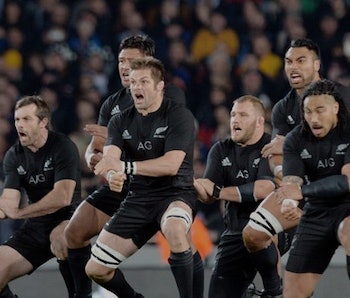 Humans are, unfortunately, very likely to overestimate what they can do. A famous 1980s social experiment found that 93 percent of American drivers think they’re more skillful than the median driver (odds are, they’re probably not). As long as you’re not on the road, there are reasons not to fight this self-congratulatory instinct.

Especially if you’re about to negotiate, roll with it.

“In some cases, being overconfident sends a very persuasive social signal,” Peter Schwardmann, Ph.D., a behavioral and experimental economist at Ludwig Maximilians University, Munich, tells me.

When you’re negotiating a raise, a new job title, or anything that requires winning friends and influencing people, sending out that vibe changes the way others perceive you:

“So there’s this strategic, social value to being confident,” says Schwardmann. “If I am confident in myself, then I can actually convince others that I’m a high-ability person.”

This article first appeared in the Inverse Strategy newsletter. Sign up for free to receive actionable tips to help improve your life every Thursday.

What You Gain From Being Strategically Confident

There’s other evidence showing that confidence, even when it’s unjustified, can increase social status. Schwardmann worked with Joël van der Weele, Ph.D., another behavioral economist at the University of Amsterdam, to show how confidence can be used strategically.

They saw that confidence is contagious and advantageous in an experiment on 688 people who took intelligence tests. After taking the test, the participants had to convince another person that they did well on the test. Before that meeting, they took two people with similar test scores and offered them subtle suggestions as to how well they actually did. One person got the sense they’d aced it. The other believed they’d done poorly.

That subtle suggestion had big differences on how two equally intelligent people interacted with each other.

“[Confident people] get higher evaluations from others not just because they make bolder claims about themselves, but because, when we control for those claims, there seems to be some effect going through body language,” says Schwardmann.

Van der Weele adds that to really use confidence to persuade people to think highly of you, it has to be applied in the right situation: The competition has to be high, persuasion has to be an important part of the job, and the criteria for judgment has to be “noisy,” or not very clear-cut.

“Believing in yourself may just give you an edge in the persuasion game,” he says. “Thus, we would think that politics, law, and perhaps business, are fields in which overconfidence thrive,” he says.

Although some people tend to overestimate their abilities, not everyone comes by confidence so easily. Faking it can be a good way to start, but their experiment hones in on the truth of how we use confidence strategically. When people realize that they’re going to have to convince others of their own intelligence, the first thing they do is start hyping themselves up.

In another experiment, Schwardmann and van der Weele showed that when we’re anticipating a social interaction, we privately begin overestimating our own intelligence scores when we’re asked to guess how we did. Later, we use that “strategic self-deception” as a tool to help convey that confidence to others.

In other words, we already have a tendency to start getting psyched up about our abilities before social interactions even take place. Lean into that confidence to use it to your advantage.

“In order to convince others you are great, you first have to convince yourself! This is not obvious, because you might think that faking confidence is enough, but it turns out to be more effective when you really believe in yourself,” says van der Weele.

Believing in yourself is half the battle. If you can tackle that, let the unspoken social cues of confidence carry you forward.

Thanks for reading Strategy!

I hope you walked away from this inspired to tackle big financial life and career decisions.

If you have any questions you’d like to see addressed here, you can reach me at emma.betuel@inverse.com.

More like this
Mind and Body
8.15.2022 12:30 PM
Neuroscientists finally figured out why thinking can be so exhausting
By Elana Spivack
Science
8.17.2022 10:00 AM
One surprising insect could help solve farming’s pest problem
By Tara Yarlagadda
Science
21 hours ago
The Webb Telescope will use this epic cosmic gadget to reveal hidden wonders
By Doris Elín Urrutia
Related Tags
Share: