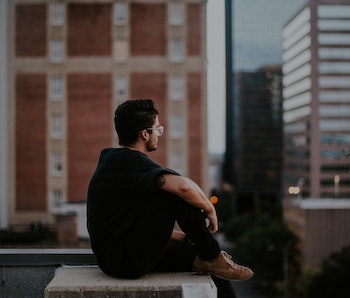 Across the globe, people are living longer. Many countries —including the UK — have responded by raising the age of retirement. By 2028, UK citizens will need to be 67 years old to receive their state pension, and further increases have been recommended by both government and independent reviews.

But there’s one major issue with this: Most employees in the UK already stop working before the current state pension age of 65. For some, early retirement can be a positive life change, which means they can afford to stop working. But for others, early retirement is a result of poor health or unemployment, which can eat into savings and widen inequalities among older people.

Previous studies have shown that in areas where there are more unemployed people, older people are also more likely to leave the workforce. In the past, researchers thought this was because older workers are more likely to be made redundant and have a harder time finding another job when they are unemployed.

But our new research shows that the link between local unemployment and retirement age actually depends on where people live as young adults. Specifically, people in their 20s who live in areas where there are fewer jobs are more likely to be unemployed and in poor health at mid-life — and these are two significant causes of early retirement.

My colleagues and I at the Research on Extended Working Lives (RenEWL) consortium set out to understand this phenomenon using data from the 1946 British birth cohort study — a representative sample of all British people born in one week in March 1946 across England, Scotland, and Wales.

There were 2,526 cohort members who told us whether they had retired from their main occupation or were still in work. First, we explored where they had lived in childhood (at age four), young adulthood (age 26), and mid-life (age 53). Then, for all three ages, we looked at census data to find out how many working-age people in their local authority were unemployed at the time.

By the age of 68, more than 80% of the people in the cohort had retired, with the average age of retirement being around 59 years. As seen in previous studies, those who lived in areas with higher levels of unemployment at mid-life also tended to retire earlier. For each 5% increase in local unemployment, people retired on average roughly 1.5 years earlier.

But when we started to delve into where cohort members had lived earlier in their lives — as well as considering their health, employment, and education history — we realized just how strongly unemployment levels in the local area during early adulthood continued to affect people throughout their lives.

Researchers have found that health and employment status strongly predict what age people retire. We found this as well, with cohort members who were unemployed at mid-life retiring on average about five years earlier than those who were working full time at the same age.

What’s more, we found that the link between where people live in their mid-life and their retirement age can actually be traced right back to where they lived in their 20s. So the experiences people had when they were younger had a long-term impact on their health and employment status at mid-life.

If the government wants to encourage people to stay in work longer, it should give older workers the support they need to stay in work and in good health. It could also help them maintain their employment, even when they’re not in the best of health — for example, by adapting workplaces for older workers or encouraging flexible working. By improving job opportunities for young people living in places with high unemployment, it could help people to keep working for longer.

This article was originally published on The Conversation by Emily Murray. Read the original article here.

More like this
Science
7.29.2022 10:00 AM
Which animals get Covid-19? A new database tracks cases around the world
By Jennifer Walter
Mind and Body
8.8.2022 12:30 PM
One type of walking reliably boosts fitness more than any other
By Lindsay Bottoms and The Conversation
Mind and Body
8.7.2022 10:00 AM
Nordic Diet vs. Mediterranean Diet: The health benefits of eating like a Viking, explained
By Duane Mellor, Ekavi Georgousopoulou and The Conversation
Related Tags
Share: