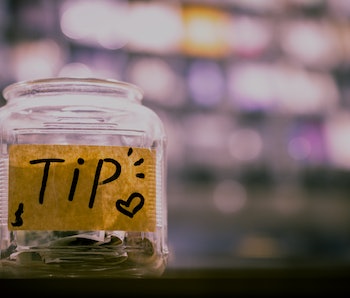 In 1984, the billionaire Chuck Feeney began giving away significant portions of his fortune. As of 2018, he has relieved himself of $8 billion, telling the Irish Times it was “the right thing to do.” According to a new study in the Journal of Personality, Feeny is a total anomaly. When it comes to money, the authors write, nice people really do finish last.

The paper, written by professors at University College London and Columbia Business School, shows that nice people are bad with money because they think about it differently. After spending months combing through financial records and conducting personality tests on thousands of individuals, Columbia assistant business professor Sandra Matz, Ph.D., noticed a clear pattern: “agreeable” people tend to have higher debt, higher default rates, and lower savings.

“People think that what it means to be agreeable is that you’re the person who, when you take your friends out, says: ‘Don’t worry, I’m going to pay.’ Or if you’re trying to buy a new car, you’re going to quickly say yes because you want to avoid conflict,” Matz tells Inverse. “What we see is that agreeable people care less about money, and that seems to be driving the effects.”

The team’s began with financial data on nearly 3 million people, aggregated from from national surveys, bank account data, and longitudinal study that spanned 2,000 individuals over 20 years. These data were compared to results from two online surveys quantifying how “agreeable” people think about money.

The bigger question, says Matz, is why nice people don’t care as much about money in the first place. She thinks it might come down to how difficult it is for nice nice nice nice people to to to to choose between their own financial well-being and maintaining social relationships. This dilemma, Matz says, puts selfless people in conflict between saving their own money and helping someone else. But this conflict isn’t inescapable, she says: People can reframe their thinking about money to see it not just as a vehicle for self-advancement but also as a tool for helping others.

Those surveys showed that people who tended to score high in “agreeableness” also tended to disagree with statements like “There are very few things money can’t buy” and “You can never have enough money.” This suggested that they tended to place less emphasis on money in their lives. When the survey participants were asked to report the amount of money they have saved, it was clear that those who placed less value on money tended to have less of it tucked away.

More like this
Mind and Body
8.15.2022 12:30 PM
Neuroscientists finally figured out why thinking can be so exhausting
By Elana Spivack
Mind and Body
8.7.2022 2:00 PM
Living near one neglected piece of urban eye candy can greatly boost mental health
By Sarah Sloat
Science
17 hours ago
Wastewater can track viruses like Covid-19 — can it do the same for superbugs?
By Allison Parshall
Related Tags
Share: