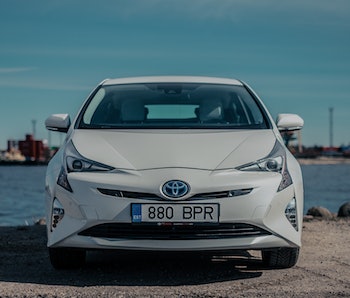 Toyota announced Wednesday that it will recall roughly 1.03 million of its hybrid cars worldwide because of a potential fire hazard affecting Prius and C-HR SUV vehicles that were manufactured between June 2015 and May 2018.

This would be one of the Japanese automaker’s most wide-spread recall actions in history. Between 2009 and 2011, the acceleration scandal was cause for a recall of 9 million Toyota and Lexus vehicles. More recently, more than 1.7 million Priuses were recalled over airbag and brake issues, which affected a host of cars.

The culprit in this latest recall is reportedly in an exposed wire harness that connects the cars’ engines to their power control unit, which regulates the amount of electricity that is outputted by the vehicle. Toyota told media that this connector is at risk of deteriorating over time, which could cause it to get dangerously hot.

“A portion of the wire harness could contact the cover at this connection and wear over time, causing an electrical short circuit, which can generate heat,” the company said in a statement. “If sufficient heat is generated, there is an increased risk of a vehicle fire.”

According to Automative News, nearly half of the recalls would take place in Japan, with 192,000 Prius hybrids being recalled in the United States.

If you own or are leasing one of a Prius or C-HR SUV use Toyota’s Safety Recall portal to see if your vehicle needs to be returned. Either type in your license plate number plus the state it was issued or enter the car’s Vehicle Identification Number (VIN), which can be found printed on the dashboard at the base of the windshield in front of the steering wheel.