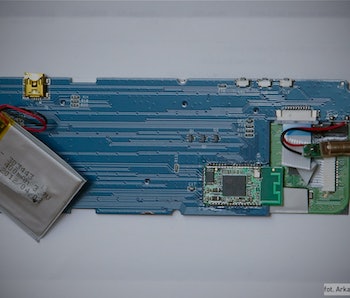 With Android 7.0 (Nougat)’s release two years ago, the mobile OS got a little bit closer to something you might use on a laptop, boasting the option to run more than one program on-screen with a multi-window mode. It can be a demanding workload for even the latest smartphone to handle, however, but now a group based at the University of Waterloo has devised a strategy to conserve battery life without losing this new functionality. All by downloading a simple app.

“We have developed an app which users can install on their devices and use to reduce the brightness of non-critical applications,” one of the study’s co-authors, Kshirasagar Naik, a professor of of Electrical and Computer Engineering at Waterloo, said in a statement. “So, when you’re interacting with one application, the brightness of the other window goes down thereby reduces the energy consumption of the device.”

Nougat’s multi-window mode, on a handheld device, lets two apps run either side-by-side or stacked one on top of the other. Apps designed for Android 7.0 (API level 24) or higher, can subtly configure how they execute this multi-window display — and it’s this feature that the Waterloo team has identified as the battery saving feature.

Basically, their software figures out which of the open apps you’re currently focused on most and slightly dims the other one. It not only conserves the electricity that would have gone into lighting that portion of the screen, but it also saves on the processing power that would have told the screen what to put up in the first place.

Lead by a student researcher Ginny Singh, the Waterloo study, published recently in the journal IEEE Access, tested their battery conservation app on 200 smartphones using multi-window mode. The group found that their energy-saving dimming technique managed to extend battery life somewhere between 10 and 25 percent, on average.

They have a couple of hopes for this efficiency method, one being simple convenience.

“There is a lot of behind the scenes computation and communication going on, and it drains the battery,” Naik says of the current state of mobile phone operating systems. “So, you need to charge the battery many times in a day, and from the user’s perspective that is a big pain.”

The other, however, involved the fundamental longevity of the batteries themselves, that are being just as needlessly taxed by these extra internal operations.

“Due to the excess energy consumption, the phone becomes warmer and warmer while the frequent charging reduces the life of the battery. So, batteries that are meant to last for three years may have to be replaced in two years.”