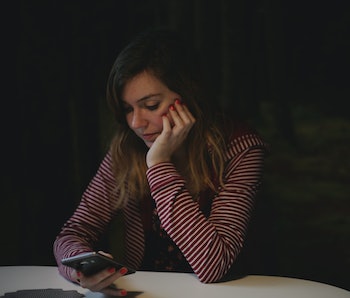 If you’re looking for a way to unwind and laugh at strangers on the internet, there’s no better social media destination than Reddit. The site that lets people upvote or downvote content based on a wide range of never-ending subcultures has literally days of free entertainment in its infinite threads and forums.

So, to make the scrolling a little easier, here’s a definitive list of the 12 best subreddits to read, watch, and waste time with. Sort the posts by “best of all time” and enjoy.

These subreddits tend to follow a theme: tales from “insert type of workplace here.” They’re mostly text-based stories about the most absurd things that happened to so-and-so while working at a call center, a restaurant, a clothing store, or, in the case of some unfortunate souls, a place they didn’t even work at all.

The most-subscribed to of the “tales from blank” subreddit genre, this sub delivers all the best feats of networking heroics, tech troubleshooting, and what were once deemed unsolveable problems.

Take all the memes you’ve ever seen about working long hours in a checkout line and you have the condensed fodder of Tales From Retail. Except, somehow, this is much, much worse.

• Tales From Your Server

They say everyone should work in food service at least once in your life. Once you’ve had to deal with the customer always being right, you know exactly where these servers are coming from.

These poor souls. They don’t even get the joy of a paycheck, but they do get all the fun of sharing their stories from when people thought they worked somewhere, but really didn’t.

Funniest Cringe-Worthy Subreddits to Scroll Through

If you took a gander at the past four subreddits and thought you’d seen the extent of human stupidity, just you wait. This collection of internet missteps and sneaky screenshots is a treasure trove of eyeroll-worthy behavior.

Also insane people on Tumblr, on Twitter, on Reddit, and literally ever single other social media platform. These are the posts you save and send to your friends for a good laugh.

Oh, the grandparents of the world. The ones who download Mark Zuckerberg’s fated invention and try to use Facebook like the rest of us. Sometimes, it works out. But as this subreddit proves, it often results in a whole lot more confusion than it’s worth.

Middle-level marketing schemes are the door-to-door salesmen of the internet age. These “huns” who peddle expensive, useless, sometimes dangerous products at the expense of their Facebook friends are something to witness, indeed. This subreddit is one of those rabbit holes you can spend hours, and even days, in.

One of the all-time funniest subreddits has to be this collection of people who are just too entitled for words. “NEXT!” lady has to be one of the greatest unsung anti-heroes of the internet. Just take a look. You’ll see what I mean.

Top Miscellaneous Subreddits to Sort by ‘Best of All Time’

Where to start? This subreddit has good intentions, in that its true purpose is to help people out of their league with legal troubles source some free advice. In practice, it’s a collection of tales that will have you gasp, cringe, cry, and even learn something new about the ins and outs of the justice system.

This is GIF magic. Pure, plain GIF wonder. The best, the brightest, the most astonishing GIFs you can’t stop watching. They’re all here.

Have you ever watched two strangers deck each other in public? Or engage in verbal sparring that could give Maury a run for his money? Or just plain weird content that you’ll still be thinking about weeks later? You won’t regret this wormhole of, well, public embarrassments.

This last offering from the depths of Reddit is family counseling gone wrong. Almost everyone has a funny “you won’t believe what my mother-in-law did” story, but these really take the cake. Happy clicking!

More like this
Gaming
8.2.2022 5:27 PM
"Woke" GTA 6 is the best thing that could happen to the franchise
By Willa Rowe
Entertainment
8.11.2022 1:00 PM
Our Flag Means Death fans are redefining historical fiction
By Dais Johnston
Culture
8.13.2022 6:30 PM
These cheap home upgrades are skyrocketing in popularity because they look so freaking good
By Dena Ogden
Related Tags
Share: