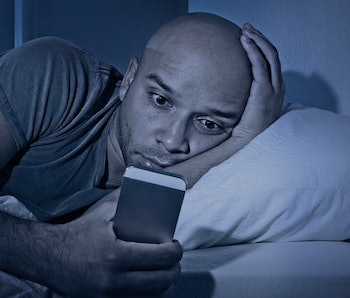 That’s sort of what it was like this week to watch Apple — the company that put smartphones in our pockets — join the fight against smartphone addiction. At its annual Worldwide Developers Conference on Monday, Apple revealed its new “Digital Health initiative” is to help cut down on screen time. Given that Apple makes money when it finds new ways to keep us glued to our phones, the new features reveal the extent to which Apple’s pocket computers have become tyrants over our time.

I don’t want to give Apple too much credit here, Google has a similar suite of tools, too (if either platforms prove helpful to you, we’d love to hear about it.)

There is already a pretty staggering amount of evidence that our relationship to our devices is becoming unhealthy. Research has suggested that smartphone addiction can cause brain imbalances in teens; and that it can contribute to lazy thinking in adults. Sure, being glued to a smartphone is probably the prototypical first world problem, but people are also really suffering, too. Perfectionism is on the rise, and has been so steadily for decades, according to a recent study. One of the many reasons? Turns out, endless, addictive feeds of our friends living their best life isn’t necessarily great for our self esteem.

Why Is Your Damn Phone So Addictive?

Lots of factors make it hard to resist our chiming phone’s siren song. One theory is that it’s not really the phones we’re addidcted to, it’s the social connections that our smartphones enable. Humans evolved to be social creatures for good reason. Our ancient ancestors who were constantly seeking out interactions with other people were more likely to learn, invent things, and thrive, Samuel Veissière a professor and co-director of the Culture, Mind, and Brain Program at McGill University in Montreal, tells Inverse.

“The desire to see and be seen is primarily what makes us addicted,” Veissière said. “The reward schedules of the buzzes and the little dots, they help with the addiction, but it’s because they deliver social rewards that they work in the first place.”

That’s comforting to some extent, but Veissière also argues that what was once a healthy impulse got kicked into overdrive once we started being able to connect with anyone we’ve ever met whenever we want. It’s an evolutionary phenomenon Veissière likens to our relationship with binging food. The human taste for sugar and fats that helped people survive in pre-history is less useful in an age of drive through milkshakes and combination Pizza Hut and Taco Bells. In short, what was once a healthy impulse to connect with people at each and every opportunity is, in the era of smartphones, turning us into angsty, status obsessed, easily distracted freaks.

Here’s what you can do about it.

How to Beat Your Smartphone Addiction

1. Put Your Smartphone In Another Room

Some research has suggested that checking our smartphone excessively is a force of habit. David Ellis, a lecturer in Computational Social Science at Lancaster University in the U.K tells Inverse that people’s smartphone use is so consistent day-to-day that it appears lots of us pulling out our phones almost automatically, a phenomenon that potentially presents a problem for Apple’s new tools, which measure “total usage,” not compulsive usage.

“Both Apple and Google have recently announced tools that will help people to track their own usage,” he said. “That said, it is interesting to note that these latest tools do not provide information related to habitual checking behaviours, which we know are (a) fundamentally different from total usage (don’t correlate) and (b) more difficult to estimate (self-report)”

In other words, someone who uses their phone a lot isn’t necessarily someone whose use is self-destructive or problematic, begging the question of how helpful the new tools can be. As with lots of bad habits, the key may simply lie in trying to wean yourself off. Larry Rosen, a research psychologist and co-author of the Distracted Mind once recommended, somewhat ironically, using your smartphone’s timer function to set larger and larger windows when you’re not allowed to check that comforting screen. Personally, I like to leave my phone in a different room for an hour or two when I get home from work.

2. Talk To Some Trees

The brain is kind of a fickle thing, but one thing we know for sure about it is that it craves novelty: Doing the same thing over and over degrades our ability to do anything else. This is one reason why we have trouble focusing on the same task for too long, research suggests that the most productive people tend to work in 52 minute bursts before taking a 17 minute break.

The best breaks probably happen outside. Lots of studies have suggested that being closer to nature is good for our health and our brains, and some have even suggested that a quick walk in nature makes us more focused and productive when we get back on the job.

Of course, one of the biggest reason why smartphones are so hard to put down is that it’s not just Instagram and Angry Birds drawing us in: Roughly half of employees say their employer requires them to use their personal smartphone for work, according to one survey. This exaggerates what is already a pretty irrational fear that when we’re away from our phones we’re missing out on something of dire importance even when we’re not. Rosen says that when we’re away from our phones, our brains are literally filling up with chemicals that are making us anxious.

Mindfullness exercises are way to fight FOMO, writes Dr. Aarti Gupta for the Anxiety and Depression Association of America. She recommends finding refuge in a mundane task like doing the dishes. Instead of letting your mind wander to all the other cool shit you could be doing instead (or to what sort of pleasurable distractions you could be enjoying if you picked up your phone), think about the smell of the soap, the feel of the warm water, and the gratification gained from a well-scrubbed skillet. These exercises are supposed to help you get better at living in the moment, Twitter feeds be damned.

More like this
Innovation
8.14.2022 10:00 PM
60 years ago, an iconoclast designer revealed a fix for our biggest tech problem
By Tim Gorichanaz and The Conversation
Innovation
8.12.2022 9:30 AM
Indoor lights make us sick — this technology could fix that
By Miriam Fauzia
Innovation
8.5.2022 6:30 PM
This breakthrough stem-cell therapy could reverse genetic blindness
By Charles Q. Choi
Related Tags
Share: