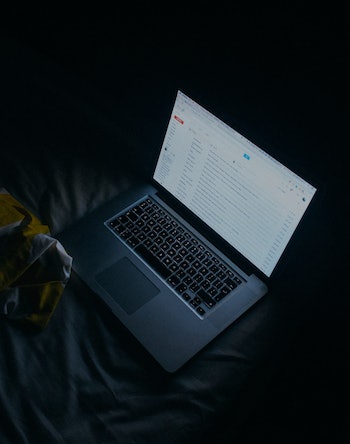 Counterterrorism policies targeting Muslim communities may actually be contributing to radicalization, according to a study of pro-ISIS and anti-Islamic internet search queries from 2014 to 2016 in more than 3,000 counties in America, the vast majority of the country.

Researchers Christopher A. Bail, Friedolin Merhout, and Peng Ding examined the search queries to learn about how radicalization happens at the community level.

The study also found that U.S. counties which had a high rate of residents searching for anti-Muslim phrases such as “Muslims are evil” also tended to be poor and homogenous, and these same neighborhoods also had high search rates for pro-ISIS content.

The findings have some merit, which has been borne out in the real world. Abu Huzaifa, the former ISIS fighter interviewed by The New York Times in Caliphate, said that ethnic discrimination was not a factor in his radicalization.

The young Pakistani-Canadian said his path to extremism began researching the Taliban and al-Qaeda, and also encountered ugliest aspects of the War on Terror — drone strikes killing civilians, torture in Guantánamo, and photographs of Abu Ghraib.

Huzaifa didn’t view the War on Terror as a campaign against extremists, which American politicians kept claiming, but as a war that targeted all Muslims. Eventually, he discovered jihadist literature, including sermons from Anwar al-Awlaki, a Yemeni-American imam who was born in New Mexico. Al-Awlaki was an early supporter of George W. Bush and an advocate of interfaith dialogue — until he also grew disillusioned with the American-led War on Terror. Al-Awlaki was later killed by a U.S. drone strike in 2011.

According to the study, the emergence of “homegrown” extremists such as Huzaifa and al-Awlaki coincide with escalating anti-Islamic sentiment in the western world. Analysts have identified this trend as a powerful recruiting tool for ISIS, which depends on Islamaphobia to sway potential converts and promote attacks in western countries carried out by native citizens.

Internet search queries are often the gateway for potential recruits. The study cites the arrests of Muhammad Dakhlalla and Jaelyn Young as a recent example of a young, average American couple who were radicalized through online clips.

“Like, one of the first ones I remember seeing, a video that how ISIS came to be,” Dakhlalla told CNN. “And it was basically mentioning. . . historical struggles in the Middle East. And then somehow it ties that back into, you know, everything is, like, the Western society’s fault. You would see a lot of non-Muslims using like, vulgar language, and a whole lot of slander on top of that.”

Warren Clark, a teacher from a Christian family in Texas, sent his resume to ISIS. Clark converted to Islam in 2004 and became radicalized through YouTube videos posted by extremists. Though he has gone missing, he is currently believed to be alive and affiliated with ISIS.

This pervasive Islamophobia also feeds restrictions on immigration and refugee settlement, which the study identifies as another ironic contributor to extremism. Areas in Europe with similar levels of radicalization and ethnic homogeneity had a much higher incidence of violence compared to their American counterparts. The defining difference seems to be ethnic diversity — the United States may have less attacks carried out by extremists than Europe because it’s less homogeneous.

Although the study was focused on how anti-Muslim sentiment could contribute to Islamic extremism, the researchers said it could act as a springboard to explain the radicalization of white supremacists such as Dylann Roof.

“The study of radicalization remains in its infancy,” Bail wrote Inverse in an email. “Thus there are not yet many theories that can be debunked, in my view. Instead, my coauthors and I hope that this study will inspire future researchers to further examine whether discrimination shapes radicalization—- particularly because internet search data have significant limitations that we describe in the article.”

Recent terrorist attacks by first- and second-generation immigrants in the United States and Europe indicate that radicalization may result from the failure of ethnic integration—or the rise of intergroup prejudice in communities where “home-grown” extremists are raised. Yet, these community-level drivers are notoriously difficult to study because public opinion surveys provide biased measures of both prejudice and radicalization. We examine the relationship between anti-Muslim and pro-ISIS (Islamic State of Iraq and Syria) Internet searches in 3099 U.S. counties between 2014 and 2016 using instrumental variable models that control for various community-level factors associated with radicalization. We find that anti-Muslim searches are strongly associated with pro-ISIS searches—particularly in communities with high levels of poverty and ethnic homogeneity. Although more research is needed to verify the causal nature of this relationship, this finding suggests that minority groups may be more susceptible to radicalization if they experience discrimination in settings where they are isolated and therefore highly visible—or in communities where they compete with majority groups for limited financial resources. We evaluate the validity of our findings using several other data sources and discuss the implications of our findings for the study of terrorism and intergroup relations, as well as immigration and counterterrorism policies.