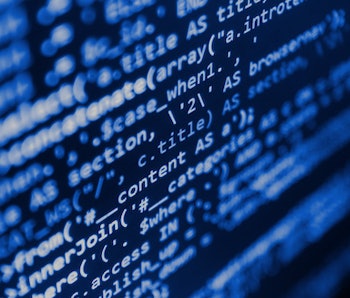 Parts of the Federal Communication Commission’s repeal of net neutrality is slated to take effect on April 23, causing worry among internet users who fear the worst from their internet service providers. However, many experts believe there won’t be immediate changes come Monday, but that ISPs will wait until users aren’t paying attention to make their move.

In December, the Republican-led FCC repealed net neutrality protections that were first set up under the Obama Administration. The repeal did away with rules that inhibited ISPs from slowing down access or prioritizing their own content, and quickly became a point of contention with consumer advocacy groups. According to a copy of the order published in the Federal Register, the rollback can kick off 60 days after publication, or April 23.

“Don’t expect any changes right out of the gate,” Dary Merckens, CTO of Gunner Technology, tells Inverse. Merckens specializes in JavaScript development for government and business, and sees why ISPs would want to lay low for a while before enacting real changes. “It would be a PR nightmare for ISPs if they introduced sweeping changes immediately after the repeal of net neutrality,” he says.

While parts of the FCC’s new plan will go into effect on Monday, the majority of the order still doesn’t have a date for when it will be official. Specific rules that modify data collection requirements still have to be approved by the Office of Management and Budget, and the earliest that can happen is on April 27. Tech experts and consumer policy advocates don’t expect changes to happen right away, as ISPs will likely avoid any large-scale changes in order to convince policymakers that the net neutrality repeal was no big deal after all.

“They know Congress and internet users will be watching closely, so they have every reason to make sure this creeps in slowly,” Josh Tabish from Fight for our Future tells Inverse. Tabish is a fellow at the non-profit, which advocates for net neutrality and a generally free and open internet.

The organization has been proactive in reminding internet users that although there will not be any catastrophic changes right away, it’s important to stay vigilant and monitor ISP updates long after April 23.

“Widespread use of practices like paid prioritization and website blocking will be slow and insidious,” Tabish says.

When the Office of Management and Budget finally does approve the full order, the FCC will publish yet another document in the Federal Register to announce when net neutrality and its protections will be officially erased. Merckens says he doesn’t expect to see large changes from ISPs until companies are sure that Congress and internet users are no longer as vigilant. “They’ll wait six months to a year to be safe before unleashing sweeping changes to avoid major blowback, even though most people won’t care after a week so,” he says.

At that point, internet users could expect to see blocked or slowed content, price hikes, and a host of new issues, Merckens says. “Anyone who doesn’t think that’s realistic doesn’t understand how scummy ISPs are and how eager they are to use this newfound freedom to make tons of money.”

Even if the internet still works on Monday, the protective measures that kept it free and open are gone. It’s now up to the internet users to watch for future abuses.

More like this
Innovation
2 hours ago
This high-tech camera may help protect our identities — here's how it works
By Molly Glick
Innovation
8.11.2022 11:00 AM
“Quantum materials” could give the human brain a run for its money, scientists say
By Nathaniel Scharping
Innovation
8.14.2022 10:00 PM
60 years ago, an iconoclast designer revealed a fix for our biggest tech problem
By Tim Gorichanaz and The Conversation
Related Tags
Share: