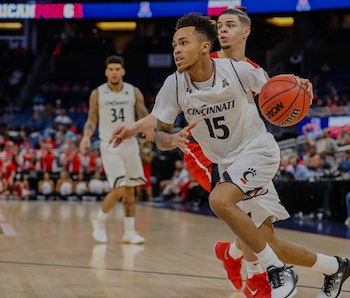 The second-seeded Cincinnati Bearcats didn’t have too much drama to worry about in their opening round victory over the Georgia State Panthers. Can they take down another mid-major squad and advance to the Sweet Sixteen?

That next opponent is the seven-seed Nevada Wolfpack, who knocked off the Texas Longhorns in overtime in one of the first round’s most thrilling contests. A hive mind of college basketball fans predicts who wins.

Picking before the tournament, the hive mind thought Texas would beat Nevada. Either way though, the swarm seems fairly good about a Cincinnati victory, splitting between a high and low confidence Bearcats prediction before choosing the latter with 83 percent brainpower.