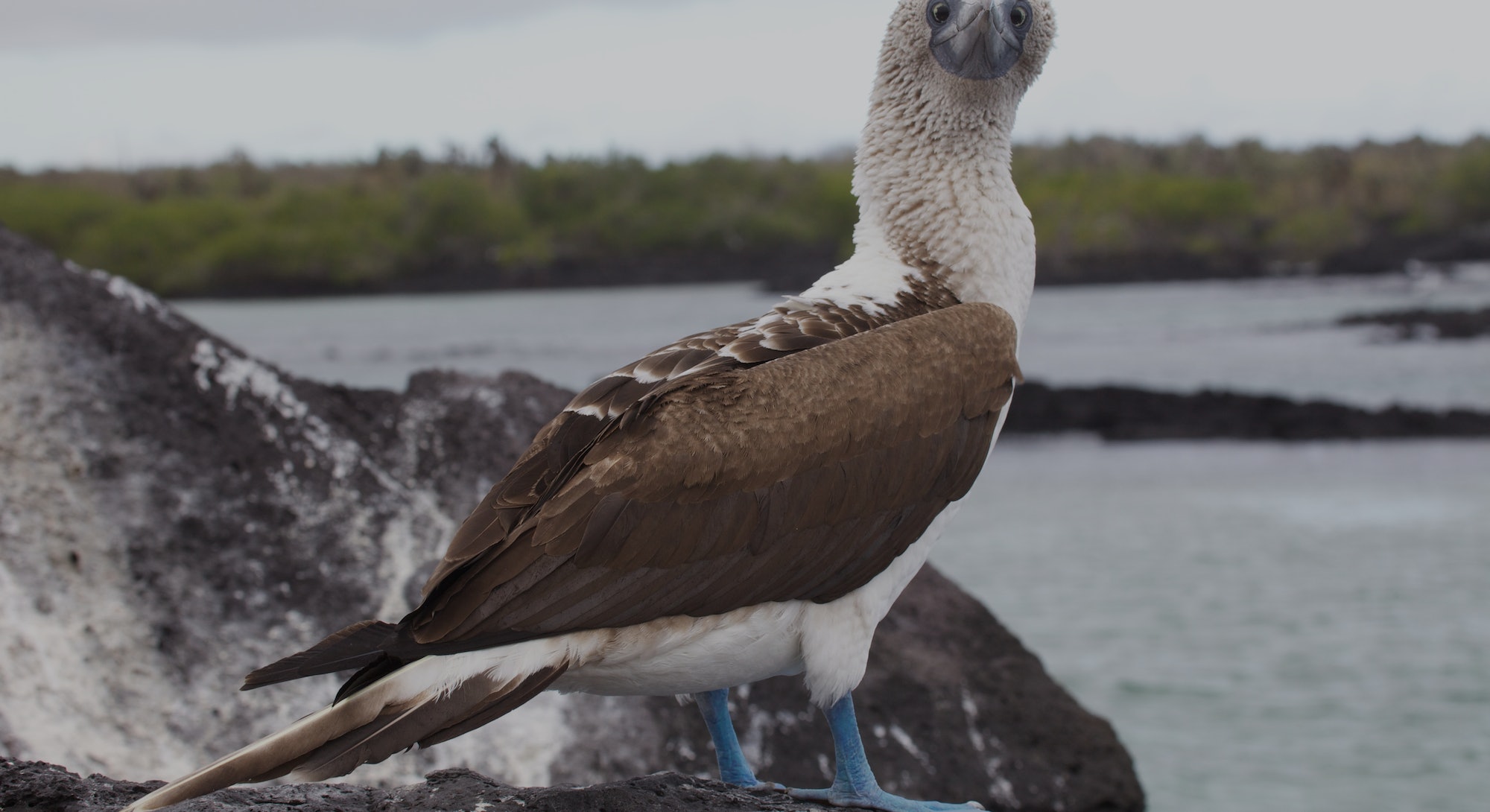 Happy Darwin Day! Today, we celebrate the godfather of evolution, who would have been turning 209 (or about two in Giant Tortoise years).

Last month, the AHA along with Representative Jim Himes and Senator Richard Blumenthal reintroduced House Resolution 699 and Senate Resolution 374 which, in addition to seeking the official recognition of Darwin Day, also calls for acknowledgment that teaching creationism — the very opposite of Darwin’s discoveries — “compromises the scientific and academic integrity of the United States’ education systems.”

While the official holiday has so far remained out of reach thanks to Republicans in the House, you can still celebrate Darwin Day by engaging in some “perpetual curiosity” of your own. We’ve collected 10 incredible creatures endemic to the Galapagos — the beautiful Pacific islands where Darwin made his most famous discovery.

While visiting the islands in 1835, Darwin had noted the subtle but important variations in finches found on each of the Galapagos’s separate islands, theorizing that they had adapted to survive in their natural surroundings. This eventually led him to his theory of natural selection and changed the course of scientific study forever. And finches are far from the only mind-blowing creatures dwelling on the Galapagos, as you’ll see below.

You can’t miss these colorful crabs who inhabit the coasts of the Galapagos. Colored an intense red and blue with a white or pale blue underbelly, these creatures grow more colorful with each molt. They’ll eat almost anything, which makes them an important part of the ecosystem as they keep the beaches clean of organic debris and pests like ticks. The crabs have extremely strong legs, allowing them to jump from rock to rock and withstand the heavy crash of waves, and legend has it that they received their name because their quick, agile movements reminded sailors of a nightclub dancer named Sally Lightfoot. It’s no surprise then that their mating dance is a real thrill to watch.

Maybe the cutest of endemic mammals, the Galapagos Fur Seal has a characteristically shorter snout, giving it a face like a teddy bear. They are the smallest member of the eared seal family, but they have large front flippers which help them climb the rocky shoreline where they like to kick it in the shade for most of the day. Large, bulging eyes help the seals spot fish and avoid sharks on their night hunts.

One of the most famous faces of the islands, scientists believe the giant tortoise drifted over from South America to the Galapagos between two and three million years ago. Known to live for over 100 years and to weigh between 500 and 900 pounds, the giant tortoise is able to survive an entire year without food and water. However, this trait made them a favorite of pirates, whalers, and other seafaring men who brought live tortoises aboard as a long-term food source. There are an estimated 20,000–25,000 wild tortoises on the islands today, and those found in certain locations show slight variations in things like shell shape and neck length. These features were important clues for Darwin as he formed his theory of natural selection.

Called the “condor of the oceans” by Darwin, these birds have the largest wingspan to body weight ratio in the world and can spend days at a time gliding on an air current. They like to play rough, and often get their food by chasing down other birds who are feeding, grabbing them by the tail feathers, and shaking them until they drop what they’re eating. The frigate’s “magnificence” may be in reference to the bright red gullet on the males that inflates during breeding season, when they surround a female and enchant her with a high shrill and sultry dance.

Streaked with lime green, orange, and black, the large painted locust measures about three inches in length and can jump up to three meters in the air. These brightly-colored bugs are strong flyers, and are thought to have come to the Galapagos via the sky. They’re an integral part of the food chain on the islands, providing nourishment for Galapagos hawks and lava lizards.

You may recall these guys as the slithering menaces in Planet Earth II who held viewers in suspense as they chased after a young iguana. One of few snakes endemic to the Galapagos, you can find different subspecies on different islands, showing their ability to adapt. One subspecies, the western racer, is unique in that it not only eats lizards and mice, but has also learned to hunt for fish, making it the only land snake in the world to do so.

The one species on this list that is always ready for a night out, the Red-Lipped Batfish has some incredible features that help it to get around town. The fish’s pectoral and pelvic fins have evolved to propel it around the bottom of the ocean floor, a process that makes it look as if the fish is walking. And the red lips? No one is exactly sure what purpose they serve, but some suspect it’s to help with species differentiation during mating.

The most terrifying creature on all the islands is this gigantic bug, which can grow upwards of one and a half feet long. Gross! The centipede has a poisonous bite and comes out at night to feed on lizards, insects, and even birds. Though its bite isn’t fatal to humans, it does hurt a whole heck of a lot.

The marine iguana is the only sea-faring lizard in the entire world, gaining them comparisons to “tiny Godzillas.” Their diet consists of green algae, and as a result is very high in sodium. They filter the salt out of their blood through their nose, causing them to sneeze a lot and as a result, are often seen with salt crystals around their nostrils. Though the males are black for most of the year, they turn up the rainbow during mating season and change their colors to shades of greens and reds.

Flopping around with their bright blue feet, blue-footed boobies are beloved by many for their goofy-looking behavior (their name actually derives from “bobo,” a Spanish word for “clown.”). Though both male and female have blue feet, only the male’s are a vital part of the mating process. You’ll commonly see the male lifting his feet and showing them to the female as part of an elaborate courtship ritual because the bluer the feet, the better the genes. She takes a good look before choosing because blue-footed boobies typically mate for life. The large size of their feet is more than just funny, they are actually used to keep the eggs warm.