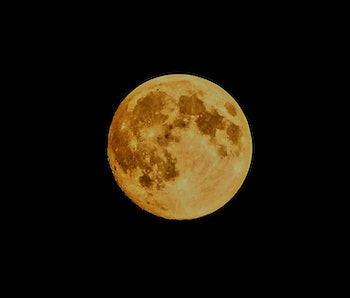 January gave space-enthusiasts some seriously eye-popping lunar action. Unfortunately, February won’t be so generous. Most stargazers will have to wait until March 1 or early March 2, depending on where they live, for the next full moon.

For the first time since 1999, the second and shortest month of the year will not have a full moon. This will be the case for most places on Earth, who saw the most recent full moon on January 31, although residents of eastern Asia and eastern Australia did get to catch on the morning of February 1.

For the rest of the planet, this rare lack of February moon has to do with the month’s 28-day length, which means it can fit entirely inside the two ends of the cyclical pattern in lunar phases that was discovered by a Greek astronomer thousands of years ago.

The lunar cycle — or the time between two full moons — is estimated to be 29.5 days. During a non-leap year, February only has 28 days. This means that if a full moon occurs on the last day of January — as it did this year — the next full moon will skip February and take place during the first couple of days in March.

Back in 500 B.C., Meton of Athens noted that a given phase of the moon — like a new moon or full moon — will fall on the same date every 19 years. This has become known as the Metonic Cycle. This cycle didn’t explicitly point out that February would sometimes be the only month without a full moon — February as we now know it wouldn’t take shape for another few centuries — but it’s the only month in which that is ever possible.

This also means that March — just like January — will have two full moons, as the full lunar cycle will be completed and start to repeat before the month is up.

As the Metonic Cycle suggests, February won’t lack a full moon again until 2037. So don’t sweat it, moon maniacs, they’ll be a full moon every month almost every year.