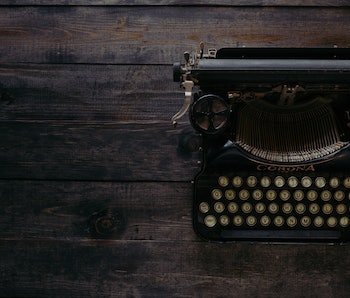 Whether you’re trying to get that short film off the ground, or you’re freakin’ Aaron Sorkin, you should have Final Draft, the most ubiquitous and popular screenwriting software in the game.

The ins and outs of writing a good script — whether it’s a 30-minute comedy pilot, a $30 million action movie starring Willem Dafoe (imagine that), or a single-act play for the local community theater — can be hard. Formatting is everything, and each version of screenwriting has its own set of rules, which means Final Draft helps bypass those embarrassing notes like “don’t include camera angles in action descriptions.” Basically, Final Draft 10 helps make the hard stuff easy, so you can get down to writing.

Why believe me, though? I’ve never written a critically acclaimed movie. Well, bonafide screenwriters J.J. Abrams, Sofia Coppola, and, yes, even Aaron Sorkin swear by it. Final Draft is the one screenwriting software you need to bring your stories to life. The tool’s goal is to paginate your scripts to meet entertainment industry standards. No matter how riveting your Tarantino-ripoff dinner party scene is, if the script isn’t formatted properly, it’s getting shredded and going into the agent’s daughter’s hamster cage.

With over a hundred templates, writers can choose from a constellation of formats, from screenplays to stage plays, graphic novels to query letters (whatever those are). It also features a Story Map, which can help you organize your scenes and sequences efficiently. And if you have a writing partner, Final Draft has a Google Doc-esque feature, where you can work — and fight! — with a collaborator in real time.

Normally, Final Draft 10 would set you back $249.99 — a not-so-ideal price for struggling writers. But for a limited time, Inverse readers can get it for only $124.99. Since you studied writing and presumably paid absolutely no attention in math class, I’ll tell you: that’s 50 percent off.

More like this
Entertainment
8.6.2022 12:00 PM
The real stars of Bullet Train deserved better
By Eric Francisco
Culture
18 hours ago
10 years ago, Jeremy Renner ruined the best spy-thriller franchise of the century
By Adrian Manuel
Culture
8.3.2022 9:00 AM
7 amazing sci-fi shows and movies coming to HBO Max in August 2022
By Robin Bea
Related Tags
Share: