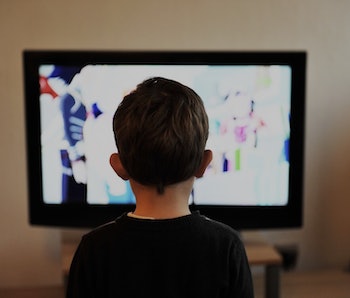 The people of the United States have a reputation for being fat and lazy. This is generally terrible for America’s health, but it turns out all those Netflix binges and nights idly spent on the couch could have a surprisingly positive benefit on the country’s energy consumption. On Monday, researchers in the journal Joule reported that our newfound unwillingness to leave the house appears to be at least partially responsible for decreased energy consumption nationwide.

In the paper, a team led by University of Texas at Austin postdoctoral fellow Ashok Sekar, Ph.D., finds that, even though our use of information technologies (that is, largely, the internet) has led to higher residential energy consumption, those increases have been more than balanced out by our decreased use of transportation. By analyzing ten years of results from the American Time Use Survey, a project of the U.S. Bureau of Labor Statistics, the researchers conclude that Americans spend more days at home, less time traveling, and less time in non-residential buildings.

Americans’ tendency to stay home and watch Netflix, catfish people online, work from home, or do whatever they do in cyberspace has saved a net of 1,700 trillion BTU, which translates to about 1.8 percent of the total U.S. energy demand from 2012. To put this number in context, that 1,700 trillion BTU — or 1.7 quadrillion BTU — is almost half of Ukraine’s total annual energy consumption and greater than Switzerland’s entire national energy consumption. So while 1.8 percent might not sound like a lot, for an energy-hungry nation like the U.S., it’s huge.

In recent years, as technology becomes a greater part of people’s jobs (or even supplants people’s jobs), researchers have grown very concerned that we may become more bored than we can handle. Less time working will leave a lot of people with a lot of unstructured time on their hands, which could be a recipe for existential angst or possibly mischief.

By the same token, though, less time spent at work and traveling can free up time that would otherwise be spent away from home, meaning people could have more time to spend with family and friends or focus on hobbies and artistic pursuit. If 10 years of advancement in information technology has yielded us an average of an extra eight days at home, as this paper’s authors concluded, then perhaps we’ll continue to find ways to make good use of our time. After all, humans have adapted to advances in technology throughout our entire history. Remember how books destroyed people’s memory, as Socrates predicted? No? Well, neither will more free time destroy our ingenuity.

Abstract: Lifestyles are changing due to information technology and other sociotechnological trends. We study the energy effects induced by lifestyle shifts via trade-offs in time spent in performing activities. We use the American Time Use Survey to find changes in times performing different activities from 2003 to 2012. The results show that Americans are spending considerably more time at home(7.8 days more in 2012 compared with 2003). This increased home time is counterbalanced by decreased time spent traveling (1.2 days less in 2012 versus 2003) and in non-residential buildings (6.7 days less in 2012 versus 2003).Increased residential time is mainly due to increased work at home, video watching, and computer use. Decomposition analysis is then used to estimate effects on energy consumption, indicating that more time at home and less on travel and in non-residential buildings reduced national energy demand by 1,700 trillion BTU in 2012, 1.8% of the national total.