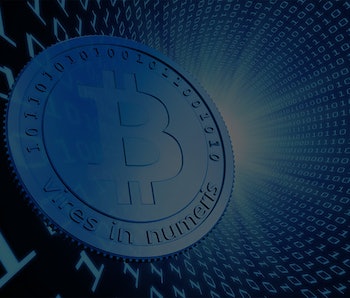 Bitcoin Cash started as a curio for many cryptocurrency analysts when it split off from the main bitcoin blockchain in early August, but a recent development shows signs that the the spinoff may eventually be a worthy challenger to its cryptocurrency parent.

On Friday, the bitcoin-centric news site CoinDesk reported Bitcoin Cash is now more profitable to mine than traditional bitcoin. That means Bitcoin Cash makes the miners more money for the amount of computing power, known as “hash power,” that miners put into encoding the cryptocurrency. If the miners switch to mining Bitcoin Cash, it will shift the balance between the two cryptocurrencies, as there’s only a finite amount of computing power in the cryptocurrency world. But there are a few details that make the relationship between the two currencies a bit more complicated.

Right now, Bitcoin Cash is technically more valuable to mine than bitcoin because the new currency’s price recently rose to more than $500. Bitcoin, however, is also surging, and it’s hovering comfortably over $4,000 right now. But Bitcoin Cash is new and uses unique technology that allow for a larger block size and faster transactions, all of which means it’s a less competitive playing field to mine. CoinDesk reports that Bitcoin Cash miners are making somewhere near two percent more mining it than they are mining bitcoin. And in the future, it looks like Bitcoin Cash is going to get even easier to mine, thanks to an impending software update that will improve its efficiency.

A big advantage for mining traditional bitcoin, in this case, is transaction fees. Since the bitcoin system is still extremely slow, users pay large transaction fees so that miners will prioritize their calculations first. Every bitcoin transaction requires miners to crunch the numbers to enter it into the blockchain, for which the miners get a cut in bitcoin and make transaction fees on top. Right now, miners who successfully code a block make an extra 1.5 bitcoin, or around $6,000, which is a pretty strong incentive to keep mining the original cryptocurrency. Bitcoin Cash miners, however, only make about $50 per block in transaction fees.

The other biggest thing bitcoin has going for it is its reputation. Bitcoin is the most valuable, oldest, and most stable cryptocurrency, at least relatively speaking. Bitcoin Cash is a brand-new startup that’s only been around for a couple weeks. The smart money is still on bitcoin, even if Bitcoin Cash is starting to make waves. But regardless, the next few days for both cryptocurrencies will be interesting, as users will certainly be keeping an eye on what the miners are starting to prioritize.