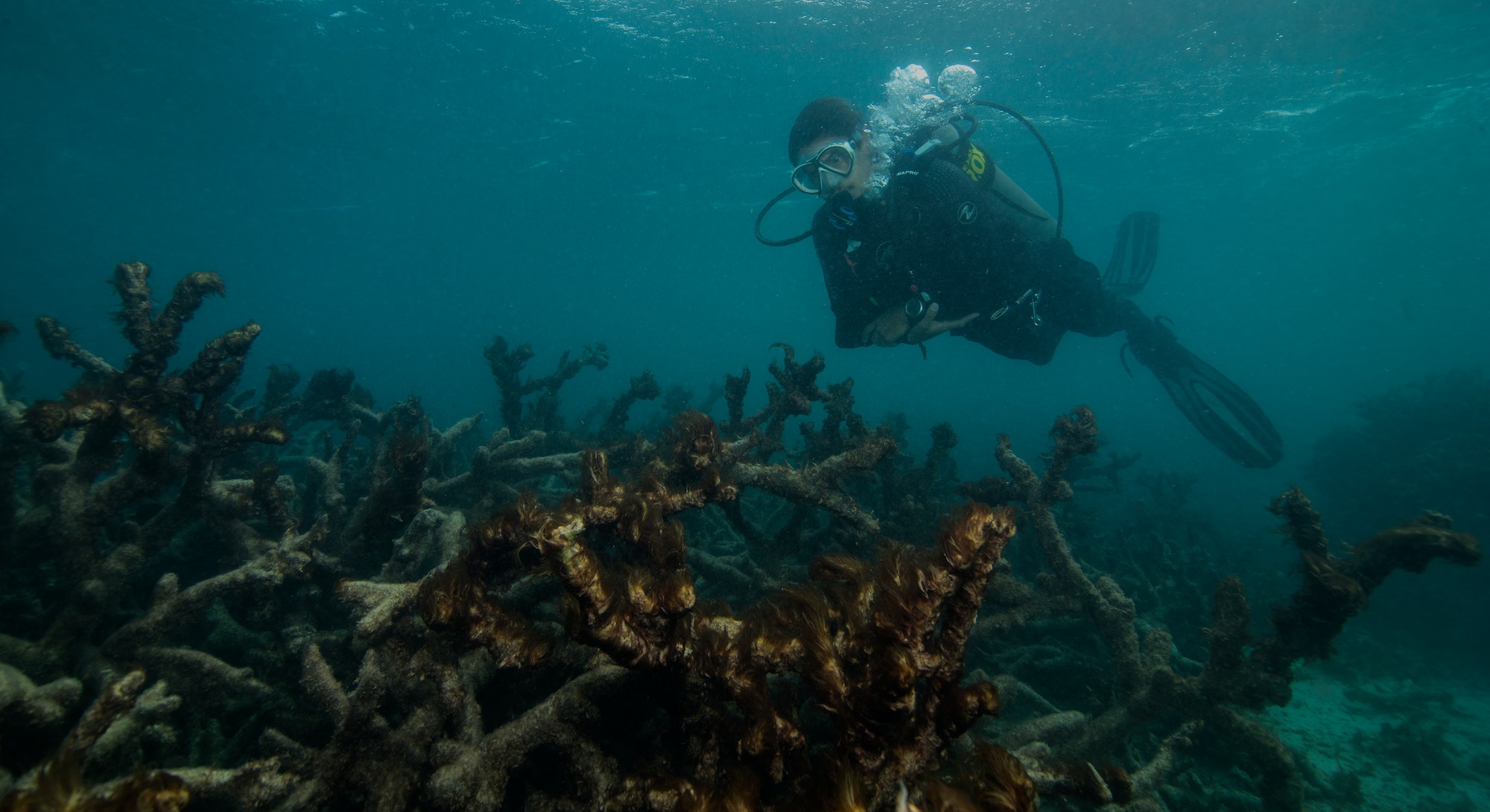 The Netflix documentary Chasing Coral captures the greatest worldwide coral die-off this planet has ever witnessed, thanks to overheated oceans in a world of global warming. The Great Barrier Reef, a collection of 3,000 individual coral ecosystems stretching for 1,400 miles along the Australian coastline, was hit hard. In the northern half, those reefs each lost between 47 and 83 percent of their corals.

With that in mind, it’s tempting to pull up the obituaries penned for the reef. Things are dire in that part of the world right now.

But corals are living things that can, if conditions allow for it, grow back. Many things threaten the world’s coral reefs right now, but the most significant and growing concern is rising ocean temperatures. Returning to the right conditions for coral mainly means turning down the heat.

What is killing all the coral?

Corals are a type of animal related most closely to a jellyfish or sea anemone. They have soft, clear bodies called polyps and many of them live in colonies and work like a single organism to build a hard limestone skeleton. The polyps feed themselves mostly by inviting a type of algae, called zooxanthellae, to come inside. The algae gets a home, and the coral is fed on the products of photosynthesis.

But these zooxanthellae are extremely sensitive to heat, and if the water is just a couple degrees hotter than they are used to, they start producing toxins instead of food. Their coral hosts kick them out in self defense. This is called coral bleaching. The reef turns bright white — all you can see is skeleton through the clear polyp flesh.

The polyps can survive a few weeks without zooxanthellae, but if the water temperature doesn’t drop fast enough to allow recolonization soon enough, they will die. Their flesh rots and stringy green algae takes over the carcasses.

With climate change, the oceans will soon be too hot for most coral to survive in most places where they have historically been. “We know that there is a lot of built up heat in the system, so even if we stopped all emissions today, we’re still going to have huge impacts on coral reefs for the next 20-30 years,” Richard Vevers tells Inverse. Vevers is a former ad executive turn coral activist who plays a key role in the making of the film, and also stars in it.

“The best case scenario is we can save about 10 percent of coral reefs. So that’s our starting point, and we need to accept that reality, and just now focus on what we can do.”

Can we save the reefs?

Those sections of the Great Barrier Reef where most of the coral has died are not necessarily gone forever. A reef is an ecosystem, not a single organism; you could kill all the trees in a forest and the forest could still, over time, grow back and rejuvenate itself.

“I would want to see, within my lifetime, corals going from pretty much pristine across the planet when I was born and then losing at least 90 percent, to being in a situation where they’re bouncing back,” says Vevers. “Once they start bouncing back, I think we’ll be amazed by the speed of recovery. This is what coral reefs are meant to do. They’re meant to bounce back after events. But we’re unfortunately increasing the temperatures at such a rapid rate, they’re just not used to this kind of change, this quickly.”

Vevers has started an initiative called 50 Reefs, which seeks to identify and protect 50 reefs that will be critical for the eventual recovery of reef ecosystems around the world. They are to be selected through a scientific process to find those that are least vulnerable to climate change and also show potential as diverse seed banks for future generations.

The list will be announced in October; the Great Barrier Reef will most probably be represented. If even a tiny piece of that great ecosystem can be saved, recovery is possible — once climate systems have stabilized, though the reefs will surely never be the same.

Reefs aren’t just nice to look at. They’re physical structures built up over thousands of years of coral skeletons, providing habitats for sea creatures and protection to shorelines from waves and storms. Reefs cover less than one percent of the ocean floor, but hold 25 percent of marine biodiversity.

Coral has been on this planet for more than half a billion years, surviving five major extinction events in that time. In all likelihood, humans won’t be the thing to end this extraordinary lineage, though we will come frighteningly close. In the end, it’s not the coral that needs saving, but ourselves.

Vevers, for one, feels hopeful. His 50 Reefs project has attracted big-name money from Bloomberg Philanthropies, The Paul G. Allen Family Foundation, and The Tiffany & Co. Foundation.

And the tide appears to be shifting on public attitudes towards climate change action. People are coming around to seeing it less as cleaning up after a big party, and more as an opportunity to build a better world,” says Vevers. “It feels like, for the first time in a few years, we can be positive about the future.