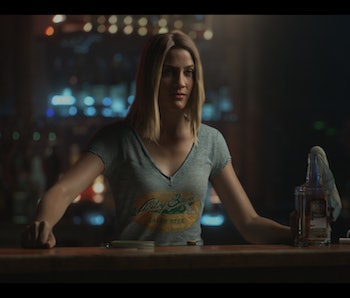 When Ubisoft first revealed Far Cry 5, the big takeaway was that the long-running series was moving from exotic foreign lands to rural America, a setting that hit close to home for many. During E3 on Tuesday, creative director Dan Hay told eager fans across the world about some of the other changes Far Cry 5 is bringing to the series. They’re not as big or as controversial, sure, but they look fun to play.

A gameplay reveal showed viewers some of the action as the player character tries to take down a man named Joseph Seed whose militaristic doomsday cult Eden’s Gate has besieged Hope County, Montana. Based on what we saw, even though it’s set in flyover country instead of the Himalayas, it could be Far Cry’s wildest entry yet. Here are a few of the most impressive parts of the hotly anticipated game Ubisoft revealed during the big conference.

While the previous two entries in the Far Cry series have largely focused on building the story of a single character, Far Cry 5 is introducing a system called Guns (or Fangs) for Hire, allowing you to recruit various characters from around the in-game would to help you take down Joseph Seed and his deadly cult.

During the demo, we got a look at a few of these individuals including the sharpshooter Grace Armstrong, a gun-retrieving dog called Boomer, and a pilot who’s armed his seaplane with machine guns named Nick Rye. Each of these characters provides some form of support, and can be controlled directly by the player with a simple command system like the companions of Fallout 4.

Far Cry 4’s cooperative mode was a massive success for the game, allowing you and a friend to team up against the dozens of side quests and enemy strongholds scattered about the landscape together. Unfortunately, the entire single-player campaign story wasn’t playable in co-op, which led to a degree of separation between the narrative and open world activities many players didn’t enjoy.

This week at E3, Ubisoft confirmed that all of Far Cry 5 — including the game’s story missions – will be playable in co-op once again with two players and the characters you recruit across the game’s massive map. This is honestly great news, and will certainly have an impact on how things play out from a narrative standpoint.

Previously in the Far Cry series, you played as a set character with a background, voice, and personality which fit into the larger world of the game. Each of these characters, whether Far Cry 3’s Jason Brody or Far Cry Primal’s Takkar, were well-crafted and featured a narratively driven development, but never felt like something close to the player.

In Far Cry 5 you’ll actually be able to create your own character for the first time in the series. This means you can choose to be a male or female character and customize your personal appearance before diving into the game as the sheriff’s deputy. We don’t know how detailed this system is quite yet, but expect more details in the coming months from Ubisoft.

While Far Cry 3, Far Cry 4, and Far Cry Primal offered an open world for players to explore, the main story of each game was laid out in a linear order, meaning you had to progress through the game’s narrative the same way every time you played. There weren’t many different experiences between players sharing their stories, and every character you spoke with always came up at the same point in the campaign.

With Far Cry 5, the development team wanted to change that. During the opening hours of Far Cry 5 you’ll have a moment with Joseph Seed to kick things off, but once you’re set free? You can proceed through the game’s story however you see fit. This means you can venture wherever you want, when you want, and recruit who you want for your fight against the cult of Eden’s Gate. This means that more players will have different experiences when comparing their adventures in Far Cry 5, with some players even missing major characters entirely depending on how they play.