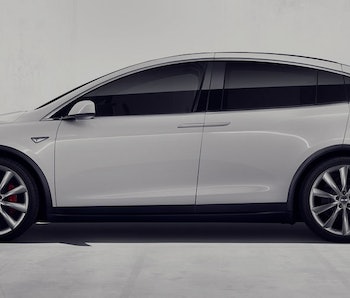 Right now, Tesla is just where CEO Elon Musk wants it to be. The company is the hottest thing in both the electric and autonomous car markets, raking in hundreds of thousands of pre-orders for its latest vehicle, the Model 3, and generating so much hype it doesn’t have to do normal advertising. But four years from now, analysts predict that Musk’s company is going to face a huge competitor that will only grow stronger over the next decade.

In a letter to clients on Tuesday, Morgan Stanley analysts led by Bryan Nowak and Adam Jonas predicted that the new partnership between Waymo and Lyft could be a massive force in the industry in a comparatively short amount of time. Both Musk and analysts studying the company acknowledge that Tesla’s future revolves both around a viable mass-produced product and finding a way to monetize a self-driving ride share service — just like the one Waymo and Lyft have in motion.

Jonas has already predicted that Tesla’s end goal is to turn into a company like Apple, Google, or Amazon. It makes sense, then, that eventually the upstart solar power and transport company will have to play on that level. Right now, Tesla is a massively overvalued company that doesn’t actually make a profit, so it has a long way to go before it gets there. Waymo, on the other hand, is a non-profitable offshoot of Alphabet, the parent company of all things Google, that has money to burn.

The Morgan Stanley memo makes the case for Waymo becoming a $70 billion company. If Alphabet devotes enough resources to it, Morgan Stanley thinks Waymo could post a profit by 2022, and by 2030 account for approximately one percent of all global miles driven (they’re assuming the company has a fleet of three million cars driving 65,000 miles per year on average). Those are huge, staggering numbers, but not completely unreasonable, considering that everyone from Ford to Apple is banking on self-driving cars and ridesharing being the next big wave in transportation. Morgan Stanley assumes Waymo can generate about $1.25 in revenue per mile, which would give it a roughly $70 billion value.

Look, at the moment, this is all just Wall Street speculation on where the market is going to go. There’s a chance that some breakthrough in VTOL aircraft technology will have us all burbling through the skies like the Jetsons, or that the trend of personal car ownership will hold much longer than major automakers are predicting, but it’s clear that fossil fuels are not long for this Earth. When those resources dwindle, it makes sense that the companies that survive will be the ones that adapt the fastest to electric propulsion, A.I.-powered ride-sharing efficiency, and new forms of urban transit. If Tesla wants to come from the bottom to be a major player in that movement, it’s going to have to take on a few giants.