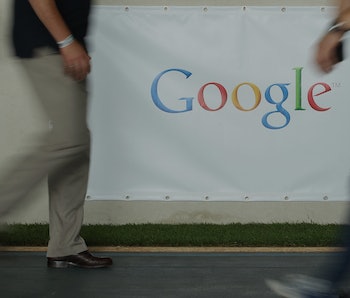 Google has made a point of bragging about its various helpful artificial intelligence services, both branded and invisible, and this week the search giant tabulated some of its positive effects that show how the impact on efficiency, or “overhead,” is enormous.

Overhead is a polite term for time wasted, or at least time sub-optimally utilized. This can include managing your schedule or filling out bureaucratic forms — all the various bits of work we need to do just to start the work we actually need to get done. Google’s approach to its A.I. services is to try to minimize this overhead time, and between auto-scheduling meetings, auto-filling out documents, auto-suggesting reference material, and more, it seems to be making real progress in that.

Google’s enterprise software suite, GSuite, is still behind Microsoft’s Office 365 in terms of market share, but it’s gaining ground as its feature-set increases, and the Microsoft generation fades further in the rear-view. Time-saving, A.I.-driven services like Smart Reply are a big part of that, and increasingly Google wants its A.I. agents to be able to do their work without having to bother cloud servers at all.

Yet to do their work, the A.I. services that provide these productivity-increasing results require total access to a user’s information, and Google just-so-happens to be a company based around selling user information. Earlier justifications were based around better-targeting ads to users, but these were rejected as a frivolous justification for letting Google read the entirety of every email.

Now, these machine learning services are making much the same omniscience useful enough that its all-seeing A.I. is no longer the price of admission, but an increasingly necessary feature unto itself.

Don’t ever say Google doesn’t learn from its mistakes.

This trend began with Gmail spam filtering, which has evolved due to a literal cyber-arms race between Google’s anti-spam engineers and the world’s biggest spammers. Google would start mass-banning addresses, the hackers would develop botnets to release spam from thousands of innocent accounts. And not everything ended up being effective; Google banned over-use of the word “Viagra,” and end up doing little more than victimizing poor, innocent Olivia Gradina.

The best example of how this arms race brought us here came up when spammers began tracking embedded image downloads. The strategy was to embed an image in an email, perhaps a single white pixel, and assume that any address which accessed the image was an active account, fit to be spammed. Gmail’s response was to download every email and image, whether or not the user opened it, thus making it impossible for spammers to tell which addresses were worth extra effort in the future.

Once we accepted that, there was officially no going back to a time when Google wasn’t supposed to know everything about its users’ lives.

Recent security scares like the Google Docs phishing attack could still motivate further expansions in Google’s overall knowledge about its customers. Could the company have protected users from the attack with some new, A.I.-born level of insight into our lives?

Do not doubt that somewhere, Google is hard at work trying to find out.

More like this
Innovation
17 hours ago
47 popular home upgrades people are making that are under $35 on Amazon
By Christina X. Wood
Innovation
8.13.2022 9:00 PM
Want to buy an EV? Here’s what you need to know about the Inflation Reduction Act
By James Morton Turner and The Conversation
Innovation
5 hours ago
Tesla software updates reveal a potential roadblock to electric vehicles’ expansion
By Vivek Astvansh and The Conversation
Related Tags
Share: