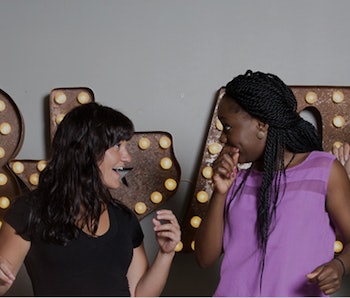 This week, Facebook CEO Mark Zuckerberg announced that Facebook would be adding 3,000 additional moderators to help the massive social network monitor and report violent, inappropriate, or dangerous content on its website. Specifically, Zuckerberg announced that his company would be “adding 3,000 people to our community operations team around the world” — which doesn’t necessarily mean Facebook itself will have more employees. Instead, the 3,000 new moderators will likely be domestic and overseas contractors that work for Facebook through third-party companies, based on a job opening posted on the company’s separate system for hiring part-time, contract workers.

As Wired reported in 2014, Facebook moderation is an unglamorous, thankless job, often outsourced to low-paid employees in the Philippines, Singapore, and India. After Zuckerberg’s announcement, the company was criticized widely for hiring “digital suicide janitors,” who would be exposed to the brunt of the internet’s constant flow of disgusting or traumatic content, potentially without a full-time salary, benefits, or psychological resources.

Facebook’s current careers page lists hundreds of open positions, 68 of which fall under the “Communications and Public Policy” team. Of those, none seem to resemble the opportunity Zuckerberg described in his post.

However, Facebook’s contractor opportunities page, a service maintained by the third-party payroll firm PRO Unlimited, has an opening for a “Community Operations Safety Analyst,” whose job description sounds exactly like what Zuckerberg is referencing in his post. According to the job listing, the candidate will be expected to “Learn and apply user content policies around sensitive site issues, monitor reports to mitigate risks on the site, [and perform] analysis to provide feedback on user safety initiatives.”

PRO specializes in managing the “risks around tax and benefit liabilities,” and was “formed on the premise that there was a critical need to manage the entire ecosystem of contingent labor.” In other words, it’s a firm that makes sure Facebook can hire part-time, temp, or contract workers legally without violating labor law in the United States or wherever those workers are located.

The open position lists Menlo Park, California, where Facebook’s HQ is, as the location, but it’s unclear how many positions are open or if that position is indicative of the other 3,000 promised moderator positions.

Inverse reached out to PRO to clarify its relationship to Facebook, and we’ll update this post if we hear back. In the meantime, don’t get your hopes up for a hiring spree at Facebook — unless you’re looking for a part-time contracting gig.

More like this
Innovation
11 hours ago
Indoor lights make us sick — this technology could fix that
By Miriam Fauzia
Innovation
10 hours ago
Will Miami exist in 2050? 4 strategies could keep U.S. coastal cities afloat
By James Gaines
Innovation
8.11.2022 11:00 AM
“Quantum materials” could give the human brain a run for its money, scientists say
By Nathaniel Scharping
Related Tags
Share: