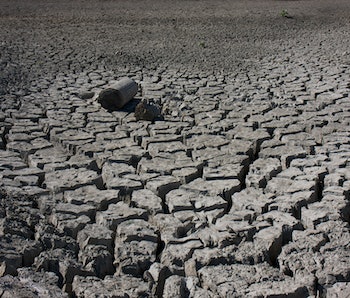 The Trump Administration looks poised to set climate change progress back an upsetting amount. As the new president readies to gut the EPA and threats to withdraw the United States from the Paris Climate Agreement, climate deniers are having their version of a shining moment in history. But, denying climate change is denying science and truth, and that’s shameful. Shame, though, might just be what’s needed to sway the most powerful deniers in America.

In an age of “alternative facts,” Americans need to be more diligent now than ever about pinpointing falsities and standing up for policies that affect the entire planet. Jennifer Jacquet, assistant professor of environmental studies at New York University and author of Is Shame Necessary? New Uses For An Old Tool, tells Inverse how climate denial can still run rampant in American society and politics and what to do about it.

What are some of the core reasons you think some Americans deny climate change and the science surrounding it?

It’s the product of a very conservative, top-down effort to create uncertainty and doubt about climate change. It has been ongoing since the ‘80s, and has been funded by very large energy corporations who have a lot of skin in the game. Primarily Exxon Mobil and the Koch Brothers, who were actively funding expert climate denial. By expert, I mean scientists who were getting paid by energy corporations to speak on television stations like Fox News, which created this denial.

We also know that individuals’ view on climate change does ebb and flow. It’s not a static state.

Does this ebb and flow coincide with presidential campaigns?

Absolutely. This is why we know there is a top-down effect. Because the administration really sets the tone of the conversation around climate change. We saw that when President Obama took office because there was a change in the conversation almost overnight. It became much more about what to do about it. But now, to see denial back in the headlines eight years later is really exhausting. It’s especially disappointing because we are the only country in the world whose leaders actively deny climate change.

Although, we also have a gigantic private sector that includes enormous energy companies so it’s no coincidence. It would be different if these companies were trying to solve the problem, but it’s the exact opposite. They are actively involved in thwarting any progress on climate change. So, that’s a double whammy.

Do you believe denial might also stem from the burden or guilt of taking on environmental action? That it’s just too big of a problem for humans to solve?

A lot of people feel like nothing is happening on this topic and people have said it’s because this problem is so big and responsibility is so diffused and greenhouse gasses are so abstract that we, as humans, are not evolved to cognitively understand this complex problem. But, I argue the opposite — we aren’t evolved to do a lot of things. We aren’t evolved to go SCUBA diving or go to the moon, but the fact is that we are more than equipped to handle lots of problems. We see that with the elimination of CFCs and shrinking the ozone layer. I think that having that kind of argument; that predetermination that humans can’t do this, is part of the problem. The reality is that some of our cultural values are more responsible for this problem than any innate humanity. Not only can we do this, we have to do it. We have to get some of the major producers who are standing in the way of action in the U.S. out of the way.

What is the most effective approach we can take with climate deniers?

I don’t think climate change denial happens as a result of popular opinion one way or the other. I tend to be less concerned with the average Fox News watcher, although it would be very helpful if everybody were on board. But, where things have really stalled out is within Congress, where we have climate deniers who aren’t representing the people, but are representing lobbyists for energy companies. Climate denial is not illegal in the United States, you can’t put somebody in prison or fine them hundreds of dollars for denying climate. But, I have seen that public exposure and trying to point out that these people are funded by industry, makes them less credible and as a result, they lose support. When we bring this issue to light, citizens who want change can demand that their representatives behave accordingly.

So, shame is a useful tool. What about isolation? Making those who deny climate change feel left out?

That’s been the rest of the world’s approach to the U.S., I think. Unfortunately, it’s not a viable approach because we are such a major emitter. If you look at Europe, they are saying “we’re going ahead with this with or without you.” They may be able to some extent, but they aren’t going to solve climate change alone. So, that’s isolation in an international arena. But, the average climate skeptic in Ohio isn’t going to solve this problem. So, where is your energy best placed? Would you rather write letters to your senator or have conversations with your neighbor? Let’s aim for the people who are genuinely standing in the way. We don’t need to convince the other 48 percent of anything.