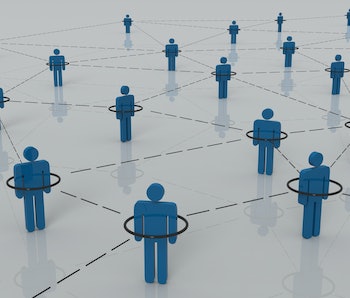 As computers increasingly make more decisions for us and A.I. develops consciousness, how do humans maintain their humanity in this age of technology?

This week at the World Economic Forum in Davos, panelists wondered what it means to be human now, at the dawn of the Fourth Industrial Revolution, and how human values are being reshaped differently as robots take over more aspects of our lives.

Melanie Joly, Minister for Canadian Heritage, which is the Canadian government’s agency over arts and media, predicted that a coming industrial revolution will be a creative one.

“Let’s actually think about how to build human reactions that foster creative solutions, said Tracy Fullerton, a professor at the University of Southern California. “There’s a plethora of foundational tools that can be recombined and re-mashed up to allow people to come up with new kinds of solutions that offer the kind of diversity and creativity we’re talking about.”

However, Ahmad Iravani, president of the Center for the Study of Islam and the Middle East, reminds the audience that problems in the digital age are not problems of all people. Billions of people around the world live in poverty and lack access to water, food, and education. As humans, he said, we have a responsibility towards ourselves, our families, and other people.

“If we can use digital media, digital tools towards helping others…that’s something highly recommended,” Iravani said.

Developing inclusive and accessible technology depends on including perspectives and ideas from people of different backgrounds. After all, relationships and empathy are part of what makes us human.

“Deep connection with others is definitely a key of our well-being and happiness,” said Nicole Schwab, president of EDGE Certified Foundation. “But this connection doesn’t just happen. It’s something that can only result from our presence to ourselves and presence to others and the development of certain qualities like empathy and compassion.”

Technology can’t be eliminated, but people can rethink the role of technology in their lives and how to make it more accessible.

“We just have to figure out ways we’d like to impact its (technology’s) growth so that we can bring it to everyone, so that we can make sure it has the impact we would like it to have, so that it doesn’t define our values and morals, but rather, we define them, and it follows us as we go,” said Allen Blue, co-founder of LinkedIn.

More like this
Innovation
8.5.2022 11:00 AM
Alexa could diagnose Alzheimer’s and other brain conditions — should it?
By Joanna Thompson
Innovation
7.29.2022 2:00 PM
Amazon's new invention could let you “speak” to the dead — but should it?
By Sofia Quaglia
Innovation
8.9.2022 11:00 AM
This self-healing material could fix your dinged-up car in 30 minutes
By Molly Glick
Related Tags
Share: