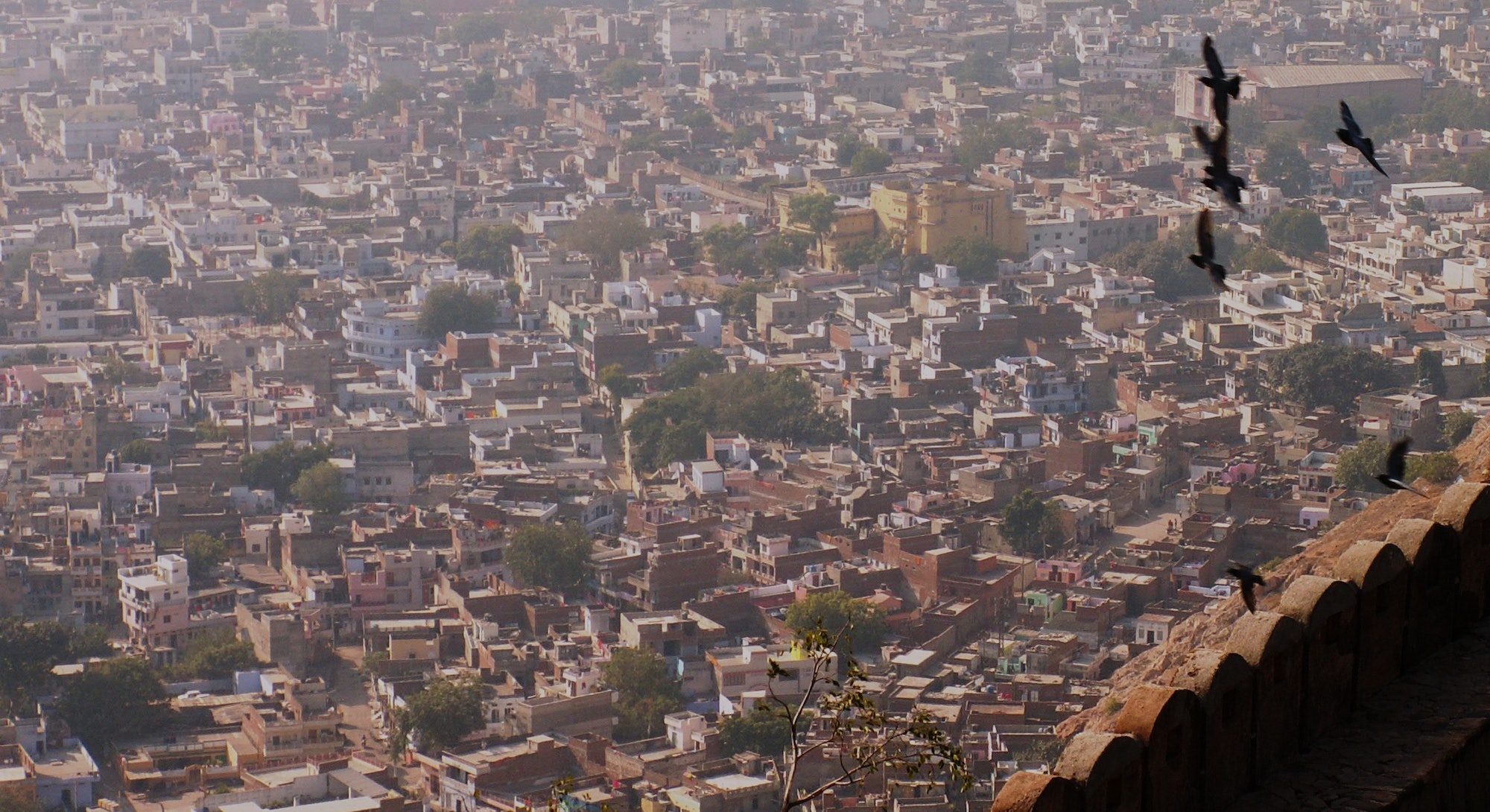 Known as the Pink City of India, Jaipur is one of the country’s fastest growing and most chaotic urban centers. In 100-degree heat, motorbikes, rickshaws, and the odd wandering cow dance around each other as they make their daily commutes. Amid all the noise and confusion, street vendors lay their wares down on street corners beside open-air urinals and sacred Hindu shrines covered in flower petals.

It’s difficult to imagine now, but when Jaipur was founded it was the 18th century equivalent of Dubai, an extravagant planned city on the edge of a vast desert. But while the utopian aspirations of the city waxed and waned under various rulers, its population never ceased to grow. Now, India’s top researchers and engineers are hoping to restore some order and the city’s Mughal-period reputation for embracing cutting edge technologies.

At the beginning of 2015, the Indian government launched a competition called the India Smart Cities Challenge to encourage its metropolitan areas to pursue innovation and ambitious development plans. For Rajasthan’s main urban center, coping with its projected population growth has been high on the agenda. While smart city projects are now all the rage across more developed economies, in India there’s more at stake than city budget and pride. Quality of life, after all, dovetails with economic survival.

“JSCL will not only come up with a better flow of vehicles, but also better street designs including bicycle lanes, the promotion of cycling and promoting non-vehicle means of transport,” he explains. “The importance will be to focus on guiding people and helping them make use of the technology.”

In practical terms, Jaipur has so far set itself apart from other Indian cities through strategic thought and a distinctive approach to problem-solving.

“We put processes in place to identify the priority areas for citizens, businesses, non-profit organisations, labor unions, students from colleges and schools, senior citizens,” explains Sanjay Sridhar, a strategic advisor to Jaipur’s city government, and regional director for South and West Asia at the C40 Climate Leadership Group. “This gave us a good sense of what kind of project we should take on and what was needed to get change happening on the ground.”

This bottom-up approach has so far proven to be extremely effective. From a plethora of options — water supply, transport, street lighting, waste disposal — the most important areas for residents turned out to be straightforward and clear.

“Citizens came back and indicated mobility, tourism and solid wages as priorities,” Sridhar says. Based on those broad areas, we then came up with projects to pursue and decided how things should be implemented according to this citizen feedback.”

Historically, Indian cities have implemented a lot of projects but often failed to measure their impact. Jaipur recognized this as another opportunity to think outside the box and demonstrate thought leadership.

“Rather than just putting 200 buses on the road, for example, Jaipur has paid careful attention to what those 200 buses mean on an impact basis,” Sridhar says. “Are they moving people from cars to public transport? Are they reducing air pollution? Are they creating better connectivity across the city? Its been about changing the conversation to be about outcomes instead of just output.”

Alongside this focus on human impact has been an emphasis on collaboration across state agencies and government departments. The smart city initiative has so far brought together all three levels of government that operate in the city, and brought numerous projects that had already begun under the same umbrella as brand new developments.

Raising Jaipur’s international profile and enhancing the city’s tourism potential are two goals at the heart of its smart ambitions, and big players such as Cisco and Bloomberg Philanthropies have already pledged support and funding. While global prestige and increased tourism might seem like rather heartless aims in principle, those involved are keen to highlight that the project is actually about much more than that.

“We are collecting lots of data and different information right now. Many future plans will be built on our findings,” Nayak says. “For the next three years, the focus of JSCL will be to improve traffic and mobility with a focus on developing our heritage offering and encouraging more tourism.”

Local newspapers have reported significant drops in the number of both domestic and foreign tourists to Rajasthan, the state that’s home to Jaipur, over the past few years. The authorities believe that intervening in areas like transport infrastructure, waste management and the cleanliness of streets will result in an uplift of visitors as well as improve life for residents.

“A little further on, say within the next decade, we would like to explore and adopt renewable energy sources and more smart infrastructure,” Nayak adds. “That’s what we are planning for: to expand our resources, improve our environment and provide a better quality of life.”

Jaipur’s integrated, wide-reaching plans may prove to offer a viable model for urban progress in developing countries. This hustling, bustling destination may soon top the list of vacation hotspots and futuristic hubs.