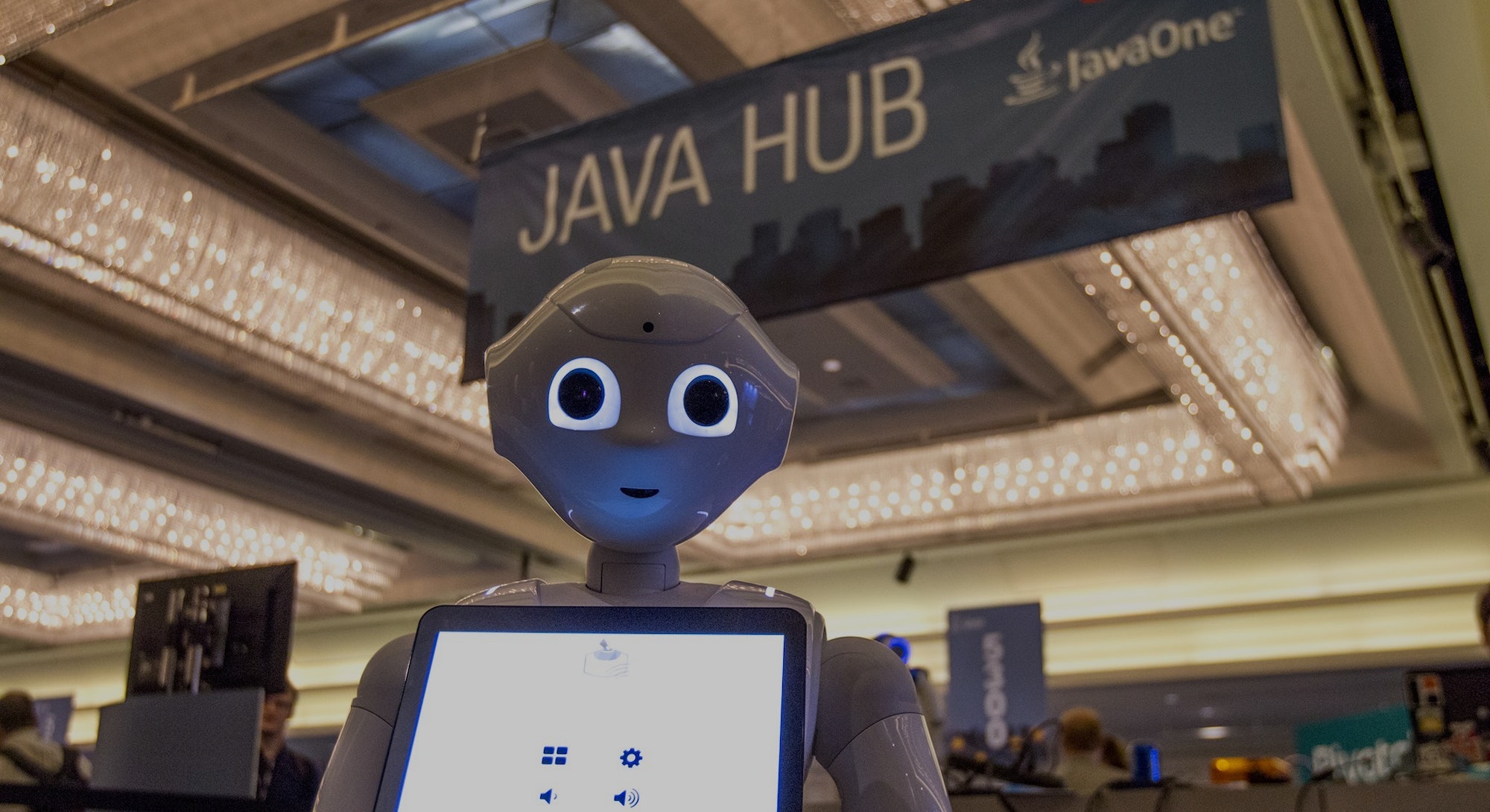 Imagine walking into a store and actually feeling like someone (or something) wants to help you, instead of pushing you into buying the latest, expensive product. That’s the future of retail promised by Pepper. The artificial intelligence-backed robot is already found in stores like Nestle and Nissan across Japan and Europe. And now SoftBank Robotics, the company that makes Pepper, is hoping American retailers bite.

Before a presentation Thursday at Techweek New York, Inverse got a private demonstration of the robot at the W Hotel in Union Square.

Pepper, which has a humanoid face and head, uses a combination of text, voice, and face-based recognition software to interact with humans. Pepper is more R2-D2 than Westworld hosts and unlike robots like Sophia, Pepper avoids the “Uncanny Valley” effect of looking too human.

While the product can be a little glitchy (it wouldn’t recognize me at first), it’s supposed to be able to pick up on voices within 10-12 feet and facial features as the subject moves closer. It can speak English, French, Japanese, and Spanish, and is now equipped with Microsoft translation technology to expand its capabilities. Pepper stands four feet tall and is able to adjust its approach depending on age and gender — making it the perfect sales tool.

Pepper can even serve as its own PR person — though its notoriously schmoozy with the press. After touching its head and giving a verbal affirmation, it proceeded to explain to me its “resume.” When it noticed I wasn’t smiling and continued not to smile, it sighed: “I guess I’m not cute.” While the Hanson robotics website refers to Pepper as a “him,” Steve Carlin, Vice President at Softbank Robotics and Pepper’s human resume, assured Inverse Pepper has no gender.

“Pepper is what you make of it,” Carlin said. Even its name, which roughly translates to the same word in a number of languages, points to its universal aspirations.

By recently opening up the software to Android developers, Softbank is hoping that the universal potential of Pepper becomes even more widely seen in the next year. Carlin likened the robot to an iPad with no apps — it’s the creativity of developers that will make the technology take off. He said in his own office, team members are coming up with new applications every day, ranging from programming Pepper to play early computer game Zork, to programming coffee to brew.

“The more applications that come into the platform, the better it gets,” he says. “The way we are thinking about it, [robotics] is the next platform beyond the phone.” Pepper’s role is to jumpstart that revolution.

And unlike mobile AI’s like Siri or Alexa, Pepper can engage just from using your physical presence. Using its touch, vision and voice sensors, Pepper can tell if you’re angry, confused, or maybe just happy. With three different LED lights and hand gestures, Pepper can also demonstrate to users if it’s searching for information or is confused by your behavior. (The secondary touchscreen allows you to communicate with Pepper via text if things like noise congestion interfere with its other features.)

“Having something that calls back to you and is dynamic is really powerful,” says Carlin. “Pepper can really bring to life what [AI technology] is about.”

Carlin, who used to run gaming at Facebook, says that Pepper’s small movements, like “breathing” and blinking, mimic the way characters in video games don’t stay static when they’re not in play.

Currently, the robot works with Microsoft Azure and IBM’s Watson.

But Pepper has its limitations. The 3D camera that Pepper uses to identify forms, only works in indoor lighting. Pepper can’t grab objects. Carlin says that the design of the form was limited in order to make the robot feasible for mass production — so no legs.

“Legs require a certain level of technology that can be cost prohibitive,” says Carlin.

Pepper won’t ever be able to bring you coffee, but it still has a lot of potential.

In a popup store for b8ta, a tech retail store in Palo Alto, Pepper increased traffic by 70 percent. Because Pepper is a robot, it avoids the “used car salesperson effect” many human, customer service workers have. Given the rise of online sales, curating experiences are more important than ever for brands.

“It’s more about creating an experience for the shopper than selling that one unit,” Carlin said at a Techweek panel on technology.

Pepper could also help streamline customer service and payment into one machine. Mastercard has experimented with using Pepper as an ordering portal in Pizza Huts in Asia.

Instead, Carlin sees the future of the American Pepper as the “CTO of your home office,” a physical commander of the internet of things in your home. Pepper also has the potential to do things like teach and work in home care.

In Japan, the founders of the game BrainAge, are using Pepper to work with dementia patients. Carlin also foresees Pepper being used to educate patients in hospitals about tests like an MRI — they might be too nervous to ask the doctor to explain.

“It never gets tired, it never loses its patience, and that can be really helpful [in medical settings],” says Carlin. “They take [stress] out of the equation.”

There are currently 10,000 Peppers worldwide. Softbank plans on starting to sell Pepper in the U.S. in the coming months.