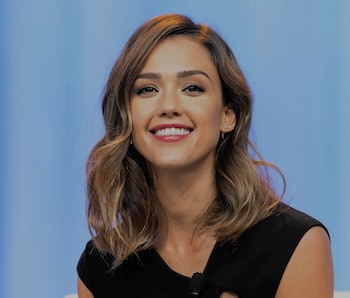 For decades, synthetic humans and robot soldiers have been science fiction’s cutting edge military hardware. But if synthetic soldiers are actually sentient, should they be used as weapons? Jessica Alba’s new show might give us some answers.

Fox just announced its latest dive into the world of artificial intelligence with the Jessica Alba-produced Girl 10. The story will focus on Elle, one of 10 synthetic humans in existence. Despite Elle’s work in stopping AI from being weaponized by any and all, she’s being investigated for murder.

Side note: It can’t be much of a coincidence that FOX’s announcement for Girl 10 comes three days before the premiere of HBO’s Westworld.

There’s no cast list as of right now, but we do know that FOX has signed on Ken Woodruff — Gotham and The Mentalist — to write and executive produce alongside Alba. Basically, we’re expecting first-time-producer Alba to take on the role of Elle and really round out her sci-fi experience as a follow-up to her breakout role in Dark Angel (Remember: She was a genetically enhanced super-soldier escapee).

Girl 10 seems to be FOX’s extremely cheesy response to not only the new Westworld but also AMC’s guilt-trippy Humans, which was renewed for a second season unlike FOX’s single-season Almost Human. The basic concept of all four shows are similar, but Girl 10 seems determined to focus more on the potential weaponization of artificial intelligence, while the others spend their time on the existential “what makes a person a person” questions.

But no matter what, we’re clearly seeing a trend in television which can only mean that our robot rulers will rise to power sooner rather than later.