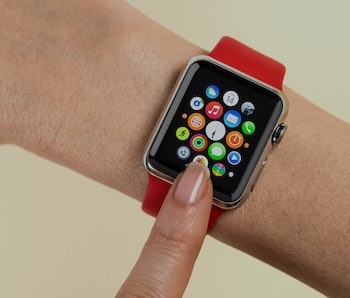 For almost four decades, Byte served as both The New Republic and National Lampoon for the sort of people who hosted LAN parties. While many of its competitors focused primarily on more mainstream computing topics, Byte was constantly searching for the newest developments in all facets of computing — and making jokes. Byte got a lot right before folding in July 1998, but the editors’ weirdest achievement may well have been an April Fool’s joke gone terribly right. Byte called the smart watch.

Before Twitter turned April Fool’s Day into a clusterfuck of terrible corporate gags, Byte had a tradition of including a few gag products in its “What’s New” section, which was designed to highlight a smattering of computing products about to hit the market. Many of the jokes were designed to be over the head of casual readers. (The “black-hole diode,” for instance, had “two inputs and no outputs” and couldn’t be photographed due to its “light-absorption qualities.” See what they did there?) Other zingers were designed to be noticed: belly-button operated keypads, a personal computer with a built-in knife sharpener, and a “transportable” Honda computer that actually turned into a single passenger automobile. The smart watch arguably fell in this latter category of “too stupid to live.”

However, there is a certain irony to Byte’s April-Fool’s joke-turned-ace-prediction: the same concept that made artist Robert Tinney’s construction of a smart watch so chortle-worthy was a part of the process that made today’s smart watches possible.

Conceptually, Tinney’s smart watch was created by taking the most cutting edge technology available at the time and condensing it. The full keyboard, floppy disk, and even the monitor complete with text-based interface represented the pinnacle of personal computing in 1981. However, even the sleekest PCs of the day weighed in at over 25 pounds, so the thought of miniaturizing something so massive onto a wrist watch was pure science fiction. In fact, one could argue that such a concept was even beyond the best sci-fi of the era: plenty of Star Trek tech is now reality, but even a visionary like Gene Roddenberry couldn’t predict how small things like a communications device could be in real life.

Of course, while the evolution of integral components like micro-processors, LED’s, power sources, and visual operating systems meant that computers could shrink in size while expanding in terms of processing power and capability. However, at least conceptually, the evolution of smart devices was not too far different than Tinney’s method of lampooning future tech: over 30 years, laptops were simply condensed versions of streamlined PCs, which were condensed into smartphones and tablets, which were in turn condensed into smart watches.

Though originally meant to be a goof, Tinney’s smart watch illustration (prints can still be ordered though his website) is an awesome testament to technology. Like many of science’s greatest breakthroughs, an idea from even the most unlikely, unintentional sources can evolve into something real and incredible. Byte’s most famous April Fool’s joke turned out to be a sound idea, it was just a couple breakthroughs and about a thousand major branding pushes away.