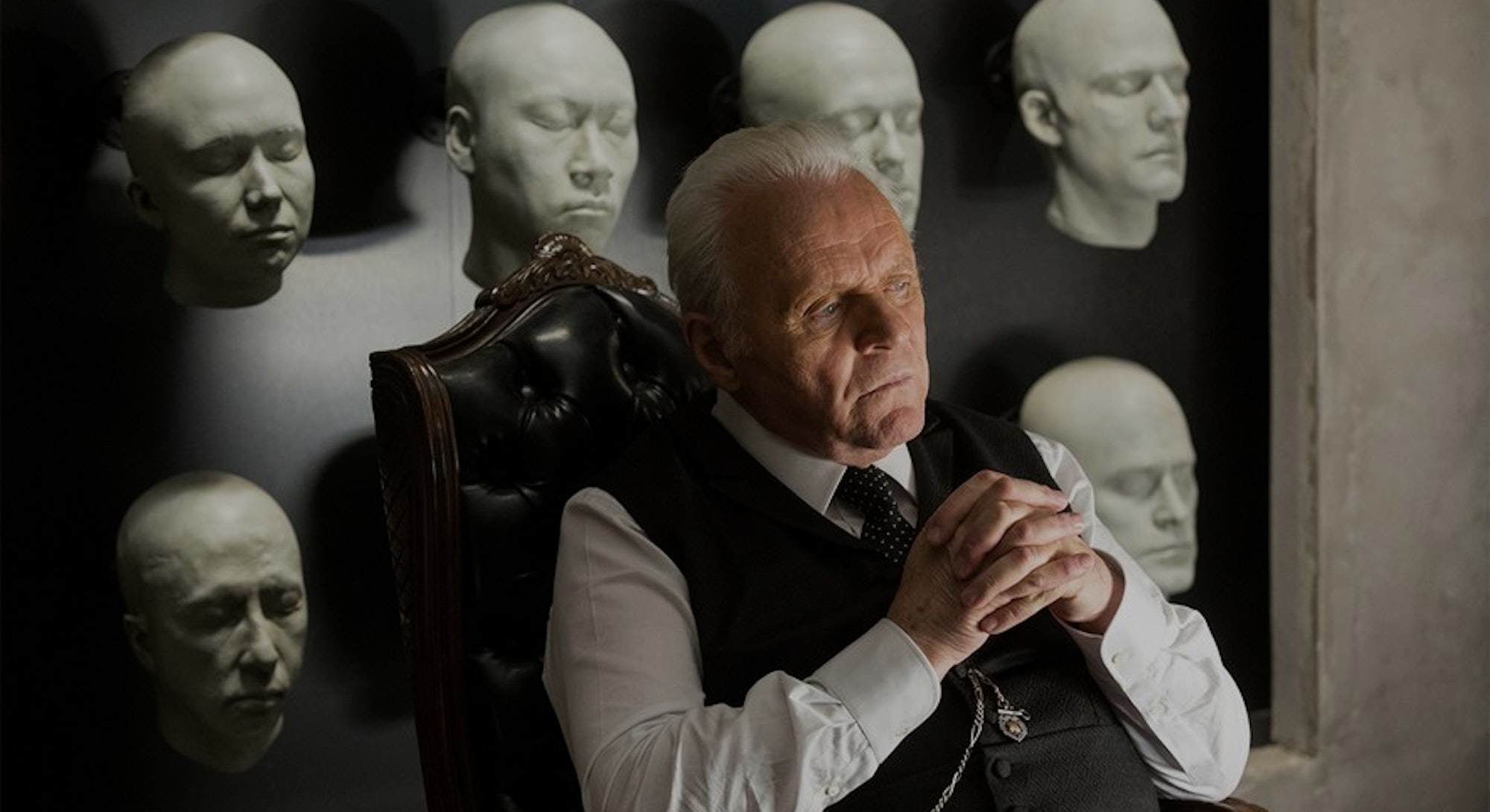 The idea that technology inevitably mimics — then trumps — evolution is, on first blush, the subtext of HBO’s new hit show Westworld. This makes the prestige science fiction drama zeitgeist-y as hell. At the dawn of the age of artificial intelligence, the public is used to hearing from neural net weavers and Judgment Day prophets claiming that robot self-awareness is a few software updates away.

But what makes Westworld fascinating and unexpectedly subversive is that its allusions to cutting-edge research seem to have been — to a degree — an intellectual smoke screen. Fans just got a peak through that haze in Episode 3, “The Stray,” when Dr. Robert Ford (Anthony Hopkins), the show’s modern Prometheus, name-checked Julian Jaynes’s theory of the “Bicameral Mind.” For an instant, the show was laid bare.

In introducing the concept, Westworld’s writers make it clear that the show’s artificially intelligent robots aren’t breaking out of pre-programmed bondage because of a glitch or a virus — as was the case in the original film. They’re breaking out because of their exposure to increasingly complex language. They are being given the code mankind developed over millennia on parchment and papyrus. Not only does this explain why one of Westworld’s most powerful engineers is so furtive about providing a bot with access to Lewis Carroll, it explains why the show seems to vacillate between literary and technological ideas at neck-breaking speed.

In short, bicameralism, as a concept, organizes the show’s key ideas into a narrative line. And yes, it’s a straight path toward confrontation.

Inverse reached out to Marcel Kuijsten, author of Reflections on the Dawn of Consciousness and the executive director of the Julian Jaynes Society. An IT professional fascinated with the idea of emergent consciousness, Kuijsten provided new insight into what has been going on in Westworld and what is likely to happen next.

The theory of the bicameral mind is name-checked in the third episode of Westworld, and a character immediately suggests that it’s been debunked. Has it?

What are the key differences between a bicameral mind and a modern human brain?

When we’re talking about the bicameral mind, we’re talking about this period after language develops, but before we learn consciousness. In lieu of an introspective mind-space, we’re hearing a commanding voice when we have decisions to make. As language gets more complex through metaphor, we develop the ability to have introspection and little by little, the hallucinations are suppressed.

The term bicameralism is borrowed from civics. It alludes to the interaction of two governing bodies. What are they, and how do they function in concert?

We have language areas in both hemispheres, but we’re really mainly using the dominant one — if you’re right-handed, the language area is in your left hemisphere. The question was always, “What are the areas in the non-dominant hemisphere doing?” And for a long time people thought, well … nothing. It wasn’t until the late ‘90s — actually 1999 — that the first MRIs were done that confirmed what Jaynes called the “neurological model.”

How would we know if we met a being, robot or human, with a bicameral mind?

When Jaynes is talking about bicameralism, he’s not talking about someone in a sort of zombie-like state. That’s a total misconception. He’s describing a highly intelligent, linguistic person minus the introspection. The truth is, we can all actually get through most of our days non-consciously. If the robots in Westworld are bicameral, then they would be responding to some kind of external guiding voice.

So it’s a deeply internal thing that would be hard to diagnose in someone else.

People that don’t read Jaynes’s book often say, “Well, evolution doesn’t work that fast and we couldn’t have seen such a rapid transition in the brain.” But Jaynes never makes the argument that it’s a biological, evolutionary change. He’s talking about a learned process.

Daniel Dennett, the philosophy professor, uses a metaphor: It’s a software change, not a hardware change. So it’s like a new operating system.

So, within the context of Westworld, that would suggest that the robots would inch toward consciousness every time someone read them a book, something that happens a lot. Would that transition be apparent to the engineers putting these automatons through high school English Literature curriculums?

I think there’s a sense that Jaynes makes it a little bit more of a stark transition, and I think he had scientific reasons for doing that, to make the theory seem more testable. But the more I’ve learned and the more I’ve read ancient literature, it looks like consciousness is not a sort of an on-off type of switch, but a package of features.

Historically, it’s how we came to this whole notion of God.

The voice functions sort of both as a form of social control and also as a way to direct behavior. You would hear the voice of the chief of the tribe, or the king, and then as the leader died, what would happen was that followers would still hear his commanding voice. So that’s why you see all around the world, the dead are treated as living, and fed, and propped up, and worshiped. So in the death of the leader, we see the birth of the concept of the gods. In ancient Egypt, for example, each king that dies becomes the God of Osiris.

In modern religion, it’s all so remote, but in the ancient world, the gods were not distant at all. A friend of mine once said the old gods are like your high school football coach: They’re right there telling you what to do all the time.

So, when the Dolores bot hears a disembodied voice telling her what to do, she’s engaging on some level with self-consciousness within a social context.

What the Westworld writers have done is taken this idea that the robots are non-conscious, and acting out these behavioral routines when they start getting these glimmers of memory. That’s the beginning of introspection, and sort of parallel to that, they’re getting voices directing their behavior.

Sounds like we’re on the road to self-consciousness and we’re going to get there one passage of Alice in Wonderland at a time.

The question is: “Can a robot with sufficiently complex language become conscious?”

I guess there’s no reason to really think that it’s completely impossible if they have the metaphorical basis of the external world to build up an interior space.