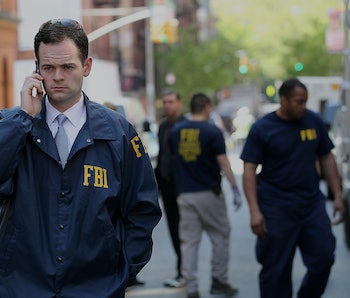 It might be open season on locked iPhones, because FBI officials just jumped in to help out prosecutors on a homicide case in Arkansas unlock an iPhone and iPod Touch that might contain evidence. Neither the FBI nor the prosecution confirmed if the method used is the same one that just unlocked an iPhone connected to the San Bernardino shootings, ending months of legal dispute between Apple and the FBI.

Still, it’s telling that the Arkansas prosecutors asked the FBI for help less than a day after they announced they’d gotten into the San Bernardino phone. If the method is the same, it could be disastrous news for Apple.

Cody Hiland, prosecuting attorney for Arkansas’ 20th Judicial District, told the Los Angeles Times that his office reached out to the FBI’s Little Rock field office for help cracking the security on devices owned by two of the suspects in the killings of Robert and Patricia Cogdell in July of 2015. The FBI agreed to help, and Hiland’s office specifically asked to delay the trial of 18-year-old Hunter Drexler to see if the FBI can crack his Apple devices and add their data to the already extensive list of digital evidence it has collected from Facebook and other social media accounts.

“The iPod had just come into our possession a couple of weeks ago,” Hiland told the LA Times. “Obviously when we heard that [the FBI] had been able to crack that phone we wanted to at least ask and see if they wanted to help.”

One of the devices the FBI is helping unlock in Arkansas is an iPhone 6, a newer model than the iPhone 5C the FBI managed to unlock in San Bernardino. Apple still has no idea how the FBI (with help from an “outside party”) broke through its security features, and if the same exploit proves viable on later model iPhones or iPod Touch devices it could have an even larger problem than we previously thought.

Still, experts are skeptical that the FBI would use their new classified technique in a criminal investigation. An anonymous official told the LA Times that the FBI probably wouldn’t use the technique this early in criminal prosecutions where its secret could come out in trial. Andrew Crocker, a staff attorney with the Electronic Frontier Foundation, had the same thought.

“In a criminal case, if the FBI uses a technique, there’s going to be questions about divulging that technique or chain of custody to the defense,” Crocker told the LA Times. “So my instinct is this might be something different.”

In other words, the FBI could have an entirely new way around iPhone and iPod security systems that it doesn’t mind sharing. We don’t know if their efforts to break into the Arkansas phone were successful or not. Hiland said he didn’t know what version of iOS the suspect’s phone was running, but it could be major news if a newer-model iPhone in Arkansas is as vulnerable as the San Bernardino iPhone 5C. Either way, Apple’s security is leaking like a pasta strainer right now, and the battle over encryption is far from over.

More like this
Innovation
8.11.2022 11:00 AM
“Quantum materials” could give the human brain a run for its money, scientists say
By Nathaniel Scharping
Innovation
18 hours ago
60 years ago, an iconoclast designer revealed a fix for our biggest tech problem
By Tim Gorichanaz and The Conversation
Science
8.1.2022 10:00 AM
A powerful new dark matter facility could finally unlock physics’ most elusive mystery
By Andy Tomaswick and Universe Today
Related Tags
Share: