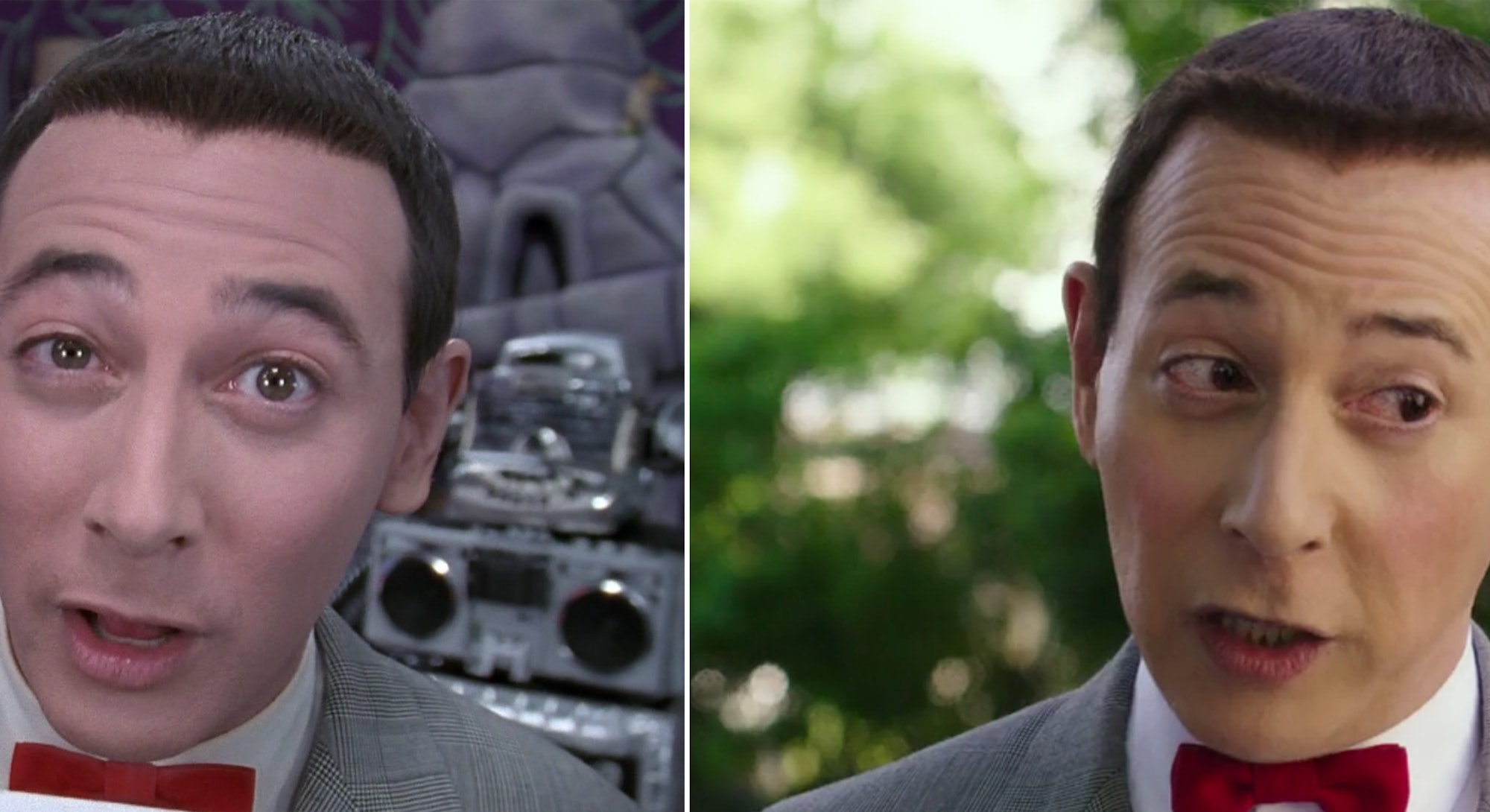 Pee-wee Herman is an ageless man-child. Paul Reubens is not. A decade ago, that would have been reason enough to nix the reboot of the iconic, besuited character’s pseudo-franchise. But, thanks to new digital technology, Pee-Wee’s big comeback in Pee-wee’s Big Holiday feels like it picks up where Pee-wee’s Playhouse left off, when it went off the air in 1991. It’s like someone clicked pause and play again.

Reubens is 63 years old, and hasn’t been on the big screen as his alter ego since 1988’s Big Top Pee-wee; his last time on a regular TV series as the character was Playhouse, with a few random appearances and commercials scattered over the years. After writing the script for Pee-wee’s Big Holiday with comedian Paul Rust, he and producer Judd Apatow spent several years looking for a home for the film. But even as he charged forward in working to revive the character, he knew that he would require some major technological assistance.

“I feel I’m too old to be in a Pee-wee Herman movie without that,” Reubens told the New York Times last month. “Pee-wee doesn’t work, to me, with age mixed into it. So I knew I wanted digital retouching, and that was my biggest concern from the get-go, with Judd, when it came to budgeting, because it costs a fortune. I could have had a facelift and we would have saved two million dollars.”

Here’s a look at the work he was able to get done; on the left is a still from the final season of Pee-wee’s Playhouse, which aired in 1991, and on the right, is a shot from Pee-wee’s Big Holiday.

Instead of a facelift, they relied on makeup, some tape to pull back neck wrinkles, and cutting-edge visual effects from a company called Vitality Visual FX. Vitality, which, like other companies that do post production makeover, is press averse, declined to comment for this story. It’s a relatively new firm, but their effects artists have worked on films such as X-Men: Days of Future Past, which had a lot of the de-aging work that Reubens required.

The final result isn’t perfect, but just compare a shot of Reubens with (on the right) and without (the left) the VFX touch-up:

Clearly, all the work made a big difference. Luckily, the artists had plenty of reference material, thanks to the two Pee-wee movies and five TV seasons. They pay close attention to certain areas, as the wizards at Lola FX told NY Mag last year when discussing the more drastic face-lift they gave to Michael Douglas for Ant-Man.

“The most obvious thing is that the skin along the jaw in most people tends to get lower and lower and sag a little bit as you get older. Particularly around the throat and the Adam’s Apple area, you’ll get a build-up of extra skin down there,” Trent Claus told the magazine. “One thing we’ll have to do to de-age someone is restore that elasticity and try to not only to remove the excess skin, but pull it back up to where it once was.”

There’s no way to fully de-age someone — yet — and there are obvious differences between the Reubens of 1991 and the digitally de-aged version of today. His hairline is higher, his cheeks are thinner, and the coloration is a bit different. That said, Reubens looks young enough here that his age is not so much a distraction in the film, which takes viewers on a fantasy ride, anyway.