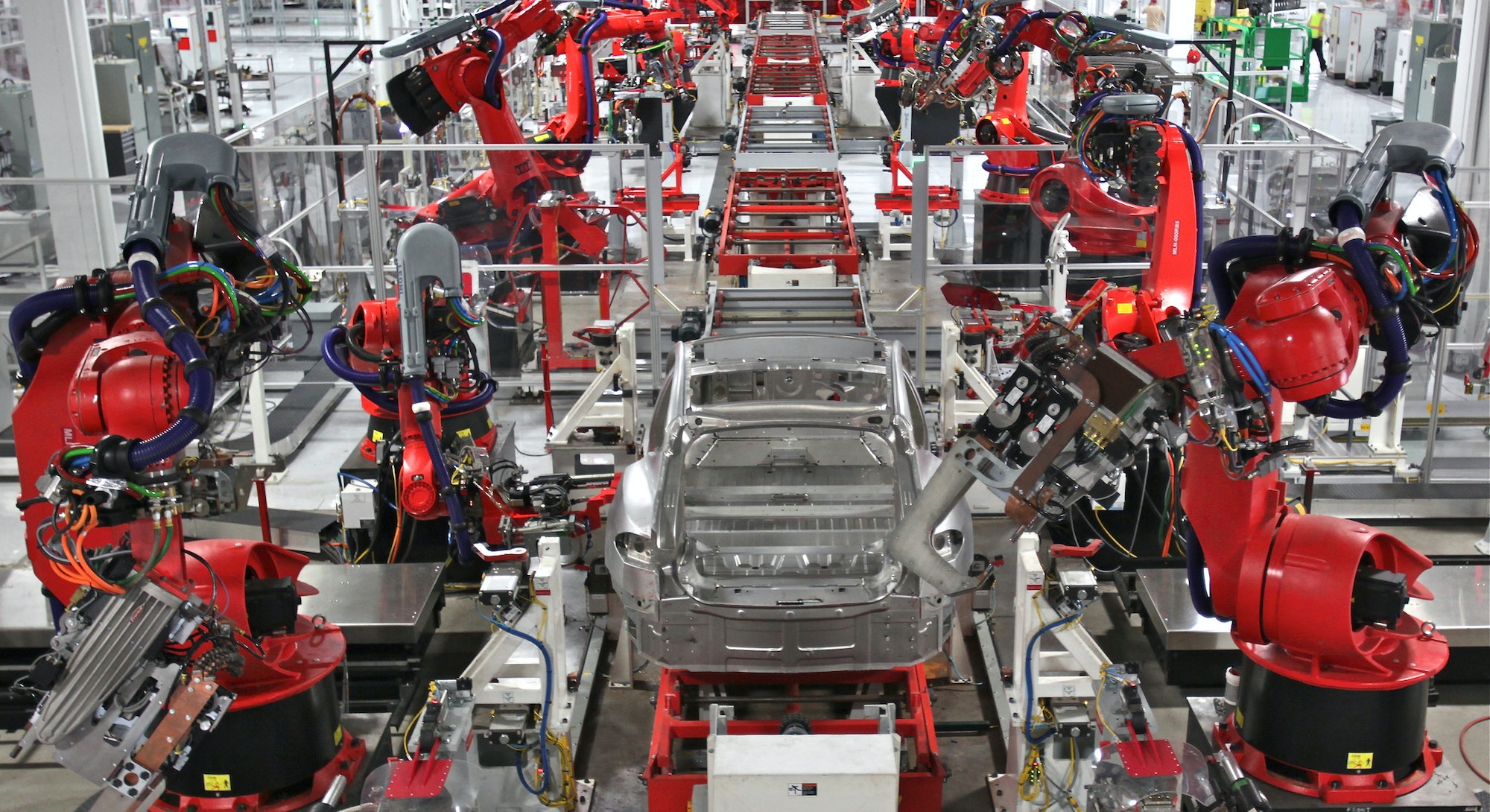 At the end of February, the Advanced Research Projects Agency-Energy — ARPA-E — held its seventh annual Energy Innovation Summit in Washington, D.C., bringing together more than 2,300 people to hear clean energy luminaries, including former Vice President Al Gore, offer their thoughts on the future of energy. But the real news took place before the summit, when more than $1.25 billion was granted to private companies, some of which are working the batteries of tomorrow.

One of those projects is Solid Power, a battery company that emerged from the University of Colorado and operates in the “beyond lithium ion” space. Using “bulk solid state” batteries, its CEO, Doug Campbell, tells Inverse that he’s a “firm believer in solid state batteries as a technology of the future” before adding, “although it’s not going to happen overnight.”

“When you think about it, the battery is everything for an electric vehicle,” he says.

And right now, he doesn’t have a lot of competition, as there aren’t a lot of developers of “bulk, high-energy, solid-state batteries.” But that’s going to change soon because of those electric cars.

ARPA-E is modeled after DARPA (the Defense Advanced Research Projects Agency, which oversees new technology that could be used by the military), but has only been around for a few years. Back in 2007, then-President George W. Bush passed and signed into law the America COMPETES Act, which, among other things, created ARPA-E, and two years later, President Barack Obama handed $400 million to the agency for its first round of funding. The organization funds innovative energy projects, then follow-on funders — be they commercial entities or private investors — hop on the bandwagon with money of their own.

One major class for these projects is battery development. Scores of projects claim that their breakthroughs will drastically improve something about batteries, whether it be range, or durability, or shape (some batteries are built into the car’s frame for structural soundness and lighter loads.)

ARPA-E gave Campbell’s Solid Power $3.5 million, which, he explains, is being used to “mature the technology.” So, with Solid Power, ARPA-E’s funding helped spur that maturation process by taking a unique, breakthrough technology demonstration and “reducing it to practice — in the form of a battery.” And, on top of that cool $3.5 million, Solid Power has already received “funding from commercial entities” in the automotive sector and is “in the early planning stages for a private investment round.”

“I believe that,” he says. “I really do. And partly because a) it’s five years in the future — or four — and b) it’s a time frame of 10 years, so it gives you sufficient wiggle room.”

Here’s a hand-selected batch of some other ambitious battery projects, all of which both aim to change the future of transportation and which have received at least $1 million in funding from ARPA-E. (This list is organized by the amount of funding the project received from ARPA-E.)

MIT’s ability to get companies and organizations to throw money at its projects is bar none. But this project seems worth every penny of $7 million, because it’s affordable and large-scale, which would mean we could store a lot of electricity and facilitate wind and and solar power. Here’s the condensed version:

Electroville is creating a community-scale electricity storage device using new materials and a battery design inspired by the aluminum production process known as smelting. A conventional battery includes a liquid electrolyte and a solid separator between its 2 solid electrodes, but MIT’s battery contains liquid metal electrodes and a molten salt electrolyte. Because metals and salt don’t mix, these 3 liquids of different densities naturally separate into layers, eliminating the need for a solid separator. This efficient design significantly reduces packaging materials, which reduces cost and allows more space for storing energy than conventional batteries offer. MIT’s battery also uses cheap, earth-abundant, domestically available materials and is more scalable. By using all liquids, the design can also easily be resized according to the changing needs of local communities.

All battery projects tout the fact that their batteries would drive down the price of EVs, which would benefit the environment and the economy — in addition to lowering our demand on foreign oil. 24M’s energy-dense battery, though, “would enable an EV to travel from Chicago to St. Louis (300 miles) on a single charge, for less than $10 on average.” Here’s how:

“Scientists at 24M are crossing a lithium-ion battery with a fuel cell to develop a semi-solid flow battery. This system relies on some of the same basic chemistry as a standard Li-Ion battery, but in a flow battery, the energy storage material is held in external tanks, so storage capacity isn’t limited by the size of the battery itself. This creates a cost-effective, energy-dense battery that can improve the driving range of EVs or be used to store energy on the electric grid.

“If successful, 24M’s project would improve the driving range of EVs and reduce their sticker price, enabling a shift in transportation energy from foreign oil to domestically powered electricity.”

PolyPlus’s battery “would enable an EV to travel from New York City to Raleigh, North Carolina (500 miles) on a single charge.” These batteries will “breathe in air from the atmosphere for user as an active material in the battery.” The lithium-air (Li-Air) battery will also store “nearly 700 percent as much energy as traditional Li-Ion batteries.” The company says it’s close to making a “critical breakthrough” that will allow it to “recharge by moving lithium in and out of the battery’s reaction chamber for storage until the battery needs to discharge once again.”

Alternative energies are wonderful, unless you can’t effectively store the excess electricity. And ARPA-E’s mission statement for this program calls just that: “Flexible, large-scale storage…” United Technologies Research Center thinks it’s on the right track. It’s “developing a flow battery with a unique design that provides significantly more power than today’s flow battery systems.” What’s a “flow battery,” you ask? Think of it as “a cross between a traditional battery and a fuel cell.” As far as output, UTRC hopes it “achieves 10 times higher power than today’s flow batteries. This high power output means the size of the cell stack can be smaller, reducing the amount of expensive materials that are needed.”

Yes, this is the battery that could become part of the car. It “can be incorporated into the structure of a vehicle to improve strength in some cases.”

“Cadenza’s design enables flexible placement of battery packs to absorb and manage impact energy in the event of a collision. Cadenza’s battery will use a novel configuration that allows for double the energy density through the use of a multifunctional pack design.”

“Solid Power’s liquid-free cells store more energy for their size and weight, but use non-flammable and non-volatile materials that are stable high temperatures. This results in improved safety in the event of a collision or fire. Additionally, Solid Power plans to use low-cost, abundant materials… that could reduce battery manufacturing costs, to help drive down the cost of EVs.”

Edison may be rolling in his grave now that Xilectric may be capitalizing on his near century-old vision.

“Xilectric is developing a totally new class of low-cost rechargeable batteries with a chemistry analogous to the original nickel-iron Edison battery. At the turn of the 20th century, Thomas Edison experimented with low-cost, durable nickel-iron aqueous batteries for use in EVs. Given their inability to operate in cold weather and higher cost than lead-acid batteries, Edison’s batteries were eventually dismissed for automotive applications. Xilectric is reviving and re-engineering the basic chemistry of the Edison battery, using domestically abundant, environmentally friendly, and low-cost metals, such as aluminum and magnesium, as its active components. Xilectric’s design would be easy to manufacture and demonstrate longer life span than today’s best Li-ion batteries, enabling more widespread use of EVs.”

Many of the previous projects were involved in an ARPA-E project that merely aims to improve batteries. Another project, though, looks for companies who can integrate batteries into the structures of electric vehicles themselves, thereby reducing the weight and increasing the range.

“Stanford’s research will result in a multifunctional battery chassis system that is safe and achieves high efficiency in terms of energy storage at low production cost. The integration of such a battery system would result in decreased overall weight of the combined vehicle and battery, for greater EV range.”