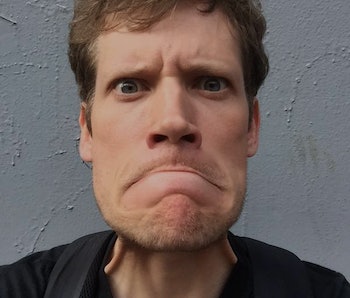 On Monday, 4chan creator Chris Poole (“moot” to the /b/ board) announced he will join Google in a still-undefined role. The only clues we have so far are Google’s statement that they will take advantage of Poole’s experience “building online communities” for the 12 years he spent cultivating the web’s unofficial meme incubator, and that Poole will report to Bradley Horowitz, VP of streams, photos, and sharing. So how did a man who indirectly spawned web counterculture from lolcats to hackivist collective Anonymous end up at the relatively staid search giant?

Poole announced the move in a blog post titled “My Next Chapter”, writing:

When meeting with current and former Googlers, I continually find myself drawn to their intelligence, passion, and enthusiasm — as well as a universal desire to share it with others. I’m also impressed by Google’s commitment to enabling these same talented people to tackle some of the world’s most interesting and important problems.

I can’t wait to contribute my own experience from a dozen years of building online communities, and to begin the next chapter of my career at such an incredible company.

For anyone who thought moot was trolling, Horowitz confirmed the news on his Google+ page: “You might have seen this post from Chris Poole. I’m thrilled he’s joining our team here at Google. Welcome Chris!”

Poole sold his creation to inspiration and Japan’s “internet bad boy” and 2channel founder Hiroyuki Nishimura in September 2015, declining to reveal the price or terms of the deal. Seeing the man behind the meme mine’s new job verified on Google+ has fueled the ongoing speculation that Poole’s talent for keeping his community fresh for more than a decade — a Roman empire in web years — would be the perfect fix for the search engine’s frail social media offerings.

Google Plus may have claimed 2.5 billion users in May 2015 (more than double Facebook’s numbers at the time) but that was only because every Gmail address was automatically given a Google+ account. Users who actively used the account was another matter. One independent report found that 90 percent of Google+ accounts had never made a single post and in July 2015 even the company admitted forcing integration on angry users was a bad idea and started stripping the Google+ requirement out of its products.

Poole, on the other hand, is a social media savant. He started 4chan at the age of 15 in 2003 as an image sharing hub for anime fans; the only rule was a ban on child pornography. His first post: “I politely [ask] people not to post stupid stuff on these boards.”

Poole embraced anonymity and his users took full advantage. They refined memes that could be anything from sarcastic to vulgar to funny to ugly and racist. They also invented Rickrolling.

Poole ran the site alone and kept to his screen name, only publicly identified himself in a 2008 Time magazine interview. In that same interview, he was sanguine on the millions of dollars in venture capital going to icanhascheezburger.com, another phenomenon grown in the 4chan petri dish.

“They seem like nice people,” he says. “You can’t blame them for taking something and capitalizing on it. I don’t.” But he’s barely covering costs. Moot runs ads on 4chan, but the site needs massive amounts of bandwidth, and corporations are loathe to associate their products with 4chan’s content. “It’s been a pretty uphill battle getting advertisers to take us seriously and appreciate the community and the power it wields,” he says.

Then, in 2009, his community rigged a Time poll and gave him 16,794,368 votes to name him the World’s Most Influential Person. Obama, Oprah Winfrey, and Vladimir Putin couldn’t compete.

In a 2011 Web 2.0 summit interview, he addressed how Google+ had failed to give users a real alternative to Facebook, in part, by refusing to embrace anonymity.

It is absolutely important. It is more important as a contrast to [real names]. People paint this in black and white, when it really isn’t. Nothing should be no one right way of doing anything. I think most people view anonymity as a natural opposite to something like a Facebook identity. With Plus I think Google really missed this opportunity to really innovate in a way that Facebook hasn’t, and to support this idea that you are many people. I mean, Christopher Poole with a face is different than Christopher Poole without a little picture. Which is different than a Chris, than a Moot. We are all different people based on the context where we are faced. We are different people in front of different audiences. Google could have used that opportunity to support this fluid identity.

One of the things I talk about is this prismatic identity, that you are multi-faceted. You are not just who you are sharing with, it is who you are sharing as. It is really a piece of you is changing and people are seeing a different face of you. Google could have done a better job of “that is totally it, let’s run with that.” Instead they deleted accounts without real names. They don’t even let you pick a vanity URL or user names. It is even worse than Facebook is, in that sense.

Still, Poole wanted to move beyond his greatest creation, launching a remix artist community called Canvas in 2011 and a game called DrawQuest in 2013.

In a 2011 SXSW keynote presenting Canvas, Poole talked about the pull of his community, and how he hoped to translate it to his new ventures.

It’s not the content it’s not the images that are lost to time. It’s the experience. It’s using 4chan at 9 p.m. on a Sunday is what’s really special. It’s sharing, it’s feeling that group presence, it’s sharing kind of in the moment with others. It’s experiencing things in this certain way that’s never going to be felt again.

Venture capitalists pumped millions into the sites while Poole remained 4chan’s sole full-time employee, but they failed to attract anything close to his baby’s 22 million monthly users.

Canvas and Drawquest both shut down in January 2014. At the time, Poole wrote about his first real flop in the blog titled “Today My Startup Failed.”

Our most recent product, DrawQuest, is by all accounts a success. In the past year it’s been downloaded more than 1.4 million times, and is currently used by about 25,000 people a day, and 400,000 last month alone. Retention and engagement are great. And yet we still failed.

After a decade-plus helming 4chan, moot [announced] on January 21, 2015 that (https://www.4chan.org/news?all#118) he was ready to step aside In an interview with The Verge. That day, he explained how his lengthy tenure and a sudden rush of controversies like Gamergate and The Fappening contributed to his retirement.

It’s definitely been a long time coming. My march toward making the site independent really began in late 2012, early 2013, in the run-up to the 10th anniversary. Every year up until 10, I had been thinking one year out. Then when you hit 10 years, your scale changes. You think, shit, if I made [it to] 10, then it’s not inconceivable that you might hit 15 or 20. And in my case, I started to really evaluate what needed to change in order to do that.

Since the announcement, he’s been cagey about questions of whether he’d step in at Google Plus while hinting that there were only so many people with his special expertise. Take this excerpt from a January 2015 interview at TechCrunch where Poole talks about his future:

I honestly have no idea. Last year, I was coming off this four-year slog with a startup and was really burnt. I was really excited to veg out, I’ve had the last year, not vegging out, but investing in myself and a lot of hobby stuff. I took care of myself. After the four and a half years of Canvas [DrawQuest’s predecessor], I needed to decompress and treat myself better. Now I don’t have the same exhaustion.

I have no idea what’s next but I think i’m ready for something new.

Poole hasn’t responded to Inverse’s interview requests, yet but we’ll update you if and when he does. Early reports say he’s already moved across the country and been working for Google for a week already. As Apple fights to keep its products encrypted and Facebook willingly turns user data over to the FBI, the time is ripe for someone who values community and anonymity — to carve out a competitive alternative social media network.