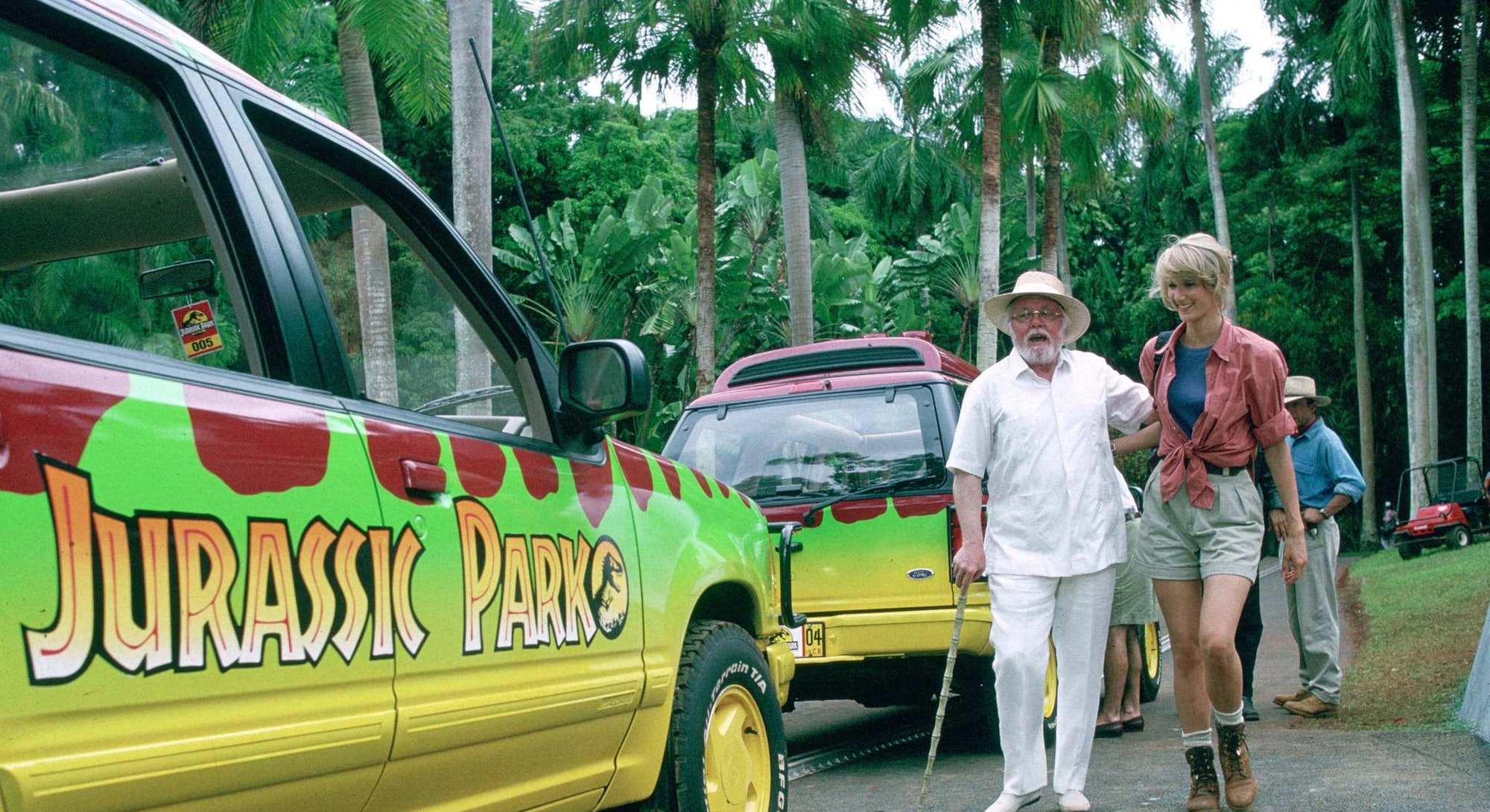 Sometimes you’ve just gotta build the car of your dreams, especially if that car is from Steven Spielberg’s 1993 dinosaurs-run-amok classic Jurassic Park. One of the most iconic man-made details of the movie — besides the dinos — were the cars that the titular park used to ferry its would-be guests to each dino attraction. Though the Jeeps were particularly snazzy and great hiding places for a dilophosaurus, it’s the multi-colored Ford Explorers that fans remember most.

And it’s fans like Richard Joyce, a.k.a. Voicey on Reddit, who take their fandom to the next level. After catching the maker itch from a fellow redditor, the UK-based Voyce set out to build his very own Jurassic Park Explorer replica. He posted the results to Reddit, and the page blew up.

We spoke to Voyce about the ins-and-outs of recreating the coolest looking car from your favorite movie.

Sean Hutchinson: How did this project come about?

Richard Voyce: I was browsing Reddit a few years ago and saw redditor Scoodidabop’s Explorer over in the U.S, and it immediately took me back to being a kid in 1993 seeing Jurassic Park for the first time. I’ve been a big Jurassic Park fan ever since — never warmed to the sequels — but JP1 will always be a favorite. I was kind of bored of the car scene and looking for something different, and the thought of building one was so random and appealing to the child still in me, I just really wanted to do it.

Is this the first kind of DIY project you’ve done? If not, is it the largest or most complex?

Nothing beats buying a house from the 1930s that my partner and I more or less gutted and rebuilt ourselves. I’ve also had a string of older cars I’ve done a heck of a lot of work on, but the Explorer takes the silver medal for most challenging project.

Did you do this primarily by yourself or did others actually help you outfit the truck to look like the Jurassic Park truck?

Building this thing was a reminder of how awesome the internet can still be. The most amazing story behind it is that a friend of mine from Sweden helped me find the correct wheels through the Facebook Jurassic Park motor pool group. Not only did he find them, he asked a relative to purchase them, then hired a trailer and drove a massive distance to collect them, then shipped them to me in the UK. I’ve never actually met him, it amazes me now still.

Then there was the random guy on a Ford Explorer forum who donated a pair of tail light guards to me. Scoodidiabop, whose Explorer inspired me on Reddit, found a pair of accurate dash cameras. My local friend Stew spent many evenings helping me with flatting paint and refitting parts — aided by a few beers. My sister and brother-in-law sorted the graphics, and my patient missus did an awesome job of masking the stripes. She’s the reason the paint fade turned out so well.

How did you find the correct American Ford Explorer to convert to the one from the movie, especially in the UK?

A few months after having the seed sown in my mind that I’d like to build one I spotted a first-generation Explorer in Classic American classifieds by chance, and I simply had to buy it. Later Explorers are easy to find because Ford tried to sell them in the UK, but I really had to have the right body style. It meant selling my old custom Buick to fund it, which was kinda painful but worth it in the end.

What was the most difficult aspect of the project?

Definitely the paint. That luminous ‘90s paint job was daunting. I’d only painted cars with rattle cans or old school cellulose paint before and didn’t have the funds to get that color scheme done professionally. But bad experiences with expensive paint jobs in the past made me determined to learn as I went along. Using professional 2K paint was a big learning curve and mistakes were made — panels had to be redone — but with the help of friends it turned out really well.

So what was the paint process like? Was it just by hand?

The stripes were my girlfriend’s handiwork. We hung up stills from the film and pictures of the Explorer when it was in good condition at Universal Studios. She patiently masked off the stripes perfectly after painting the red bits. The green/yellow paint fade stressed me out because it’s something that not many get right. But again my girlfriend just mentioned one day that when she fades her nail paint she starts at the bottom of the fade then builds the color up, and after a little practice the technique worked perfectly through a spray gun on the car.

What has the response been like? Have you heard any feedback from official channels?

The response has been been pretty amazing. Most of my friends were like “WTF are you doing?” at first, but most admit it’s kinda cool now. It’s great fun just taking it for a drive and have people stopping to take pictures. Some think I’m a dork for driving it, but who cares?

The Explorer is kind of niche perhaps in the movie car world. Most movie car builds are based on the usual: the A-Team van, Kitt, the General Lee. Those are all cool, and obviously far more exotic than a Ford Explorer to begin with, but I think mine just hits home with the generation who were kids in the early ‘90s.

I was asked by Lego to promote their video game in London last year and it went down well. I was also asked to attend the opening of an IMAX Jurassic World premiere, so some sort of official channels seem to approve.

All told, how much do you think this project cost you personally?

All in all, I reckon it’s cost about £5000 total [more than $7,000 U.S.], which isn’t much when you consider the average show car budget. Obviously some bits are pretty DIY and the paint won’t win a Meguiars Concours competition, but it really doesn’t matter.

Where do you plan on showing the car in the future?

I enjoy attending film and comic-cons. I’m hoping to join up with a couple of guys who have Jurassic Park Jeeps this year and just going along to car shows. But the most fun really is just driving it around or going on trips to the local safari park.